5 Acadianians who are making their mark on their professions, their communities and the region. 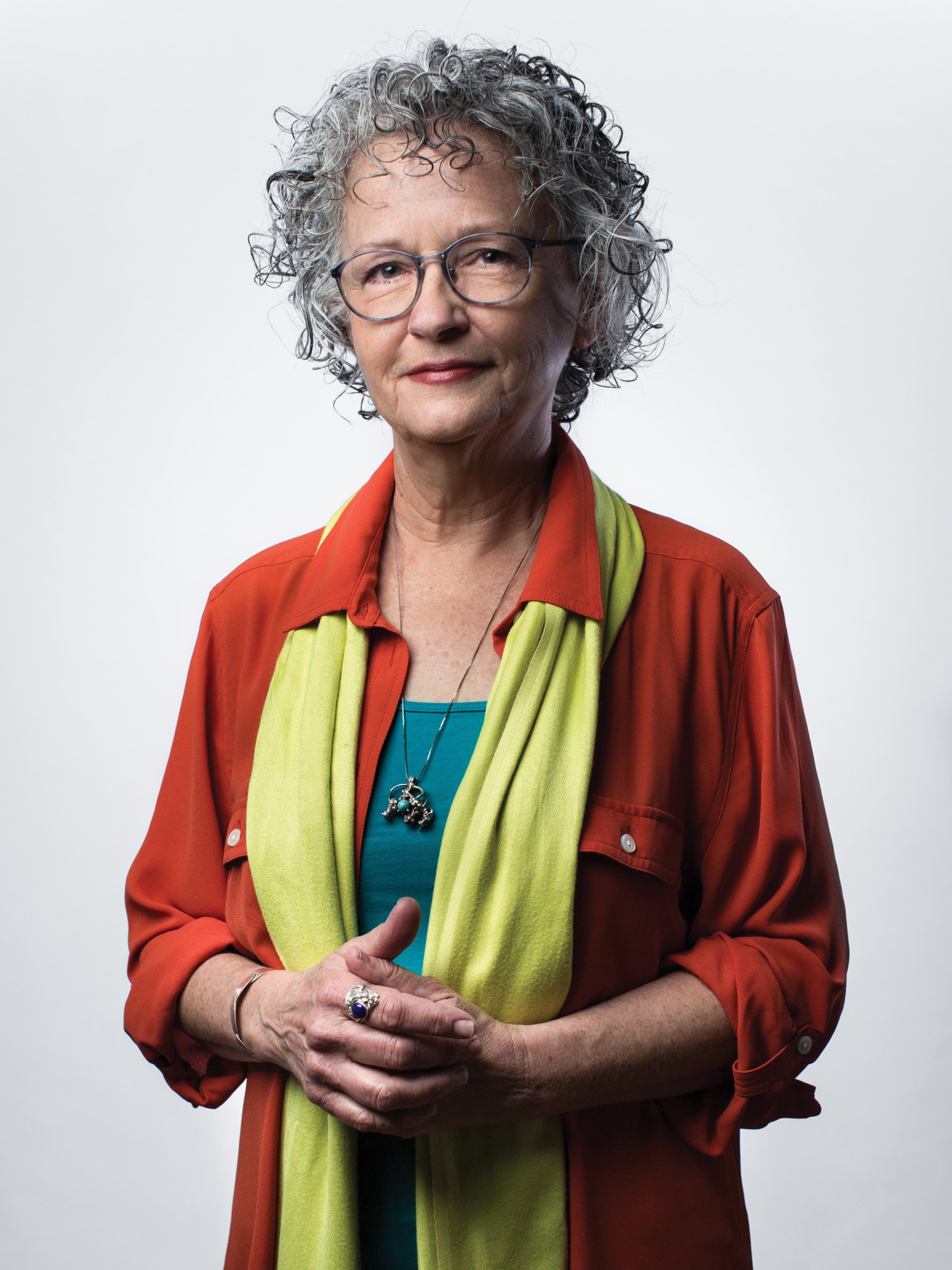 Anne Darrah had rarely volunteered in New Iberia until she got the idea of improving her neighborhood by planting trees.

She is a retired designer and art director who won numerous awards for her work at The Times of Acadiana, as a board member of Festival International in Lafayette and as the principal of her own design and marketing agency. Along the way, she also became a skilled cabinetmaker and, with her husband, Curtis, formed a duo called Fair to Middlin’ that played a mix of bluegrass and folk they called folkgrass for six years in five states.

In December of 2019, her project began to take shape. She went door-to-door offering to plant trees in her neighbors’ yards. Local Scout troops planted 40 trees donated by Apache Corporation on her street and around the corner on Henry Street, which runs through the heart of Lil’ Brooklyn, a traditionally African-American neighborhood that at one time was called Freetown. The Lil’ Brooklyn name was coined by a resident who had been to New York and said that the nearby bridge over Bayou Teche reminded him of the bridge over the East River connecting Brooklyn to Manhattan.

The project evolved due to the work of volunteers and local residents. Through the efforts of Bayou Paints, a local retailer, they received a Benjamin Moore grant for the paint needed to paint the houses on Henry Street in a Caribbean color palate. They have painted 12 houses and painted the trim on eight more in Lil’ Brooklyn, thanks to donations and grants.

In addition to planting trees and painting houses, the project included upgrading and expanding a pocket park in the neighborhood, planting a small orchard, convincing four owners of empty houses to sell to people who would fix them up and live in them and cleaning and clearing neglected properties. The group is on its third tree grant and in the process of raising money to tear down a vacant commercial property on Henry Street. The plan is to replace it with a plaza and covered pavilion for students waiting for school buses unable to navigate the narrow dead end streets.

The Lil’ Brooklyn Neighborhood Initiative has its own Facebook page that documents some of the work that has been done and includes a replication guide for neighborhood initiatives. — by Stanley Dry 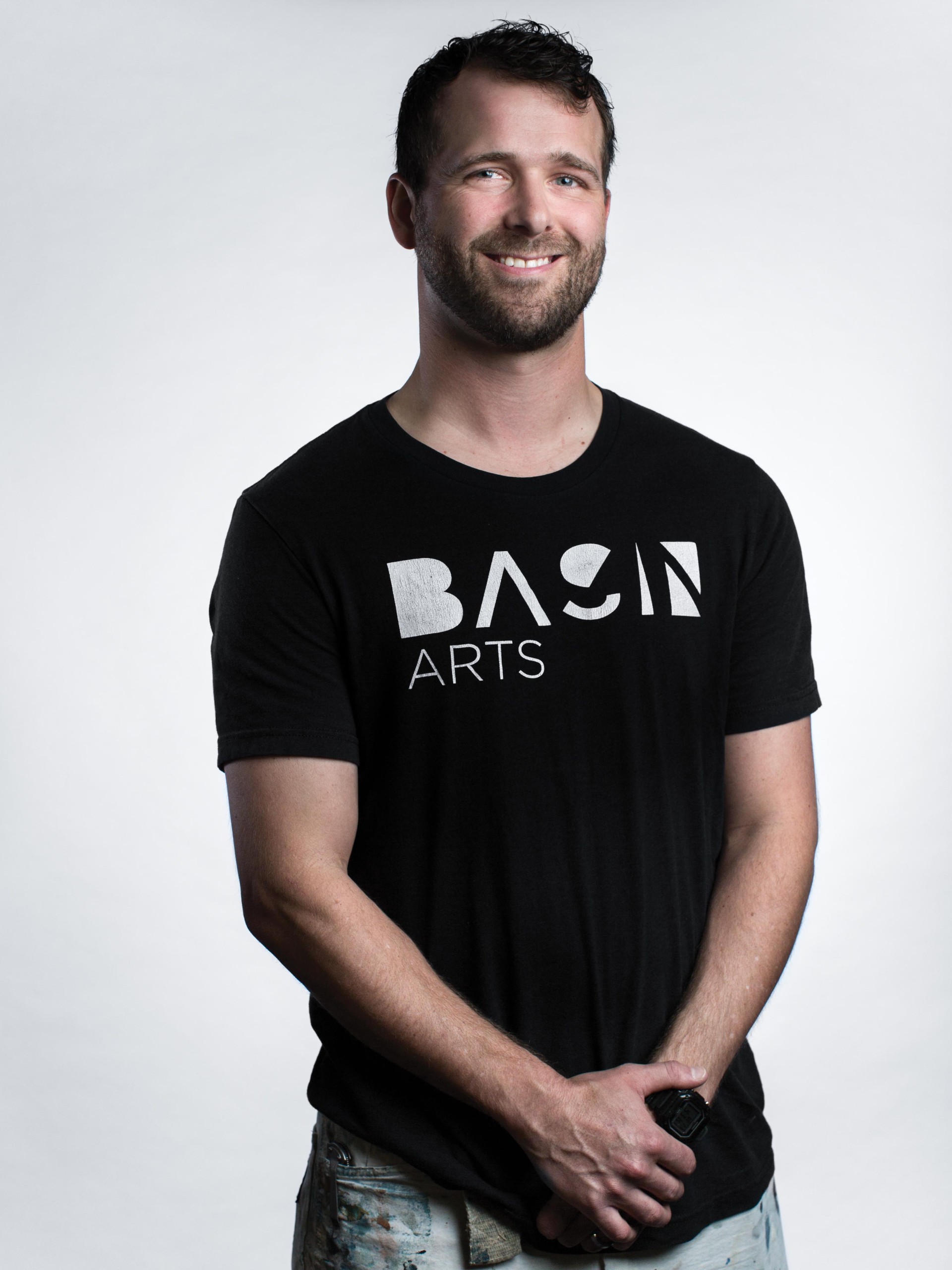 Galliano-born artist Dirk Guidry was named as Festival International de Louisiane’s Official Visual Artist for 2022. Guidry’s job will involve creating a piece that encompasses the mood and tone of the festival.

Guidry, who now works in Lafayette, said the honor was “one of my greatest achievements as an artist thus far.”

Guidry’s love affair with painting started at the University of Louisiana. He was studying computer animation, but took an intro to painting class. He soon decided to switch his focus.

“It’s the process,” Guidry said. “There’s something organic about the paint … The paint brush is an extension of you … I love the smell of the paint, the physicality of the work.”

Some of Guidry’s work involves wedding painting. Just as there are wedding photographers, there are also wedding painters. It doesn’t involve having the wedding party stand perfectly still while Guidry paints them. Instead, he sits at the wedding at his painter’s easel and spends the night painting a picture that encapsulates the spirit of the event.

“It’s more about the energy (of the event) than photo-realism,” Guidry said.

Before the COVID-19 pandemic, Guidry was working 40 to 45 weddings a year. While things have slowed down during the pandemic, he still estimates he has done about 35 in the last year. He finds it fun. He has been able to travel to places like Cabo San Lucas in Mexico and Carmel, California to work weddings. Guests are always interested to see someone painting the event, so they come up and chat with him while he works and he gets to meet a variety of people.

Guidry also has his own studio space in downtown Lafayette, where he showcases his abstract art. He said he likes abstract painting because it’s more about feeling and emotion. Sometimes people are intimidated when looking at abstract work, but Guidry said the point is to get them talking.

“It’s a conversation,” Guidry said. “That’s what art is about.”

Guidry has also worked on several murals in Acadiana. He likes that work because it is community-driven. He is also able to employ other artists and give them work.

The 34-year-old Guidry is married and has four children. He said he loves the culture of Acadiana — the tight family ties, the music, and the food. Regarding the latter, crawfish etouffe on fried fish (yes, on fried fish) is his favorite entree. – Fritz Esker 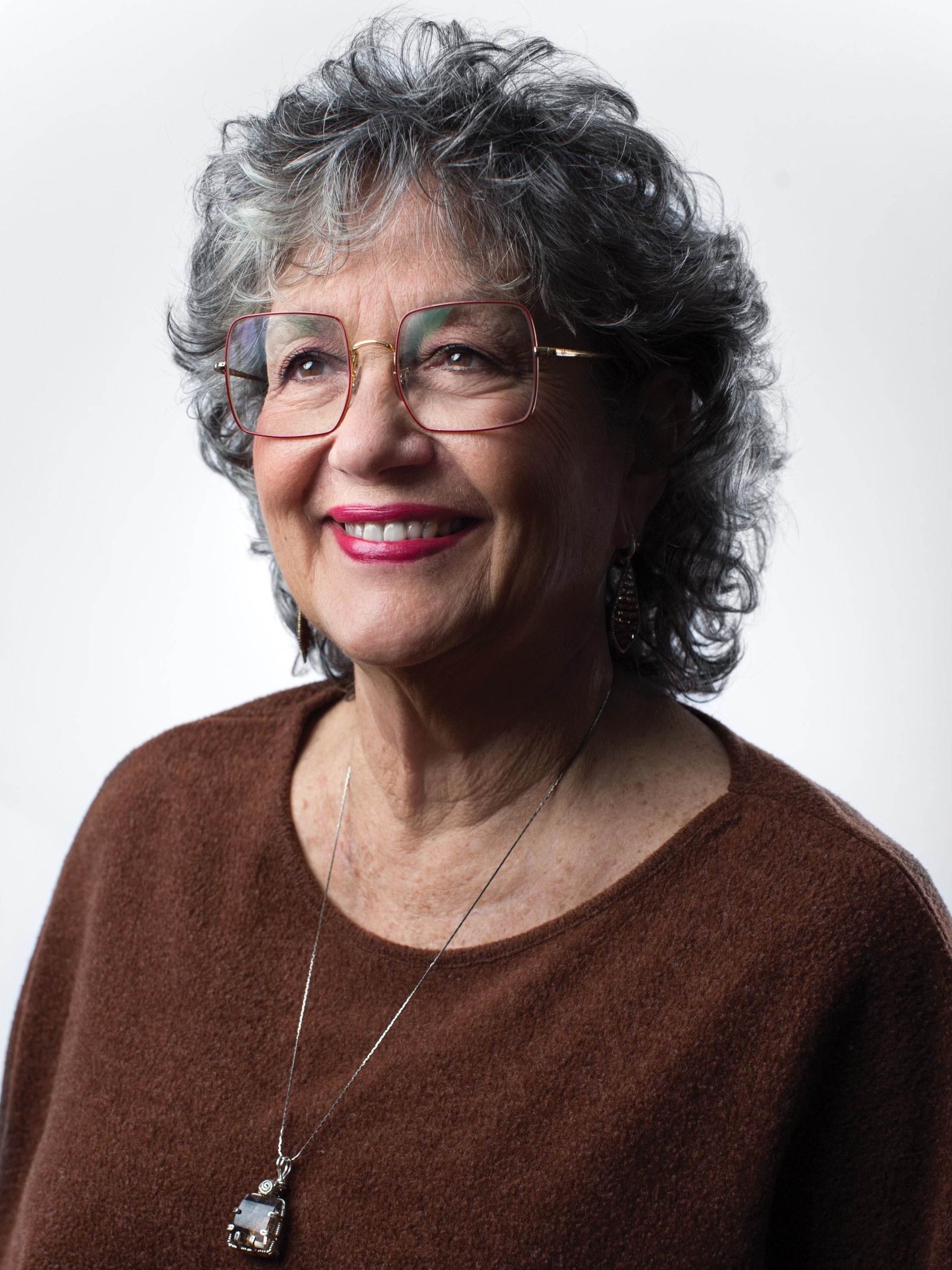 Rebecca “Becca” Begnaud of Scott was always a student of people, life and culture, having graduated with a degree in anthropology from the University of Southwestern Louisiana, now the University of Louisiana at Lafayette. She was also a natural-born healer, granddaughter of a traiteur.

But she didn’t truly understand the mind-body-spirit until she became a patient, twice recovering from breast cancer and experiencing mental illness. She trained to become a Reiki Master, a Healing Touch Practitioner and in Trauma First Aid. Like her grandfather and other Cajun traiteurs, she helped others in service, not as a paying profession.

Begnaud has worked with the Extra Mile of Lafayette, Camp Bluebird for cancer patients, and was founding director of the now defunct Healthcare for Musicians (her son is musician Drew Landry). She founded the Healing Arts Collective that trains others in the healing arts.

Her path helping others also allowed Begnaud to find and heal herself, and her career has evolved into something more varied. Today, Begnaud plays in a band called Becca and the Band-Ades and has performed in several films, including the most recent “17-Year Locust” by director Logan Leblanc. The film centers around a struggling immigrant who takes a job as a caregiver to a dying Cajun woman, played by Begnaud. The two characters find they share a common language — French.

Begnaud’s voice is the first audiences hear in the documentary, “Intention.” The film by Lafayette-based filmmakers Syd Horn and Olivia Perillo, which highlights several spiritual South Louisiana women who live with intention, was recently shown at the Acadiana Center for the Arts, followed by Begnaud’s musical performance at the Blue Moon Saloon.

“The healer was there waiting,” Begnaud said of her first career. “Now that the healer is out I can be an artist. The rest of my life is to live fully as an artist. I can’t not be a healer but that’s not all I can do. I can be in a band and be in a film.
“My healing process was owning who I was,” she said.

Besides, music and dance is part of how Cajuns heal, she added with a laugh.
“One way to share about healing was to talk, then go dance,” she said. “We’re supposed to be healed to joy. So, after a healing session, let’s go dancing.”
Begnaud still works as a healer but she believes her artistic endeavors will be of service as well.

“I have a bigger stage than I could have ever asked for,” she said. “Life is good. It’s almost bragging, it’s that good.” ­— By Cheré Coen 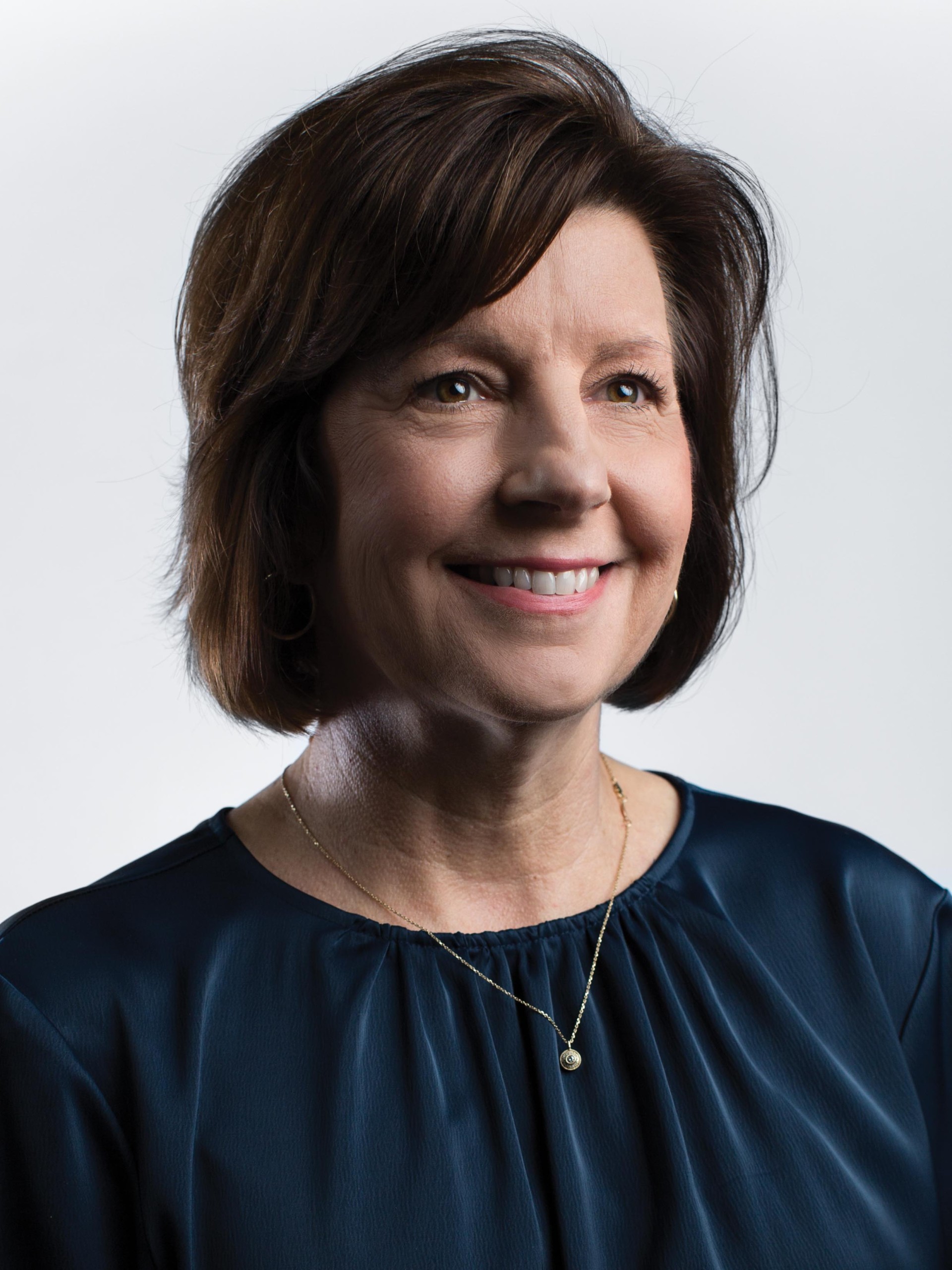 Summer of 2021 was already challenging for local residents due to COVID-19’s Delta surge, but on August 29, Hurricane Ida made landfall and turned thousands of lives upside down. But the Bayou Community Foundation has worked to ease the burden on locals.

As of January 28th, the foundation has awarded over $3.7 million in grants to local nonprofits to fund relief efforts for residents of Lafourche Parish, Terrebone Parish and Grand Isle in the five months following Ida.

“We have been so inspired by the generous donors from around the country and our local nonprofits who hit the ground running to meet our community’s needs,” said Jennifer Armand, executive director of the Bayou Community Foundation.

One of the first things the Bayou Community Foundation did was distribute gasoline to the community. Anyone who was in southern Louisiana for Ida knows how hard gas was to find in the hurricant’s aftermath. The foundation worked to get gas trucks to affected areas from Sept. 4 through 9. They distributed over $127,000 in gasoline to help locals power generators and fuel cars. Armand said the lines for gas stretched for miles.

The Bayou Community Foundation worked with local nonprofits to get emergency grants to Fletcher Technical Community College and Nicholls State University and help meet the housing needs of students, staff, and families.
Once September turned into October, the foundation pivoted to funding efforts that were more recovery-oriented instead of relief-oriented. They helped distribute family meals during Thanksgiving and Christmas and provided families with school supplies.

Many area nonprofits sustained damage to their facilities during Ida. So, the foundation started a special grants program in November that awarded $230,000 to local non-profits to repair their buildings.

Now, Armand said the most pressing need is housing (approx. $1.4 million has been allocated to help housing programs). She said early estimates put the number of homes damaged by Ida at approximately 12,000. There are also very few rental units available. The foundation supported a camper distribution program that has provided 30 campers to local residents.

While there are many Ida-related challenges still to be met, Armand is confident the people of Acadiana will find the strength to endure.

“We are a people who are very resilient …When we experience disasters and challenges, we are the type of people who pick ourselves up and get to work. I really have faith in the people here,” Armand said. – Fritz Esker

The best way to describe Dennis Paul Williams would be as a renaissance man. He’s an accomplished painter, a guitarist in Nathan Williams and the Zydeco Cha-Chas, a city councilman in St. Martinville, and he plans to add author to his resume soon via a children’s book he’s collaborating on with New Orleans author Michael Tisserand.

Williams, one of 10 children in his family, lost his father at the age of 10. From an early age he wanted to paint, taking part in his high school’s art program and working odd jobs at a local print shop. The high school program didn’t work out for Williams and the print shop’s owner noticed he seemed down. After he talked to the owner (a music buff) about it, the man loaned Williams money to buy his first guitar and channel his creativity.

After a stint overseas in the Marine Corps, Williams returned home. When his brother Nathan told him he was starting a Zydeco band, Williams auditioned in front of the band’s guitar player. Williams wasn’t expecting anything to come of it, but the guitar player liked how Williams played. That was over 30 years ago.

“What drew me to it (Zydeco music) was the honesty about it … and it still does,” Williams said. “It’s got African, Cajun, and Creole influences. It’s like a gumbo, for real.”

Williams remembers Zydeco music as an important part of his childhood in a Creole household with a grandmother who barely spoke English. His family was also friends with renowned Zydeco pioneer Clifton Chenier.

Aside from his work with his band, Williams also plans to release a solo album later this year. The children’s book he writing and illustrating will also be about Zydeco.

When asked what he appreciates most about Acadiana, Williams points to the people.

“Acadiana has some of the most talented people I’ve ever met, and I’ve traveled around the world,” Williams said. “We have such a unique voice … Everything is about a connection.” – Fritz Esker

The Back Door is Always Open

Best Hunting in the State