The Back Door is Always Open 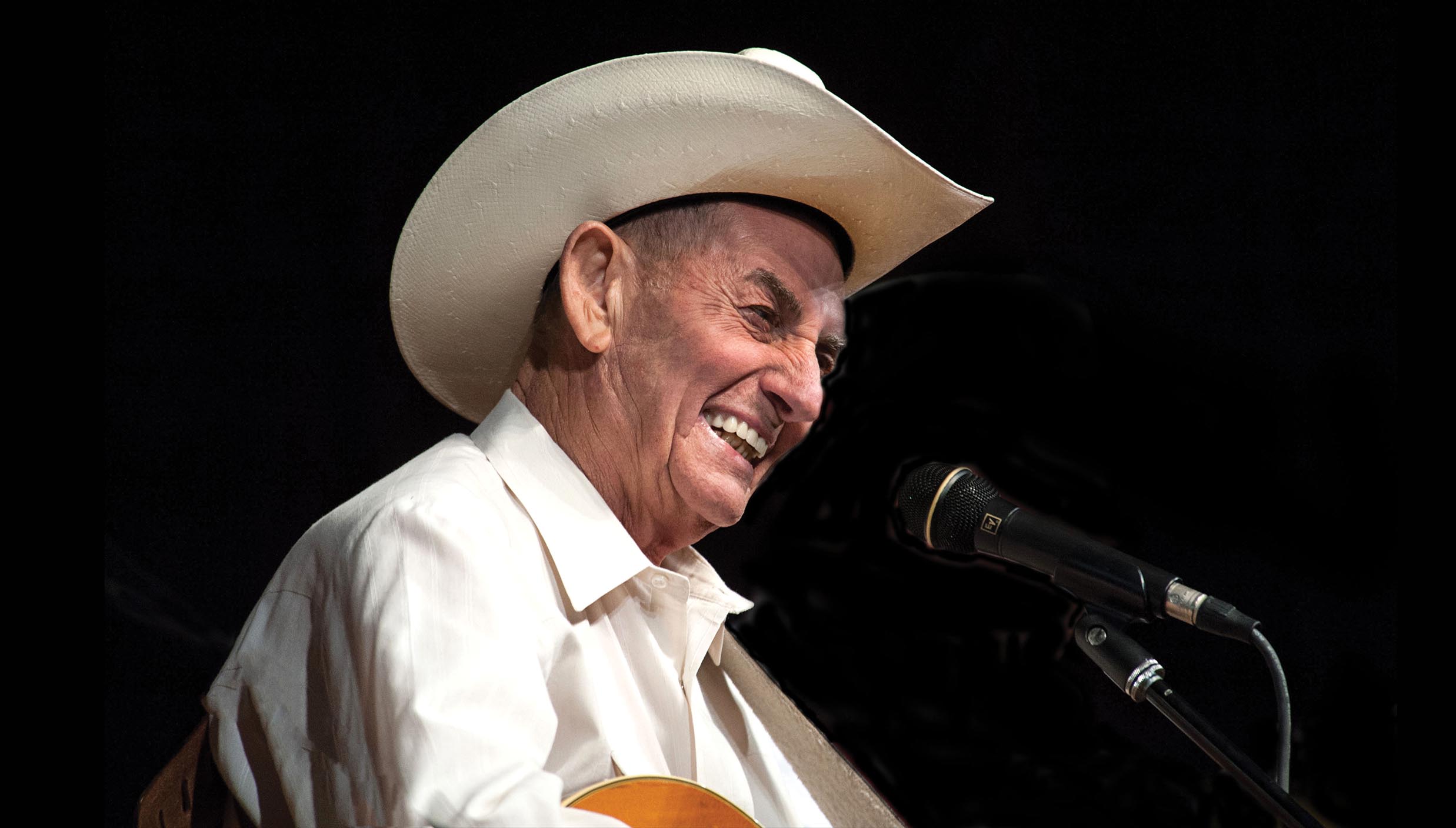 This July marks the fourth anniversary of the passing of musician D. L. Ménard, the author of “La Porte en Arrière (The Back Door)”, the most recorded and performed Cajun song according to folklorist Barry Jean Ancelet. It competes with “Jolie Blonde” for the title of the Cajun national anthem. Known as the Cajun “Hank Williams”, he composed it in under an hour while working at a gas station, taking inspiration from “Honky Tonk Blues”. Well, the composition process lasted all afternoon because between filling gas tanks or changing flat tires, he scribbled on a piece of paper in English the words that came to him in French. French was his mother tongue, but like most of his generation, he could not write it. This unlikely cultural standard-bearer who ran a carpentry workshop where he made ash wood chairs and rocking chairs — which are now collector’s items — has toured the world. “That back door has taken me to thirty-eight countries,” he said. This iconic ambassador, with his infectious smile and consistent good nature, left his home for the very first time in 1973 to attend the Wolf Trap Festival in Virginia.

The song’s success was immediate. In 1961, he recorded the song at his own expense. “‘La Porte d’en Arrière’ came out on a Wednesday, and by Saturday I had my $175 back already and some extra money to split among the guys in the band. That night, we had to play it seven times on the bandstand.” From a musical point of view, it is more “country” than the traditional two-steps and waltzes of the Cajun repertoire. This is due to the influence of Hank Williams whom he met in 1951. “Be yourself! Create your own image,” he advised him. That is just what Menard did. Normally, it is the accordion or violin player who is popular, and the guitarist is relegated to the back of the stage. Menard brought the guitar to the forefront. He developed a style so unique that musicologist Ann Savoy says that in Cajun music there are two ways of playing: Old Time style and D. L. Menard style.

When asked what his initials stood for, his answer was always the same, “Darn Lucky”. In the end, his worldwide fame was such that even the New York Times published his obituary. “It’s unbelievable, a little guy of Erath that the experience I had.” Grammy nominee, NEA National Heritage Fellowship recipient and Louisiana Music Hall of Fame inductee, Menard has performed for Presidents and hundreds of thousands of people across the globe, all because one day he went through the back door.

25 Fun Things to do This Summer