One thing everyone agrees upon is that seafood is a healthful food choice.

It is high in good things, such as protein, vitamins and minerals, and low in bad things, such as calories, total fat and saturated fat. Eating seafood can lower the risk of heart disease, stroke, hypertension and obesity.

On top of that, seafood is delicious. We love all types of seafood prepared in a variety of ways. Unfortunately, some methods of cooking seafood, particularly frying, take away from its healthful profile. As much as we love fried seafood (and we do love it), there are other ways of cooking it that are better for us and just as satisfying.

The following recipes, presented as part of a seafood meal, are prepared with minimal added fat, no added sugar and no frying. In place of those, they incorporate herbs and spices, vegetables, mustard, vinegar and wine. Since these five dishes are designed as part of a meal, portions are small. If you want to serve them on their own, you should plan on larger servings. 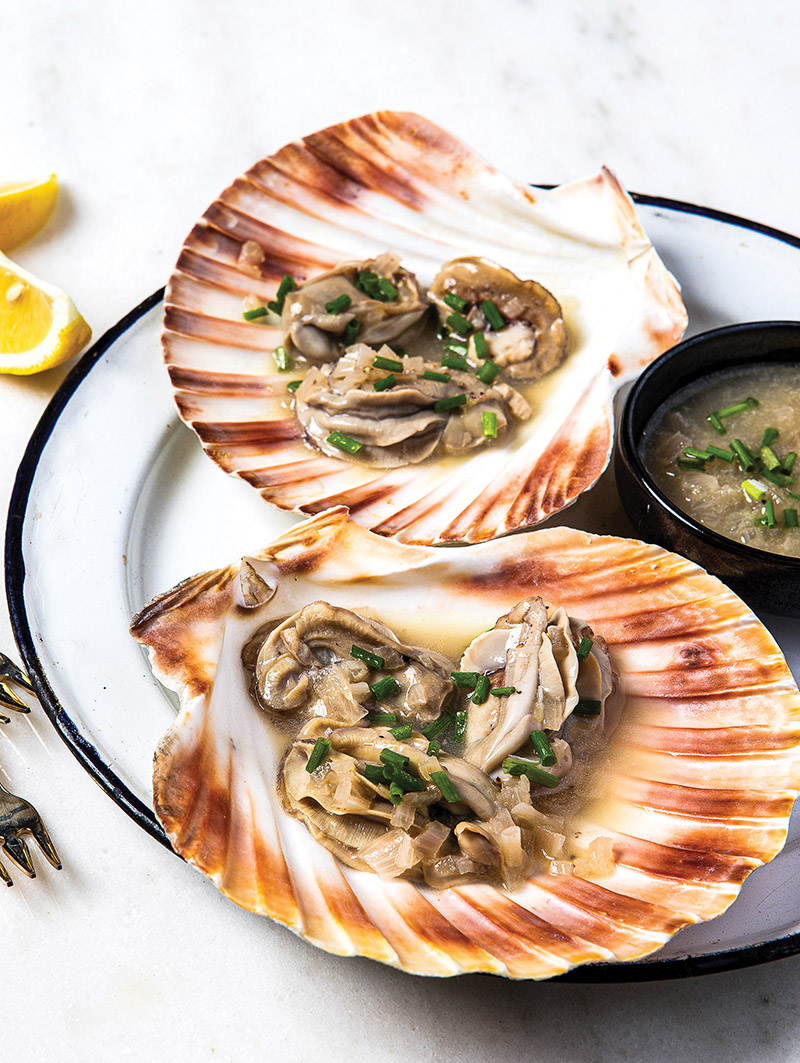 Warm 4 small ramekins. Combine wine and shallots in a sauce pan over high heat. Boil until wine is reduced by half. Divide the butter among ramekins. When wine has reduced, add oysters and poach briefly — just until the edges curl. Transfer 3 oysters and some of the poaching liquid to each ramekin. Season with salt and pepper. Top each ramekin with minced chives.

The amount of butter in this recipe is only one-quarter teaspoon per serving, but it makes a world of difference in the finished dish. The shallots called for in this recipe are the small brown-skinned shallots, not green onions, which are sometimes called shallots in Louisiana. 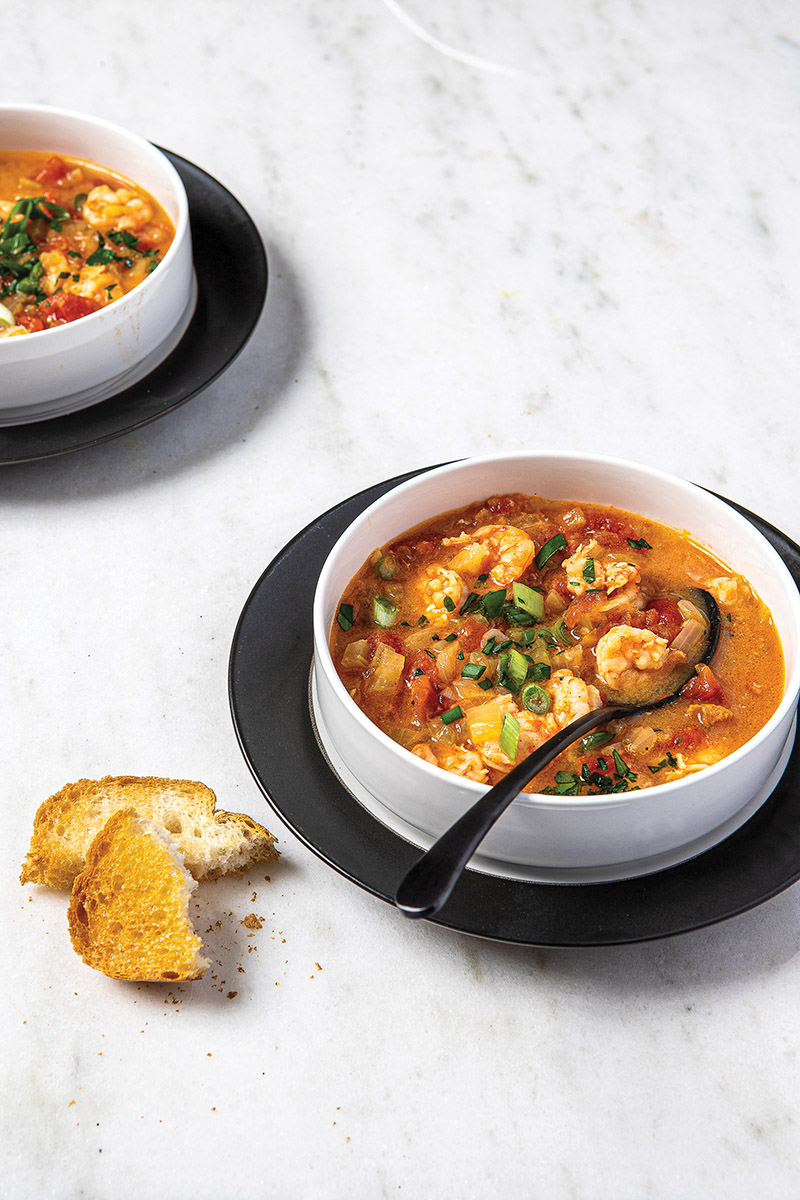 Ground dried shrimp in small packets is available in some markets or you can grind dried shrimp in a food processor. Dried shrimp adds concentrated flavor in any preparation and, because of its saltiness, can even be used in place of salt. 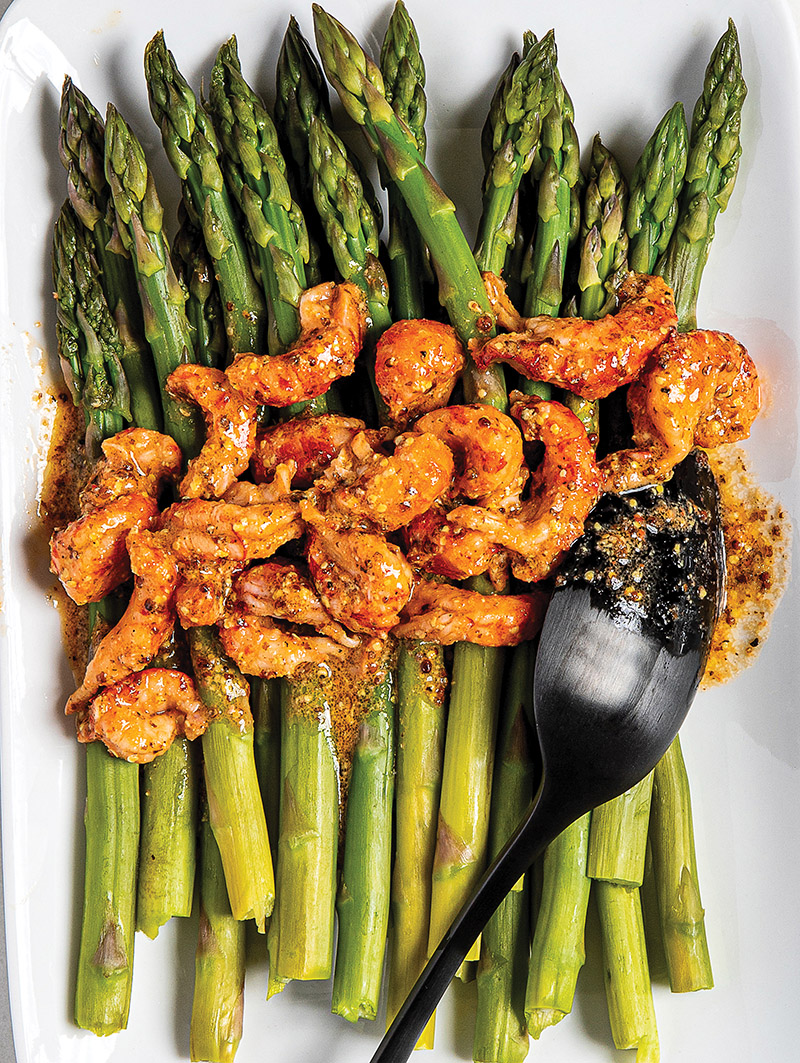 Combine olive oil, mustard and vinegar in a bowl and whisk until emulsified. Add crawfish and stir to coat. Season to taste with salt and pepper.

Fill a large skillet with water, add salt and bring to a boil. Add asparagus and poach until asparagus is cooked but still crisp.(Test the base of the asparagus by inserting the tip of a small knife.) Drain asparagus in a colander and place colander under running cold water to stop the cooking. Transfer asparagus to a clean kitchen towel and pat dry.

Divide asparagus among 4 serving plates and top with the crawfish. Drizzle mustard vinaigrette over asparagus.

Louisiana cookbooks published in 1885 and 1901 contain recipes for asparagus that is boiled for 20 or 30 minutes, by which time it must have been mush. Perhaps fresh asparagus was not common in the markets, as “The Picayune’s Creole Cook Book” notes that, “Asparagus is generally bought in New Orleans in cans, being very nicely prepared.” 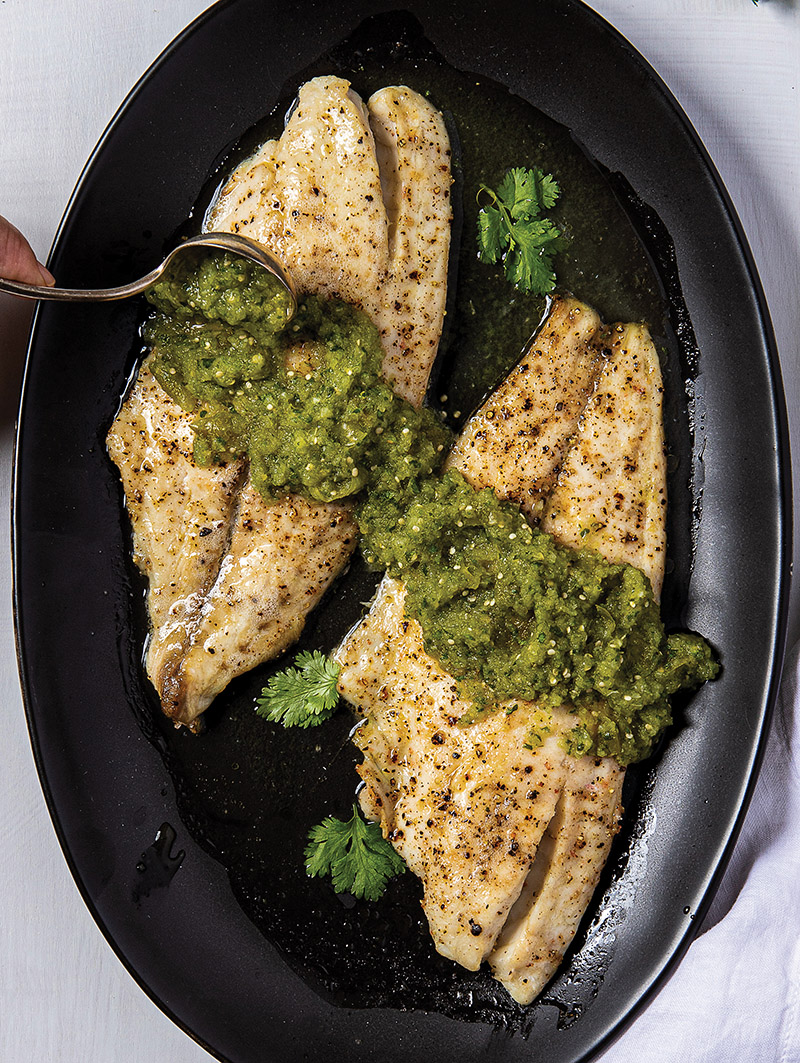 Remove husks from tomatillos. Wash tomatillos and cook in boiling salted water for 5 minutes. Remove tomatillos with a slotted spoon and set aside to cool. Cut away and discard stem. Combine tomatillos, onion, garlic, jalapeño, cilantro, lime juice and water in food processor and puree. Season to taste with salt.

Tomatillos, also known as Mexican green tomatoes, husk tomatoes and a number of other names, are not true tomatoes, which can make for confusion. Salsas made from tomatillos can be used in a variety of ways—with chips, in tacos, with eggs, meats, poultry or seafood. The heat of jalapeño peppers varies greatly, so taste and adjust how much you use. 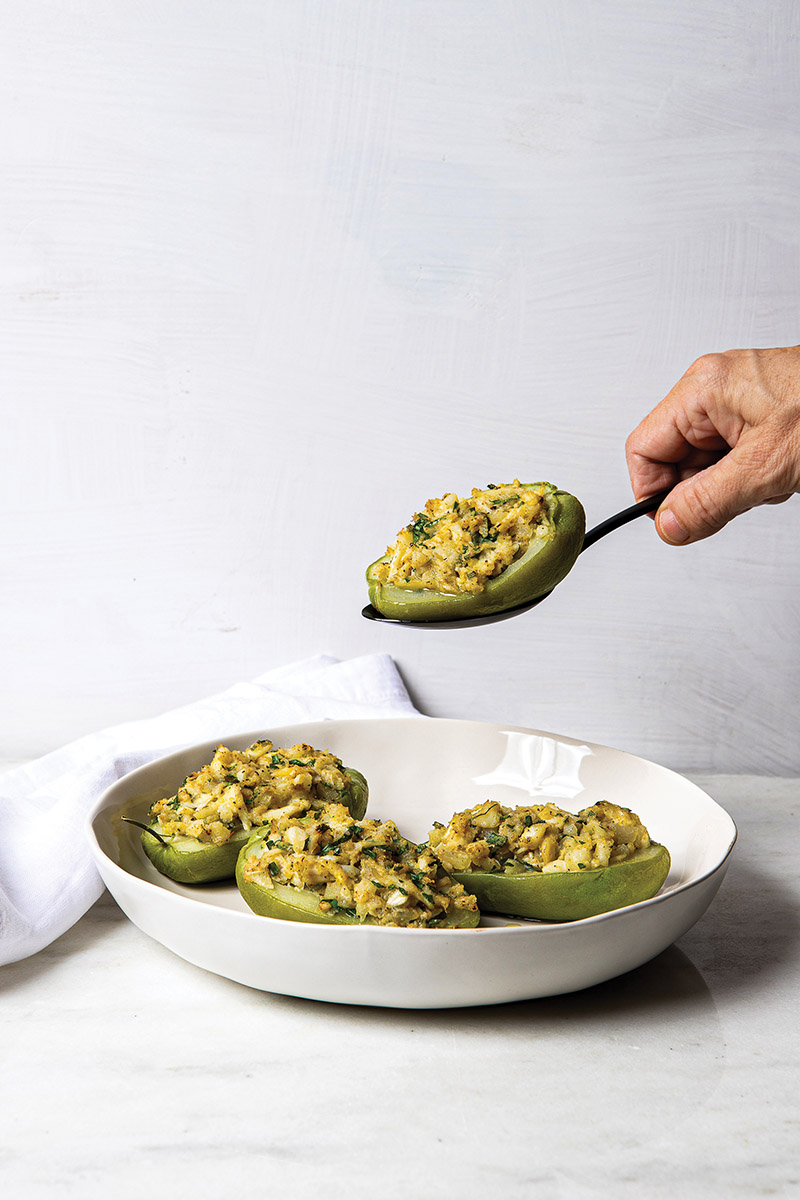 Mirliton, also known as vegetable pear or chayote, among other names, is a member of the gourd family. The fruit has one large (and edible) seed. It is native to the New World, was cultivated by the Aztecs and taken to Europe by the Spanish. Mirliton is very mild and takes on the flavor of other ingredients. The plant is a perennial and a heavy producer, as anyone who has grown it can attest.