Artist, poet and lyricist Melissa Bonin lived the world over, but Acadiana held the key to her creative magic 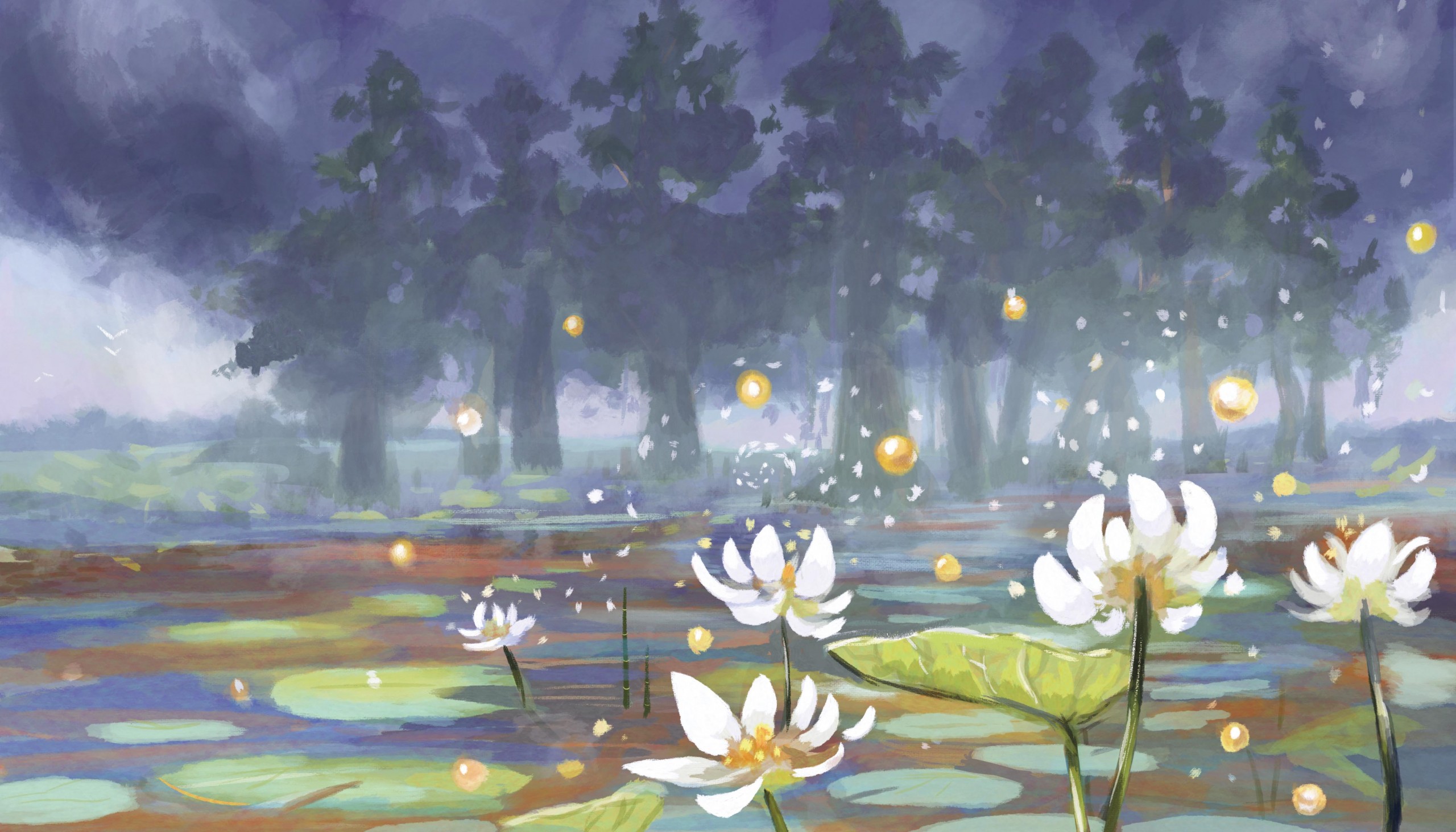 Something has to hold you. Seduced by art, poetry and pleasure in search of love, in search of home, I left Louisiana. On fantastic journeys, I crossed a lifetime of rivers, the Danube, the Seine and the Rio Grande. I rode horseback round the base of volcanoes in Costa Rica, bathed in golden basins in Abu Dhabi and wrote water poems upon stones in the surf of Normandy.

Along slow roads in the hills of Chianti, I followed the call of wild birds, like the cuckoo and the hoopoe. Late nights, I tiptoed inside the bellies of medieval churches and slept among silver olive groves, where the arms of Galileo’s mother once held him, as he threw back his head to name stars.

In France, I licked the last spoonful of cream soup made with chanterelles I had just picked. I waltzed and considered my reflection in grand mirrors of Versailles. At Giverny, Monet gave me pools of lily pads. Still, there were no tropical storms in the French valley of kings. I missed Louisiana thunder. As a child, the crack and rumble would send me diving under the kitchen table, or make me throw covers overhead and squeal with visions of God moving giant furniture upstairs.

Acadiana is a magical oyster shell that holds me and most of the stories of my life. Before sunset, backlit moss dangles from branches like veils of glistening jelly fish. Live oaks, as old as the Buddha, have roots and trunks larger than elephants. They bend with the grace of tai chi masters. Canadian snow geese, blackbirds and robins come to vacation in winter and leave when the Mardi Gras maples shock the grey landscape with their garnet blossoms.

To someone who has never seen the swamp, what words could articulate the popping sound that duckweed makes, when stroked by a kayak paddle? How could I explain vast rivers of grass, where cypress trees have knees that rise up and sing? Like antennas, they broadcast their songs through echoes of expanding water circles. How could I bear witness to a full-moon midnight on Lake Martin, when sky and water merge, erasing the horizon and making it possible to slip a canoe into a living Picasso painting?

To a stranger, how could I describe the ferocity of a hurricane, the smell of burning sugarcane, and diamond dew drops on elephant ears after rain? How could I express the feelings evoked while walking along Louisiana marshes where, surely, God has just passed, wearing white shrimp boots and a Vermilion parish cowboy hat, before heading upstairs to move furniture?

Melissa Bonin is a Louisiana francophone/francophile visual artist, poet and lyricist who believes in the healing power of the natural world and our responsibility as guardians of the human spirit. Her works have been presented and published throughout North America and Europe.

Building on the Past