Painting the descendants of the first Acadian settlers 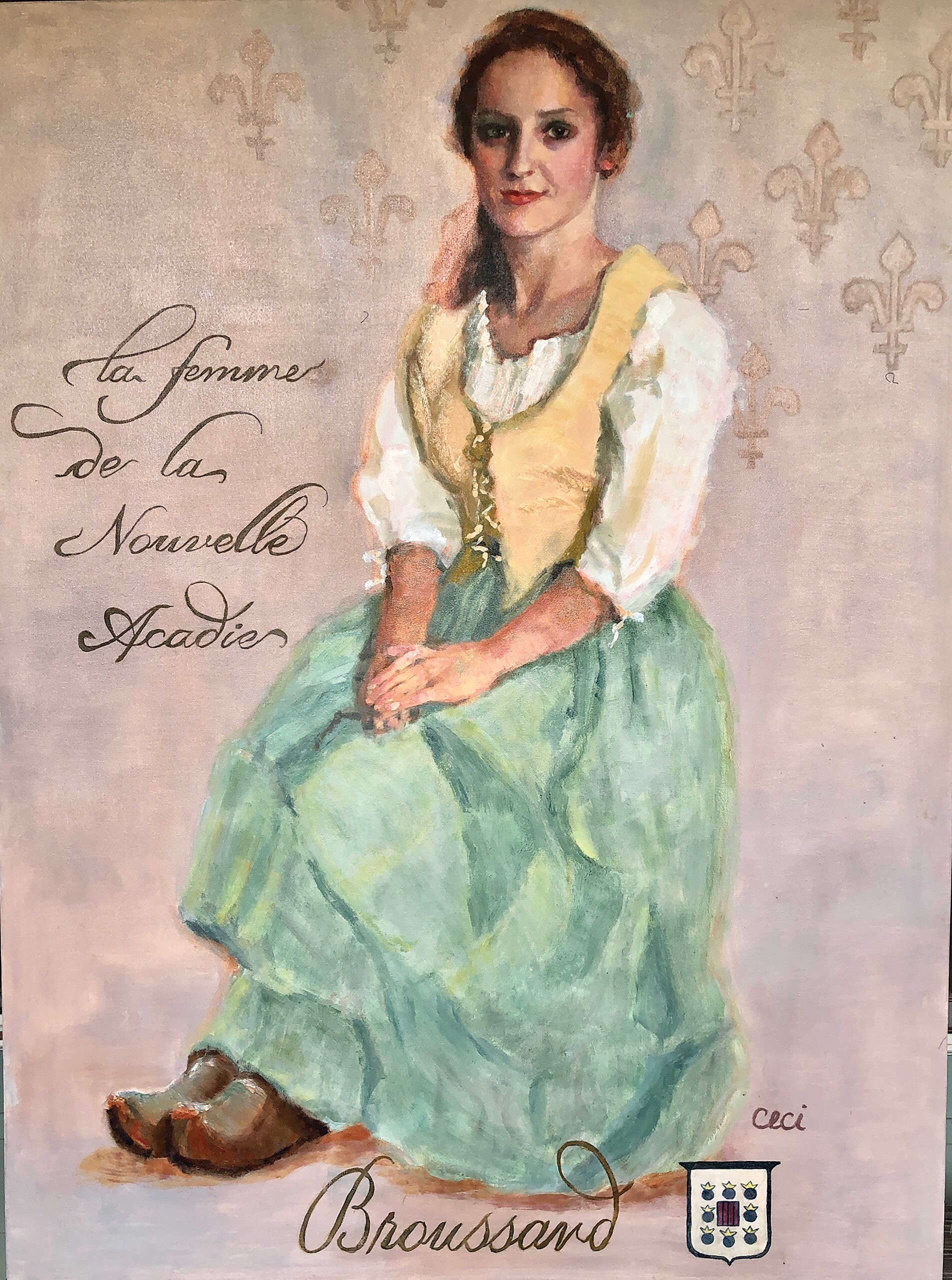 Historians love to write about the Acadian diaspora, and Longfellow tells us of their “wonder and sadness.” Now, Lafayette artist Cecilia O’Keefe Neustrom shows us the faces of their “Cajun” descendants who live across the prairies and along the rivers and bayous of South Louisiana’s Acadian parishes.

The Biloxi, Mississippi, born Neustrom, known as Ceci to friends and family, has embarked on an ambitious project to paint portraits of those who descended from the first Acadian families to settle in colonial Louisiana in the mid to late 1700s. “Evangeline” is a beautiful story of love and loss, but the Breauxs, LeBlancs, Broussards, Comeauxs, Heberts and other familiar Cajun names are real people whose faces appear on Neustrom’s canvases. They are the diaspora.

Perhaps it took an outsider to take on such a project. In 1965, the 17-year-old Cecilia O’Keefe arrived in Lafayette as a freshman at the University of Southwestern Louisiana, now the University of Louisiana Lafayette or ULL. There, she earned degrees in education, met and married Michael Neustrom, who later went on to teach criminal justice at ULL and in 2000 was elected sheriff of Lafayette Parish. After a few years teaching, Cecilia had a 30-year career in petroleum land management.

Art, however, was never part of her career plan. When she turned 55, her husband signed her up for art lessons with noted Lafayette artist Pat Soper. Neustrom wasn’t happy about the idea.

“The only reason I went is because he had paid the money,” she says. “I was still working but I just got hooked. As the kids finished their education, I threw in the towel with the oil and gas and said the only oil I’ll do now is oil painting. From there, I started taking workshops around the country. Michael encouraged me to go to New York for a stint at the Art Students League. If it hadn’t been for his encouragement, this never would have happened.”

It was at the Arts Students League that Neustrom found her passion for painting the human figure. Since then she has gone on to portraiture, including one of family friend James McKay, the recently retired chief justice of the Louisiana Fourth Circuit Court of Appeal. The portrait now hangs in the courthouse on Royal Street in New Orleans.

“That’s what got me focused on the geography of the face, the beauty of it and the dynamics of it,” says Neustrom. “I just fell in love with painting the body and the face. And then the idea of the Cajun series came about.”

That concept, she says, evolved from her newfound passion for figurative painting, the Acadian story, and life experiences living and working among the Cajuns.

“When I moved here,” says Neustrom, “I knew the area had something to do with Longfellow’s poem, but as you live here you grow into all the dynamics of the culture. Then my 30-year career in title research ended. I had the opportunity to meet so many Acadian families all through South Louisiana. So when I got into painting the human figure and portraiture, those three areas melded together.”

The project started with a newspaper article Neustrom read, announcing a Broussard family reunion. The contact was Cheryl Broussard Perret, wife of Lafayette Clerk of Court Louis Perret and a descendant of the famed Joseph “Beausoleil” Broussard, leader of the first group of Acadians to settle in Louisiana. Her portrait of Cheryl’s daughter, Annie Perret, represents the Broussard family. Cheryl, as well as Neustrom’s family and friends, helped find other descendants.

Neustrom also got lucky when historian Warren Perrin at the Acadian Museum in Erath, gave her a list of 20 Acadian families who arrived in New Orleans in 1765.

“I decided to use it as a starting point,” she says. “I’m going to try to stick with that list. It makes historical sense. So far I have eight paintings of the original 20.”

To heighten the historical experience, sitters dress in period costumes that Neustrom buys online, makes herself or borrows from Lafayette costume designer Suzanne Breaux. Once such costume loaned by Breaux was one worn in Glen Pitre’s 1986 film “Belizaire the Cajun.” At the bottom of each portrait, Neustrom paints the family name and crest. Most Acadians, she says, don’t have family crests but over the years many have created their own. Once the painting is completed, she gives it to the sitter. Although she plans to continue the series, new ideas are brewing, including portraits of other cultural groups such as Creoles, African Americans, Irish and Germans.

As to her painting style, which Neustrom describes as traditional with “some Expressionism and Impressionism,” her warm, painterly brush strokes are loose to avoid, as she says, “something that looks like a photograph.” She wants viewers to see that “a hand” created this image. As a result, her portraits seem filled with the personalities of the Acadian descendants and the personality of the painter herself. True, the portraits are about the sitters and their family stories, but in a way each painting is a personal refuge for the artist.

“One of the wonderful things I have learned about painting,” she says, “is that when you paint your worries are wiped away. You have hours of pure joy.”

Here, she quotes the American philosopher Thomas Merton — “Art enables us to find ourselves and lose ourselves at the same time.”

Broadway in Lafayette Announces How the Grinch Stole Christmas, Legally Blonde & More with the 2022-23 Season