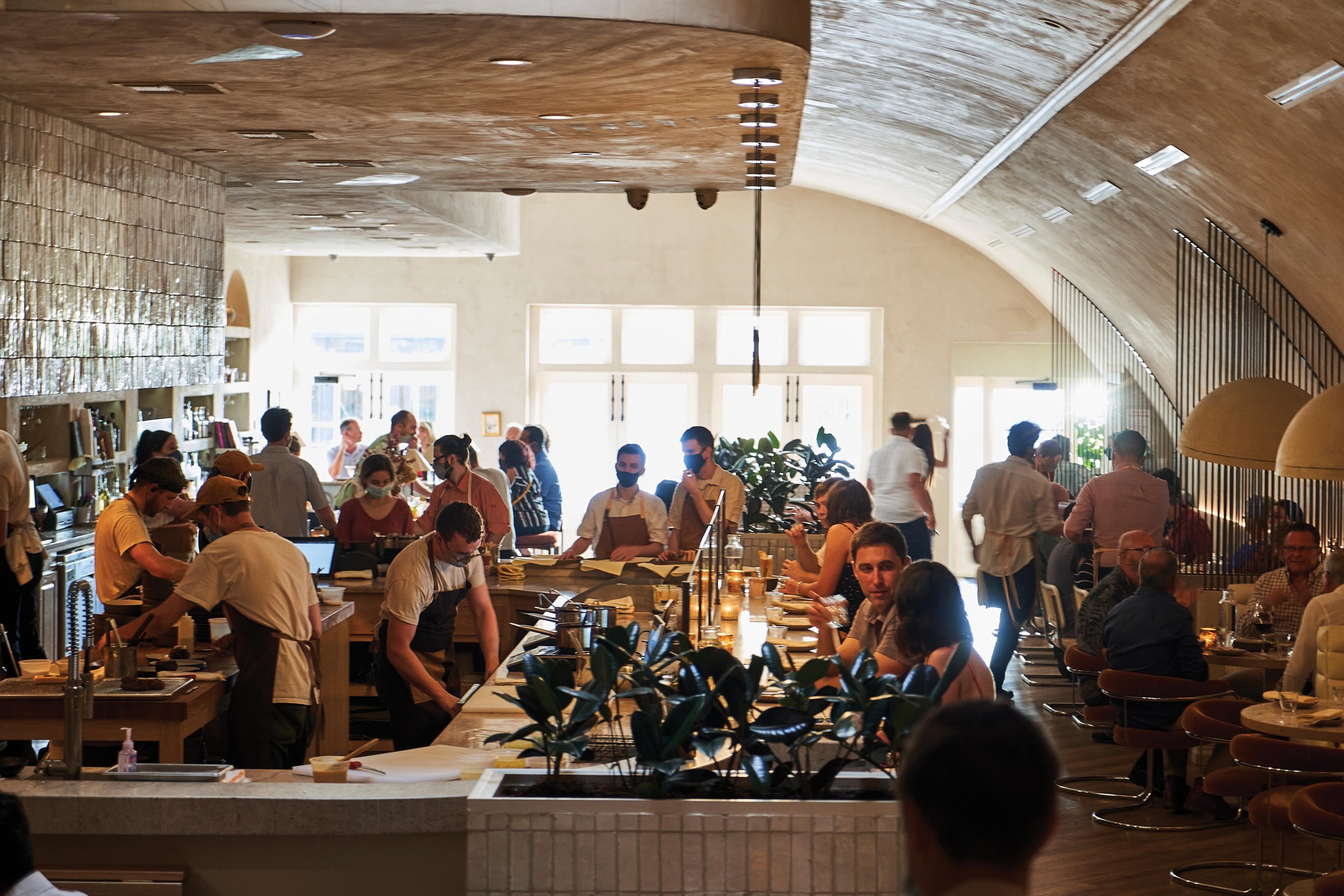 Each year, Acadiana Profile celebrates the top chefs and restaurants within the 22-parish region that encompasses 14, 500 square miles and more than 1,400,000 residents. We have explored the very heart of Acadiana to find the best of the best. Resilience prevails, from lunch counter wizards to young rising-stars and seasoned chef-proprietors who broke ties with family dynasties to pursue their dreams in Acadiana. They share similar ambitions and the ability to not only survive but thrive in the midst of challenges, from hurricanes to pandemics, strengthened by a love of food, family and community. The following pages showcase just a fraction of the success stories we encountered. We hope you have a chance to enjoy their hospitality.

Restaurant of the Year 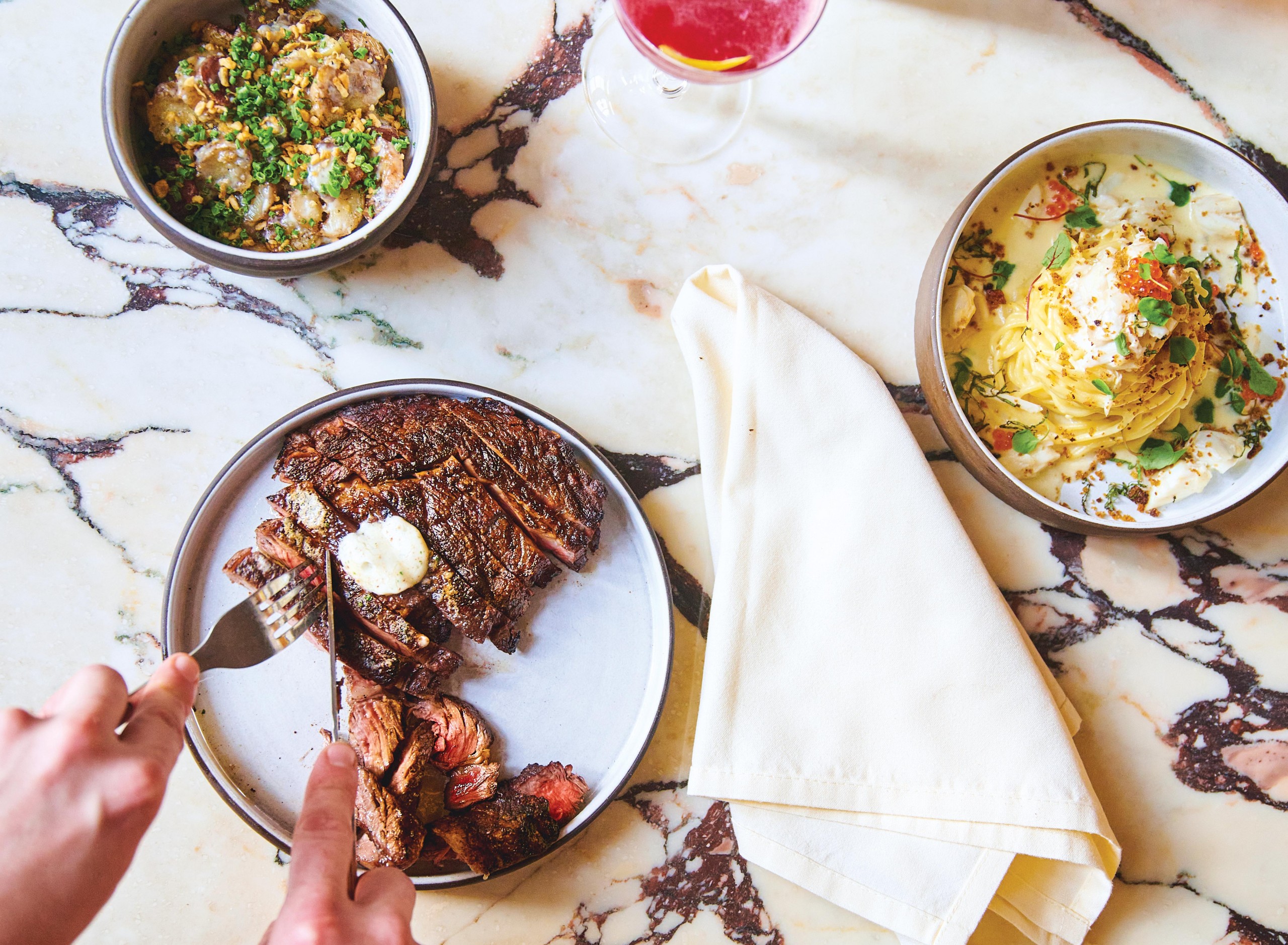 Lovers gravitate to the flickering flames and raw oysters, caviar and bubbly. Foodies demand ringside seats at the kitchen counter. Chef Trahan is at the open hearth, orchestrating complex live fire theatrics with a tight team of dexterous chefs.

“It’s definitely a task, to offer this type of dining experience with a 14-foot fire in the middle of a restaurant and no firewall between guests,” says Trahan. “We were able to create something Lafayette has never seen before.”

“Before we closed Dark Roux in 2017, we were invited to do a 65-person live fire charity dinner,” he says. “We built a ground fire and did a six-course tasting in the middle of a yard at River Ranch. Many requests followed. We’ve been working on the live fire concept ever since.”

“My cuisine is really grounded in Cajun cooking with a classical French approach, but I also incorporate many Asian ingredients and techniques,” he says.

“We’re taking on a four-element duck dish using Backwater Farm’s humanely raised ducks because they don’t force-feed them to make foie gras,” says Chef Trahan. “We’ll koji-cure the breasts, cook the legs down into a marmalade with vinegar, use the bones for sauce and cure the duck liver with bourbon for a foie gras, which we’ll shave atop the duck breast. It’ll melt like butter,” he adds.

Fish
Foodies return to Vestal for the zesty whole fish tinged with olives and capers, finished with a dried tuna-seaweed broth, lime and smoked chili oil.

A rare diamond in the rough, Chef Ryan Trahan’s culinary interests began with his foodie parents, owners of Frosto’s in Crowley and King’s Truck Stop near Port Barre. His ambitious ascent from executive chef posts to becoming Vestals’ proprietor has inspired the return of his formidable in-sync Dark Roux crew. Trahan now commutes weekly from Denver, where his wife was reassigned.

Chef of the Year 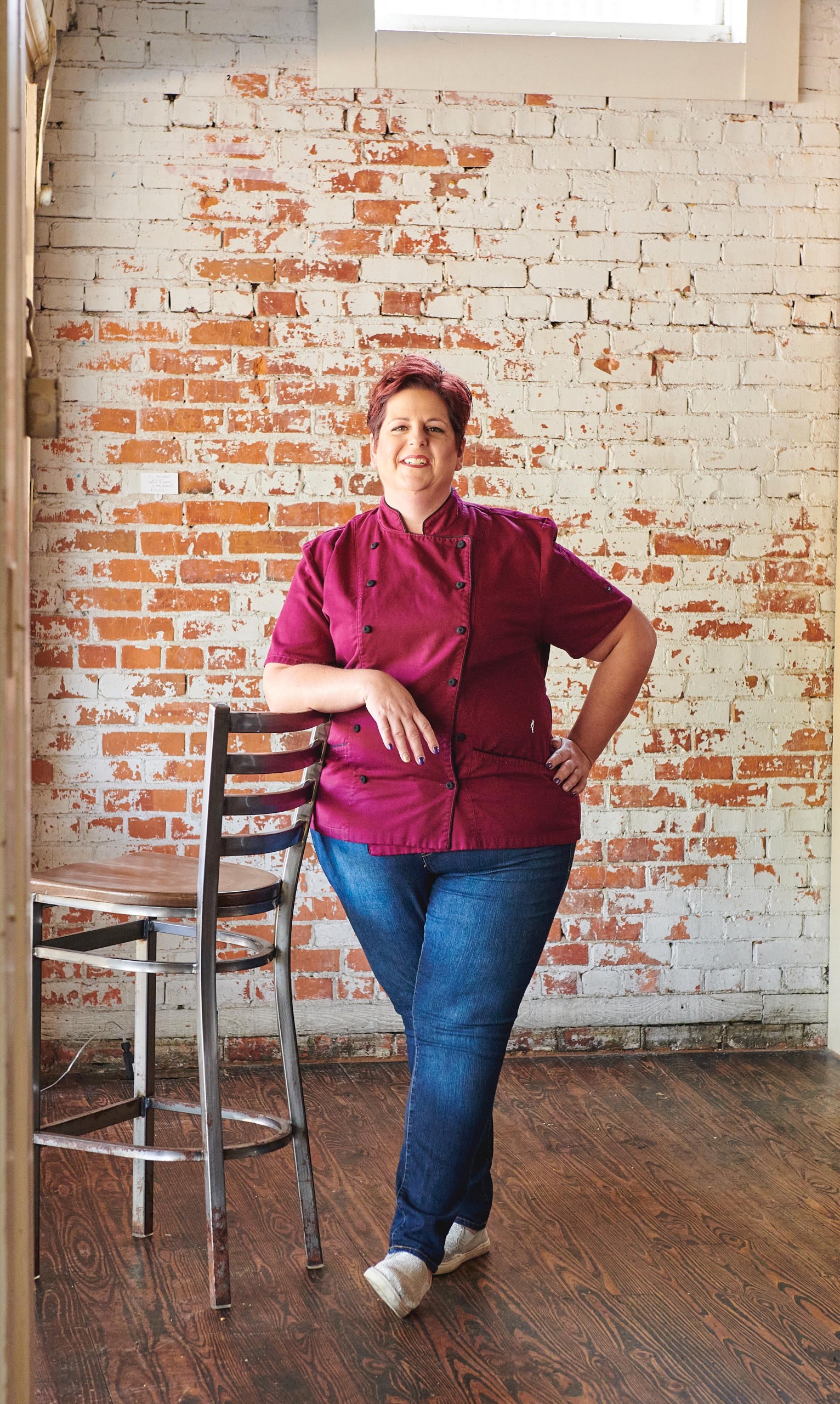 Our upcoming Acadiana Cooks series features non-professional cooks who become our executive chef for a night.

People would go crazy for my carrot cake in Colorado. They came from all over the world to have it. It’s my great-grandmother’s recipe.

I’m making homemade jams for brunch. I make everything fresh, from our boudin to boursin cheese. 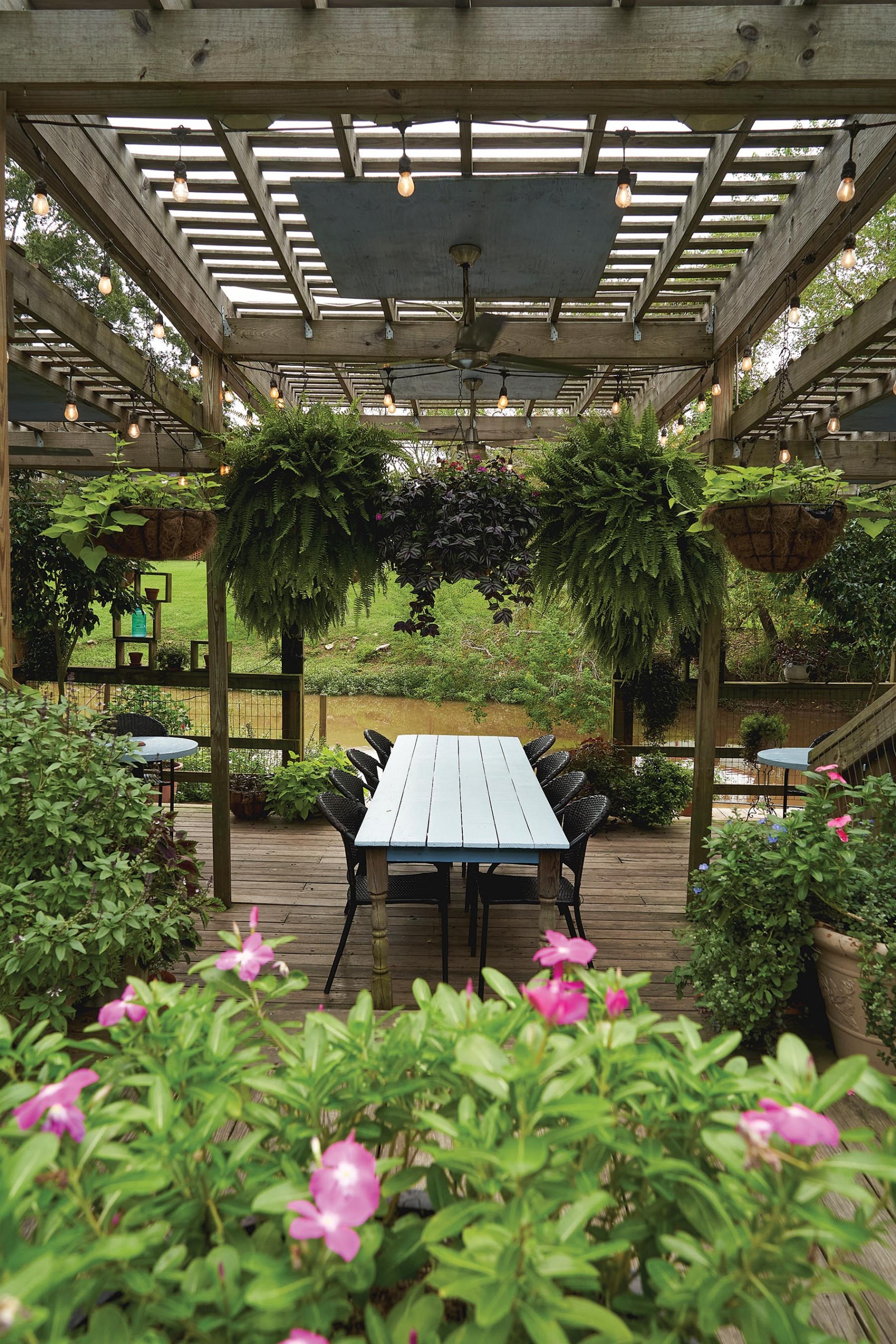 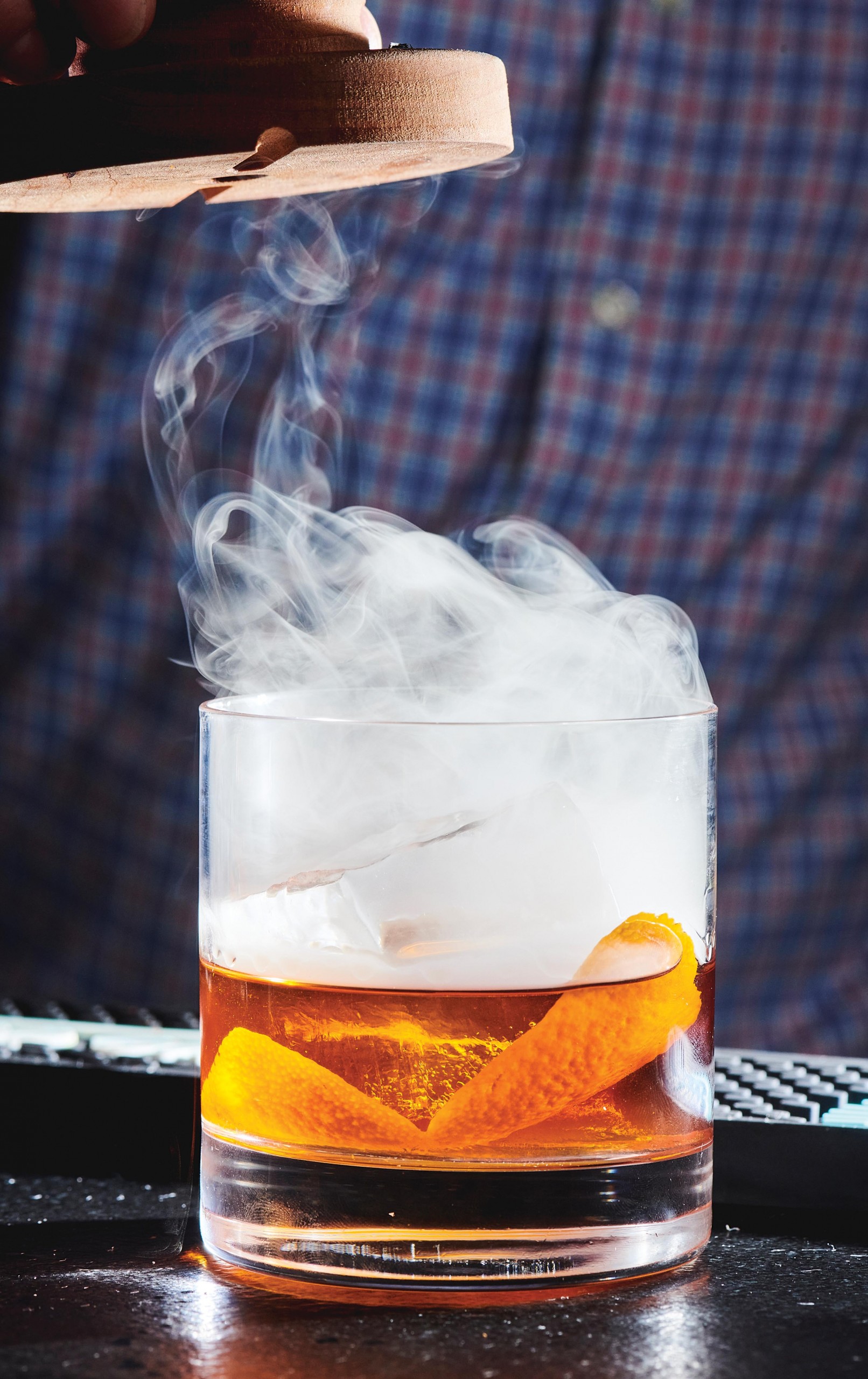 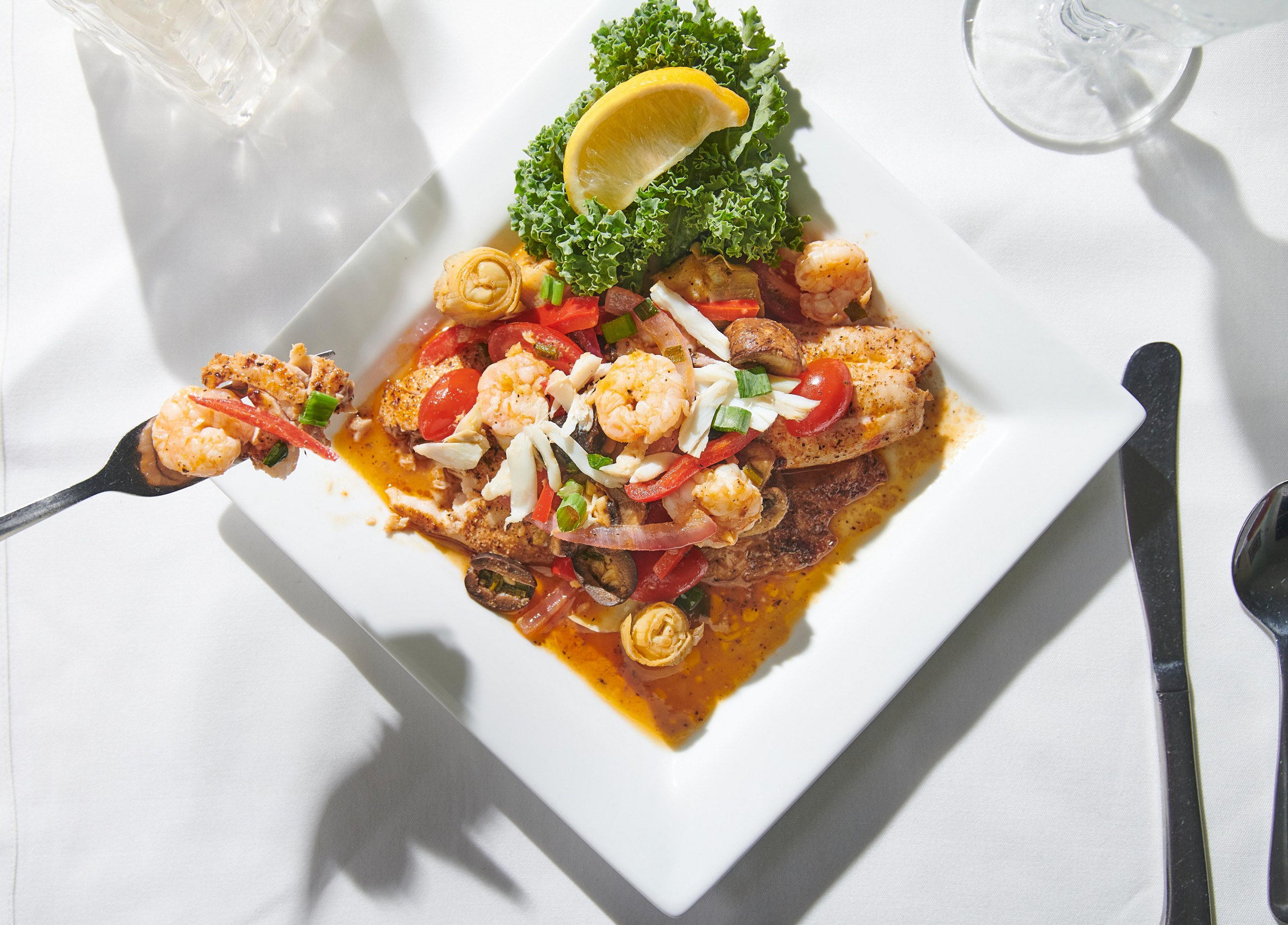 Everything goes under the broiler after it is sautéed and sauced, with fresh lump crabmeat as the crowning finale.

Chef Barreca roasts the peppers first before they are blended with the fish and shrimp medley. |

Halibut, grouper and triple tail are among the fish favored for this light and luscious Mediterranean creation.

Take a scenic weekend drive at dusk along River Road to Houmas House for cocktails in the storied Turtle Bar then enjoy a custom five-course feast in opulent Latil’s Landing (advance reservations required for the 1770s French House) or dine at the glass-enclosed Café Burnside overlooking lush gardens. 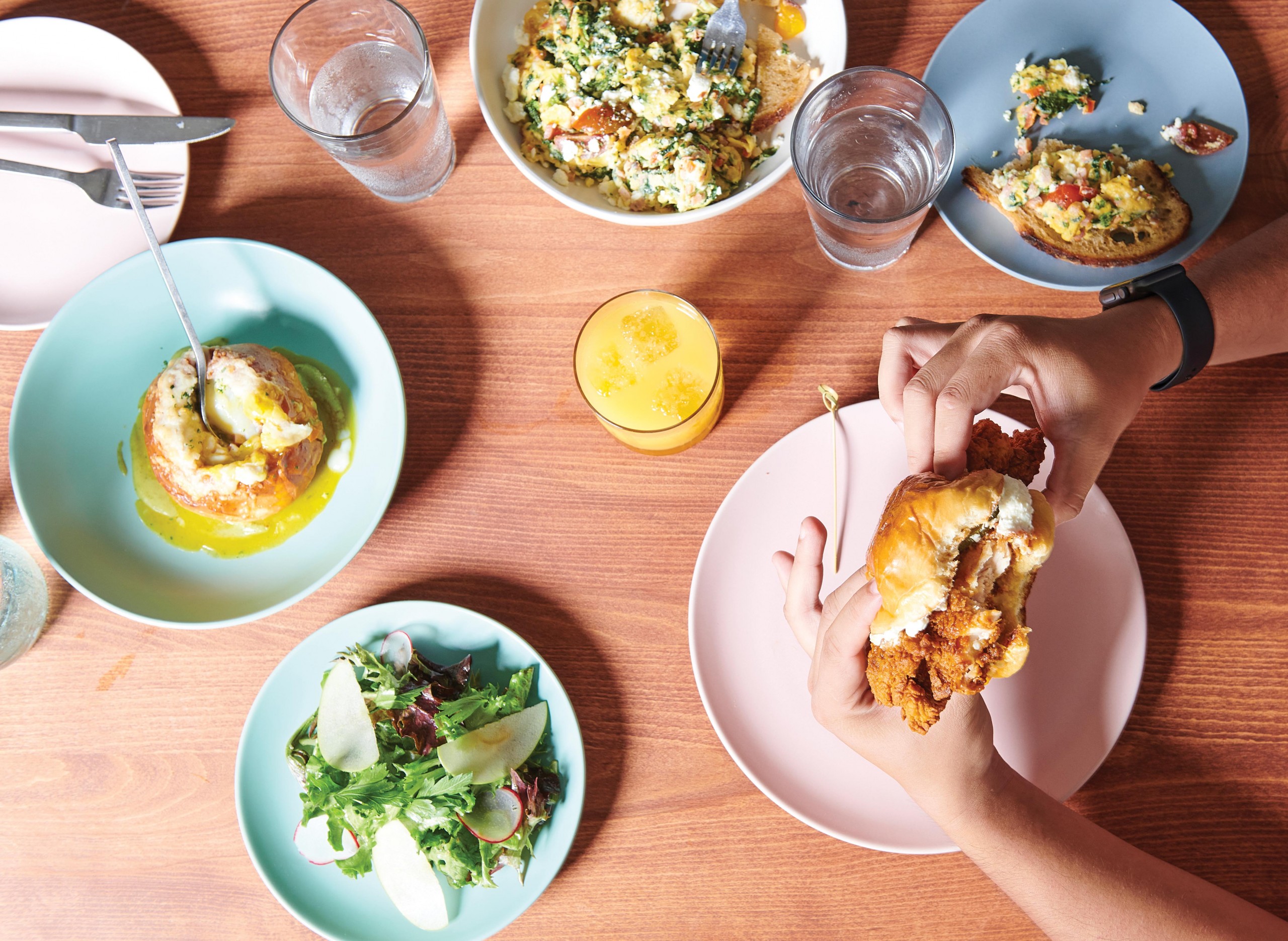 Abbeville Situated on the banks of the Vermilion River, this popular upscale seafood haven is ideal for big family reunions and special occasions. The handsome bar is separate from the dining room and a wrap-around, outdoor dining area overlooking the river. Order the fire-roasted oysters, masterful gumbos, shrimp trinity, eggplant Evangeline with crabmeat bechamel and celebration-worthy desserts. riverfrontla.com

Restaurateur Charles Goodson (Charley G’s, Social Southern Table & Bar, The Taproom) acquired the circa 1968 Pete’s in 2016, renovated it and added multiple table and arcade games to the kid-friendly, sports-themed eatery. After hamburgers sliders and shakes, kids can delve into Nascar and mini-basketball while parents relax with beer and sports on 20 HD TVs.
peteslafayette.com Lafayette 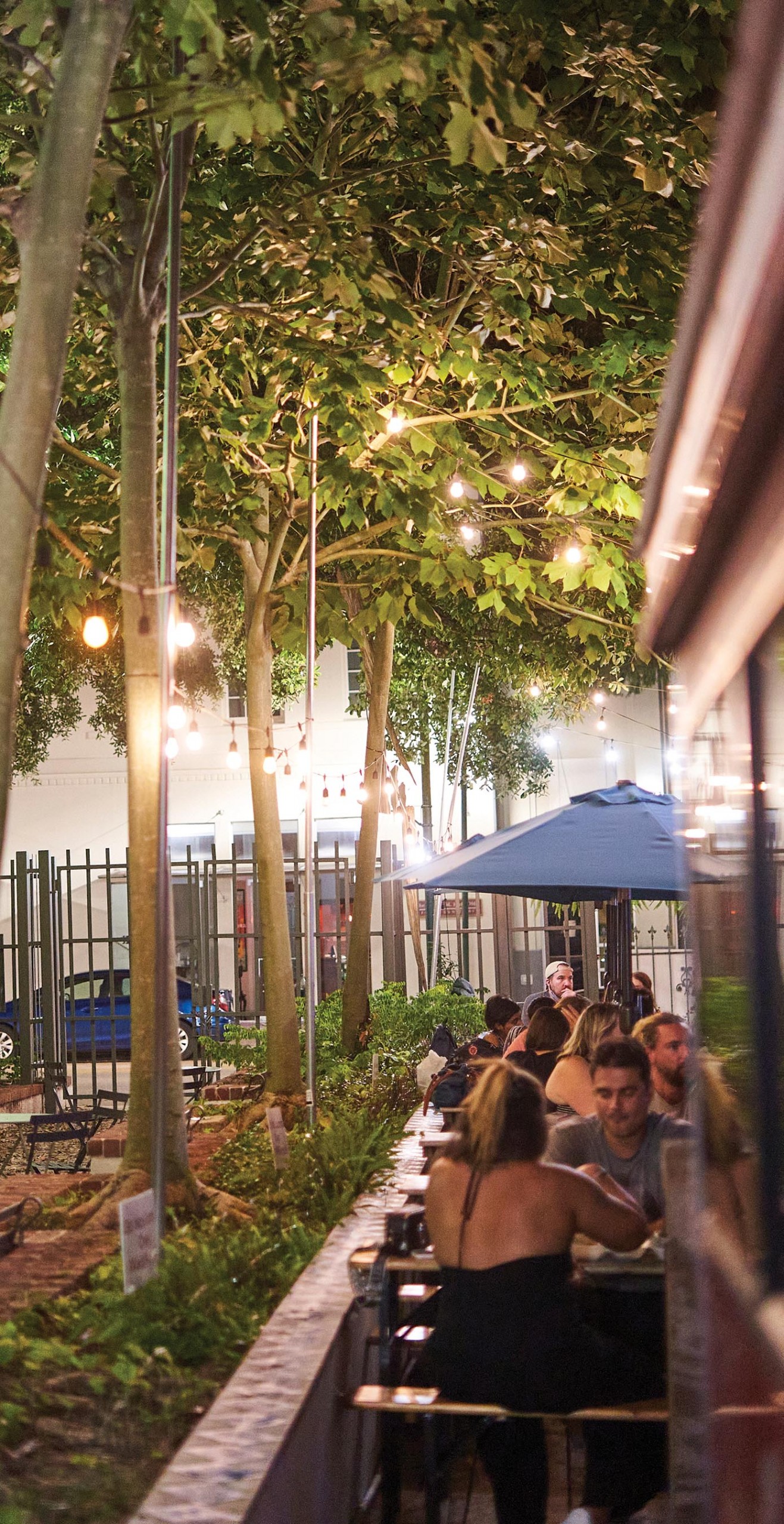