The Eponymous Vegetable of our National Dish 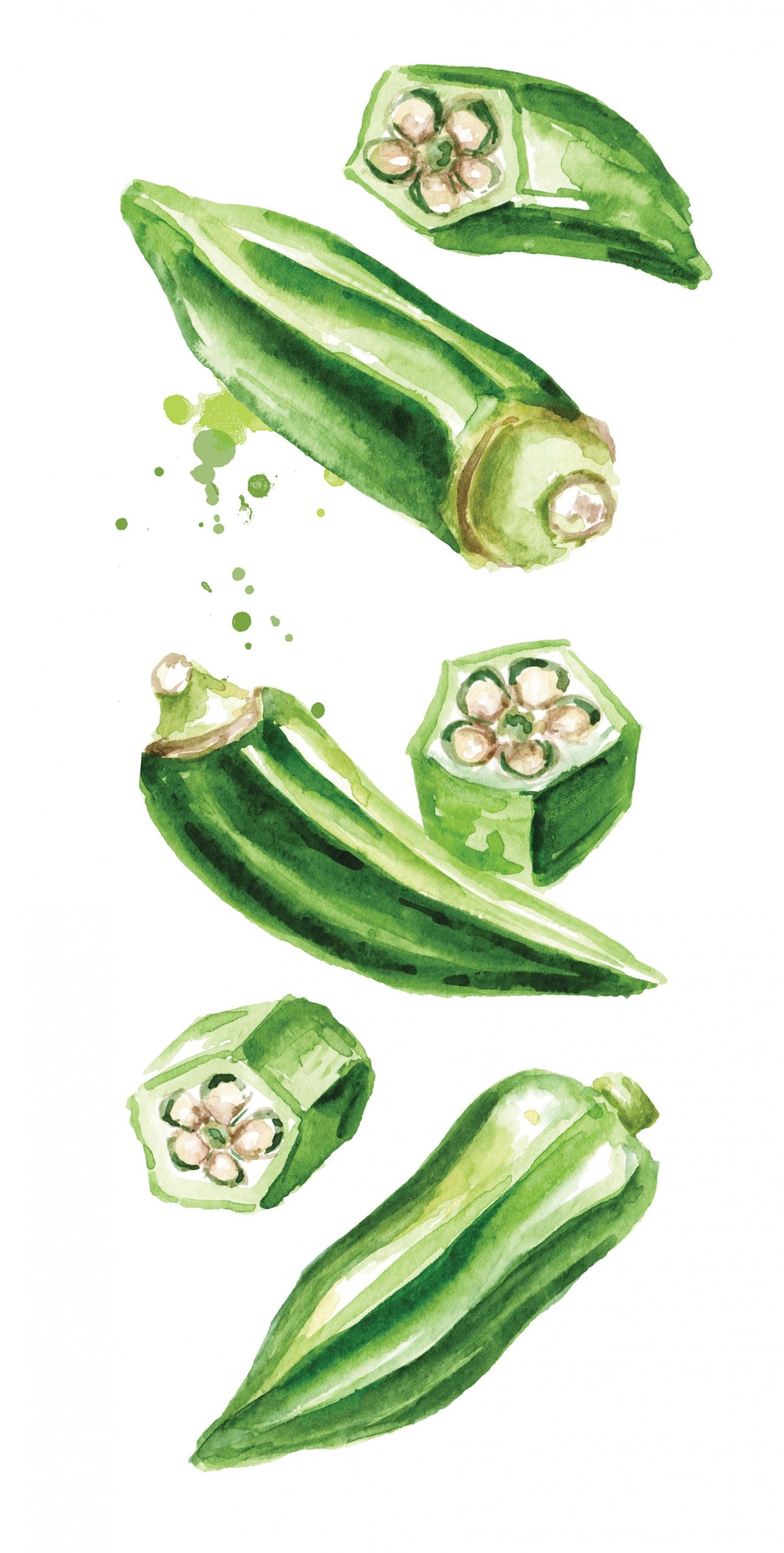 I was not exactly what you would call a delicate child. I ate everything you could find on a table in south Louisiana: fried shrimp, po-boys, crawfish boiled or étouffée, spaghetti, hamburgers, hot dogs, etc., etc., etc. American, Cajun, and Creole cuisines merged happily, often on the same plate. Despite my voracious appetite even for greens, there was one vegetable I couldn’t swallow which, paradoxically, is one of my favorite dishes today. My mother didn’t even try to serve it to me; she was giving me a pass since I ate everything else, I guess. Once, at an aunt’s house, out of politeness, I forced myself to ingest this viscous concoction that my cousins shoveled into their mouths. I vowed never to consume this culinary abomination again for a long time. Years later, I realized my mistake. I was unnecessarily depriving myself of a plant that carried our culture on its stems. I have named the okra plant.

According to Jessica B. Harris, this mucilaginous pod tells the story of the African diaspora. It is rather certain that as early as 1719, the first okra seeds arrived in Louisiana in the pockets of Africans sold into slavery. Widely associated with West Africa, a species of okra was nonetheless cultivated in the valley of Upper Egypt in the 13th century. Historian Gwendolyn Midlo Hall determined that most of the Africans transported to Louisiana were from Senegambia. Its various names — gombo, févi, okra — all come from an African language: Bantu, Fon and Igbo respectively, and confirm the tragic connection between the plant and the transatlantic slave trade. Just as the blues were born out of a desire to exorcise the demons of sorrow, cooking with okra gave body and soul the strength to confront everyday ignominy. Since then, we’ve shared and celebrated the victory of life with every meal, not forgetting that it’s a food rich in minerals, vitamins, antioxidants, and fiber.

African, French, and Native American influences can be found in the complex evolution of Louisiana’s national dish. Depending on the region and time, one can see a surprisingly wide variety of ingredients. One of the only constants is the use of okra. Gumbo can, however, be divided into two categories: okra gumbo and filé gumbo. The duplication of the name implies the presence of okra in the gumbo, often with seafood. The latter, usually meat-based, includes the addition of filé, ground sassafras leaves, a practice that we inherited from indigenous peoples. The two thicken the soup, but under no circumstances should they be mixed together.

I must thank my aunt for having served me that bowl of okra gumbo one day, without which I would never have understood the French aphorism, “Tell me what you eat: I’ll tell you what you are”. In other words, food is the basis of culture and culture is the basis of our identity.