The Coffee is Served in Acadiana 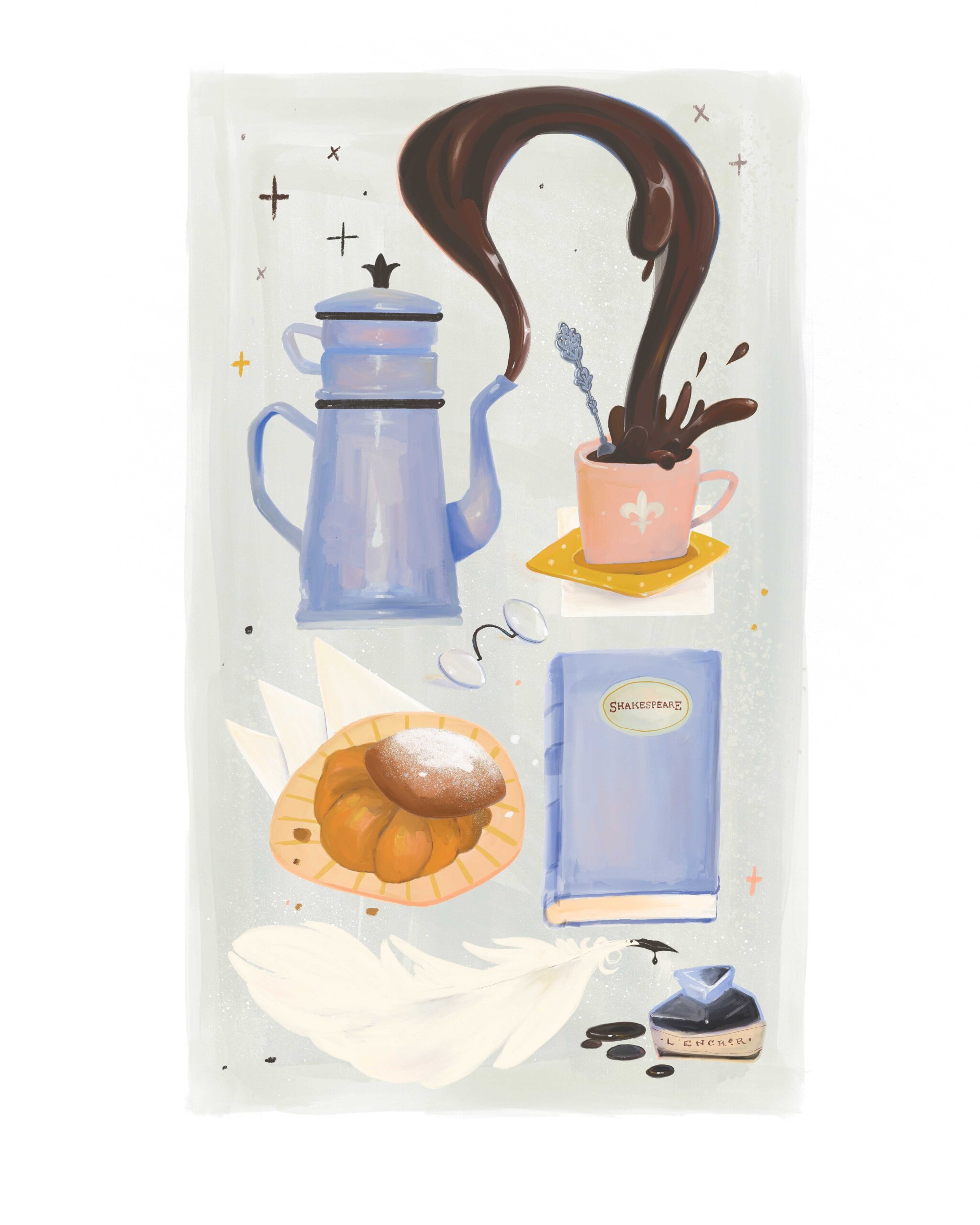 With the proliferation of cafés on every street corner, young people would find it hard to believe that coffee in the United States once had a very bad reputation. It was practically undrinkable. Anywhere you ordered a cup of coffee, you usually found yourself in front of a cup containing a brownish liquid that showed the bottom. If you wanted a coffee and you weren’t at home, you had to try your luck at a restaurant, a bar or maybe a gas station. Lovers of good coffee, tourists from Europe or Latin America for example, even had a name for this weak decoction which they pronounced with disdain, “American coffee”. The French, with their usual outspokenness, called it “sock juice”. This was the case all over the country; everywhere except in southern Louisiana where the long tradition of good coffee reveals our French and Latin origins.

When a coffeehouse chain with a mermaid as its mascot launched a robust coffee on the national market, propelling the construction of cafés in industrial quantities, a joke was circulating in Acadiana. It’s the story of Boudreaux who tried this Washington State coffee for the first time. He took a sip and wondered why people were making such a fuss. Even if it was much better than what was found elsewhere, it was in no way comparable to the coffee we made in that essential object in a Cajun or Creole kitchen: the Grègue, the south Louisiana coffee pot. Largely a nostalgic collector’s item these days, mostly replaced by Mr. Coffee or Keurig, the Grègue was central to family life. It is said that the name comes from the shape reminiscent of empire style dresses, inspired by Greek neo-classicism, with the high and tight waist favored in particular by Joséphine de Beauharnais. The Grègue holds its place of honor in the Louisiana culinary panoply in the same way as the black pot or the wooden spoon. Long before modern cafés, Louisianans gathered around the kitchen table or on the porch with a good cup of strong, black coffee to make the “veillée”.

Whether national chains or local roasters, it is easy to find coffee prepared to your liking. According to writer Michael Pollen, coffee was responsible for most of the scientific and social progress during the Enlightenment. Caffeine stimulated the neurons of thinkers like Voltaire and Diderot who gathered at Café Procope to discuss the ideas that would change the world. When I’m working in my favorite café and, like most of the other customers, I’m behind the screen of my computer with my earphones stuck in my ears, I often wonder what they would have thought of these people not talking to each other in public. Maybe they would have thought that at least the coffee is still just as good.

From Pointe-aux-Chênes to Pointe-au-Chien: Tenacity at the End of the World.