You’ll notice, as you peruse Connor McManus’ online art portfolio, that one of these paintings is not like the others.

It’s titled “Please Touch Me.” It’s not an adaptation of a Rorschach splotch, a phase McManus explored exhaustively not too long ago. It’s not an intensely zoomed-in snapshot of nature, a phase McManus isn’t quite through with just yet. It’s, it’s….well, it’s hard to explain – but the process used to complete it explains so much about McManus, the artist.

“I had this idea, like a joke in my head,” he says of the piece done in 2011 while studying at Brown University. “But I sat down, and thought for the first time, ‘How can I make this work?’”

The focal point of the painting is a highway billboard, brightened by a frame of lights and illuminated further from the cars zooming past. In it, a man wearing makeup lays on the ground, hand supporting his head as peacock feathers conceal naked body parts that otherwise would surely cause some fender benders. McManus says the billboard photo was inspired by a high school senior portrait – sans feathers and with clothes, of course. If not for the absurdity of the billboard image, the painting flirts with being photographic.

Visually impressive, “Just Touch Me” marked a turning point in the Lafayette native’s approach toward his craft. Where he once slapped on some Radiohead, shut his bedroom door and winged it for a night, McManus meticulously plotted the content of this 5-by-7 canvas, using Photoshop and drawings as a creative mixed-media roadmap to follow. 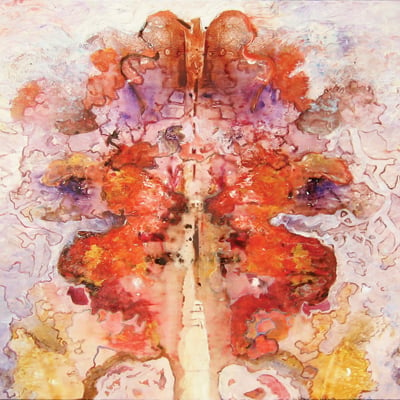 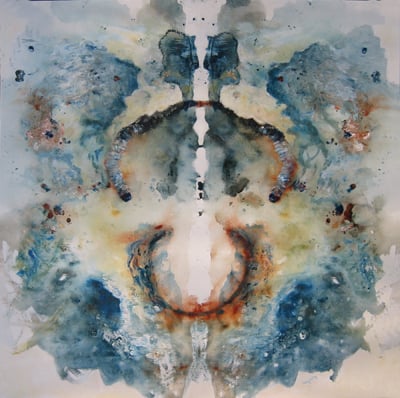 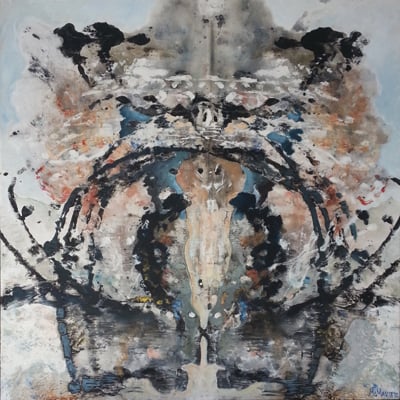 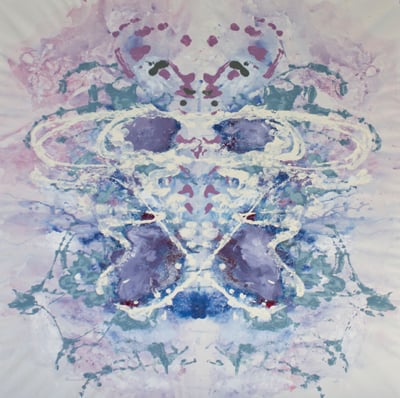 “Now, at a certain point, it switches over from honoring what I designed to where it becomes a painting – using intuitive decisions to finish the piece,” McManus says. “I’m more interested in figuring out processes, working through them, and improving on them until it gets boring. In high school, I’d sit down, slap on an album and paint. And whatever would be done in an hour would be a painting. It’s not like that anymore.”

The process works, apparently. Represented by Jeffery McCullough Art and Design, McManus has pieces hanging at Perch in New Orleans and has had work displayed throughout the state and in New England. In mid-April, McManus will be prominently featured in The Big Easel Festival at Lafayette’s River Ranch – a homecoming of sorts.

Encouraged by a mother who kept her son well-stocked with brushes, markers, chalk and charcoal, McManus’ talent flourished relatively early. He attended the Lafayette High School Arts Academy headed by Kathy Reed, and before that spent a summer at the prestigious Interlochen Arts Camp in northern Michigan.

“It was intense,” McManus says of the experience. “You’re doing art for eight hours a day, so it’s not exactly vacation. But that’s what I loved. I hung with the ‘weird, art kids’ and I guess I was one myself. The token hipsters of Lafayette – going to Artmosphere on the weekends, wearing feathers in our hair. That was us. We were ‘those’ kids.”

McManus studied Visual Art at Brown University in Rhode Island. While there, he was inspired to delve into the first “phase” of his then-infant art career (and, really, still-infant career considering he’s only 24) when a classmate showed him a Rorschach ink blot being used for a project. Intrigued by the natural abstract qualities of the psychological tools, McManus found the painting process somewhat liberating compared to detail-heavy pieces like the aforementioned “Just Touch Me” painting. While still making decisions about color and rough composition, McManus admitted that his hands were “sort of out of it” when compiling this section of his art portfolio. 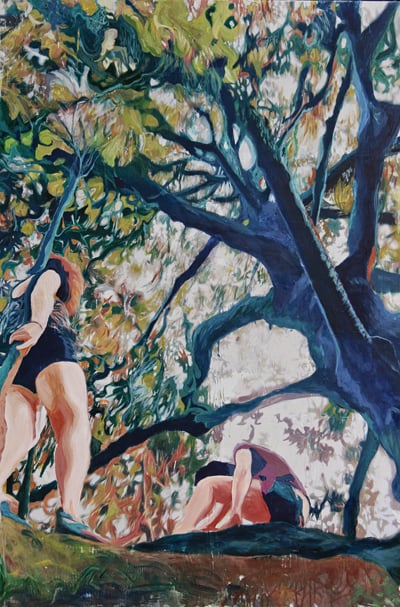 “What is abstract painting? From the observer’s point of view, you go up to it, project your own ideas on it, and you think it to be whatever you want,” he says. “I sold a couple paintings where the buyer saw something that I didn’t see or intend for them to see, and that’s the reason she fell in love with it. So the Rorschach style was just an extension of that: Who are you? What do you see? How do you respond to this?

“It’s not about what the painting is. It’s what you are.”

More recently, McManus has been inspired to bring forth the unique structural qualities of the oft-ignored natural splendor that surrounds us. In acrylic paintings like “Live Oak at Jackson Square” or “Sunblown,” McManus believes he’s captured the beauty and weirdness of things – like trees – that we see every day, but never really examine. For these pieces, which he’s focused on after work and on the weekends for the past year, McManus mirrors the prep process he originally developed in college, never deviating much from his original vision.

“I’m not really looking for Connor McManus signature that I can repeat over and over,” he says. “I don’t know what I’ll be painting in a year or two. The changes come from different influences, and you just never know what those are going to be. That’s part of the fun.”