The Allure of Acadiana Profile

Moving back to Lafayette after finishing college was the last thing on my mind.

In 1969, the same year the first edition of Acadiana Profile rolled off the press, I was living in Baton Rouge and attending LSU. I was a senior, majoring in journalism.

I wasn’t completely sure what I wanted to do after graduation, but I was thinking about pursuing a master’s degree in journalism or going to work as a reporter for a big-city newspaper somewhere in America. Working for my dad’s new magazine back home in Lafayette wasn’t one of the options I was considering.

At the time, my world revolved around the study of daily metropolitan newspaper journalism and the practice thereof in the newsroom of the Daily Reveille, the campus paper. We wrote on manual typewriters, and I can still hear the distinctive sound, the chorus of three or four typewriters going at the same time as we raced to meet our 8 p.m. deadline.

It was a very exciting time to be alive and in college and honing my skills in my chosen profession.

In my world, defined by the boundaries of the LSU campus, it was a time of reporting on heated debates (read: shouting matches) at Free Speech Alley, next to the Student Union building, especially those dealing with controversial issues of the day such as U.S. involvement in the Vietnam War. Just across the street, in the basketball arena known as the Cow Palace, superstar “Pistol” Pete Maravich was ripping the nets for 50 and 60 points per game. On the radio were the inspiring and thought-provoking songs of Otis Redding; John Denver; Joan Baez; Judy Collins; Bob Dylan; and Peter, Paul and Mary. In the newspapers were awe-inspiring stories about the real possibility of putting a man on the moon. In the classrooms, we were starting to hear rumblings of the seemingly far-fetched notion that one day we’d be getting our news on a monitor of some kind rather than from newspapers. 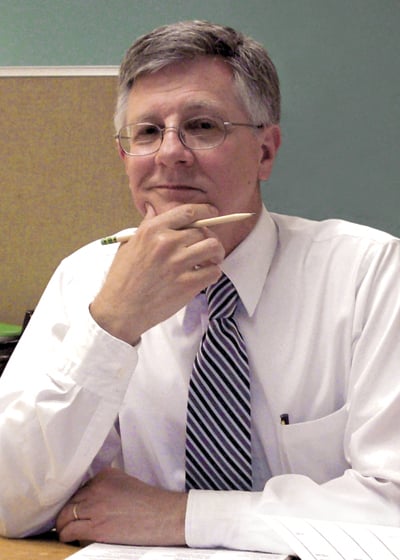 Meanwhile, back in Lafayette, the fledgling Acadiana Profile magazine was in its first year of operation, and my dad, its editor and publisher, was up at 4 in the morning typing away on his electric typewriter about South Louisiana’s unique culture and heritage. He’d call me at school occasionally or drop me a line, suggesting there was great opportunity right here in Lafayette for a young journalist to ply his trade.

In the spring of 1970, in the last couple of months of my college days, I knew it was time to decide which path I’d take, career-wise. It was time to “fish or cut bait,” as Dad was fond of saying.

I had the opportunity to go to the University of Texas at Austin to teach news-writing and photojournalism while pursuing a master’s in journalism. Or I could go along with Chancellor Cecil Taylor’s suggestion that I move to Boston and enter Harvard’s journalism graduate school on a Nieman fellowship. Or I could apply to work as a reporter for the Chicago Tribune or Palm Beach Post, where I had worked as an intern the previous summer. Or I could move back to Lafayette and go to work for Acadiana Profile.

There was a chance, too, that the matter might not be mine to decide because I was subject to being drafted into the service and sent to fight in Vietnam. The lottery draft system had recently been put in place, and if your birth date was picked early in the process, then your luck had just run out. (I managed to dodge a bullet, with my birth date being picked 316th out of 365 numbers. My services would not be needed overseas.)

But still, at age 21, I had a lot to think about. I wasn’t excited by the thought of continuing to go to college because journalism is not that academic of a subject; I felt investing more time in college would soon reach a point of diminishing returns for the effort expended. As for being a big-city newspaper reporter, that’s where my heart was, but I felt that job would always be there if I wanted it, so there was no rush.

I knew Dad wanted me to come home and work with him. And I did see South Louisiana as a journalist’s paradise, a sea of feature story possibilities, with its unique French-Acadian culture, countless festivals and colorful characters. It might be intriguing to work in a medium as fresh and new as a regional magazine – there were very, very few such media in the U.S. at the time.

I began to imagine writing stories, editing copy, taking pictures and laying out pages of the magazine. I could nearly see the striking color photography beautifully reproduced on glossy stock – pictures of alleys of ancient oaks, sunrises over the Atchafalaya Basin and the rich texture of old brick-and-cypress exteriors of historic buildings. The magazine offered opportunities for creativity, for variety, for the practice of the journalistic skills I acquired at LSU.

So, all things considered, I decided to forgo Chicago, West Palm Beach, Austin and Boston. The allure of what waited for me in Lafayette was just too strong.

I’d return to Lafayette – but only for a year or so. That’s the deal I made with myself: one year and then off to the big-city newspaper job. And that’s what I told my dad.

He didn’t say much. But I could tell what he was thinking: that one day I’d take over from him and I’d have a long and gratifying career with Acadiana Profile.

Turned out, the satisfaction of working for this new regional magazine proved to be greater than I had imagined.

I ended up staying for 43 years … and still counting.