A Lake Charles native and lauded mixologist, Ashford was brought on by new proprietor Ben Herrera to head the esteemed cocktail program when he reopened Calla in December.

“Restaurant Calla is a vessel to experiment and introduce things to Lake Charles,” says Ashford. “I like to give my other bartenders creative freedom. We’ve added new cocktails, but have also brought back the Founder’s List based on favorites from Calla’s 10 original founders. We get a lot of regulars for happy hour.”

A former chef with an expanding empire, Herrera recently acquired City Market and Deli down the road from 121 Artisan Bistro. He transformed it into The James 710, opened in April. The sleek haven is helmed by Chef Michael Breese (formerly of the Asian-inspired Maypop in New Orleans). Future plans include projects in Sulphur and Moss Bluff.

Strain into a highball glass filled with fresh ice. Top with sparkling water and garnish with a dehydrated grapefruit wheel hanging on the edge of the glass. 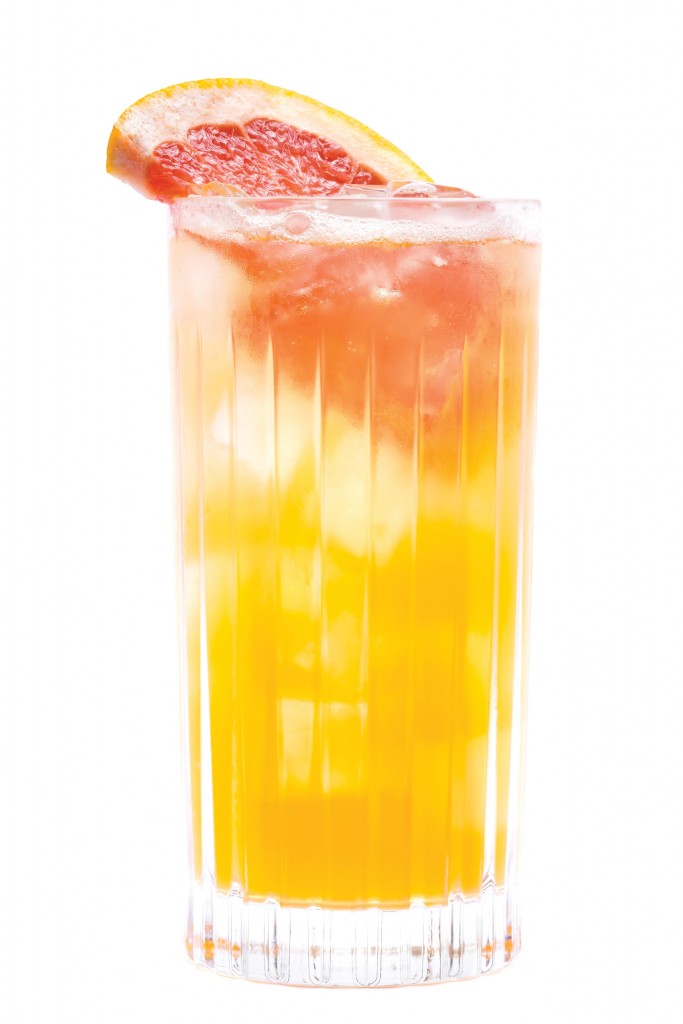