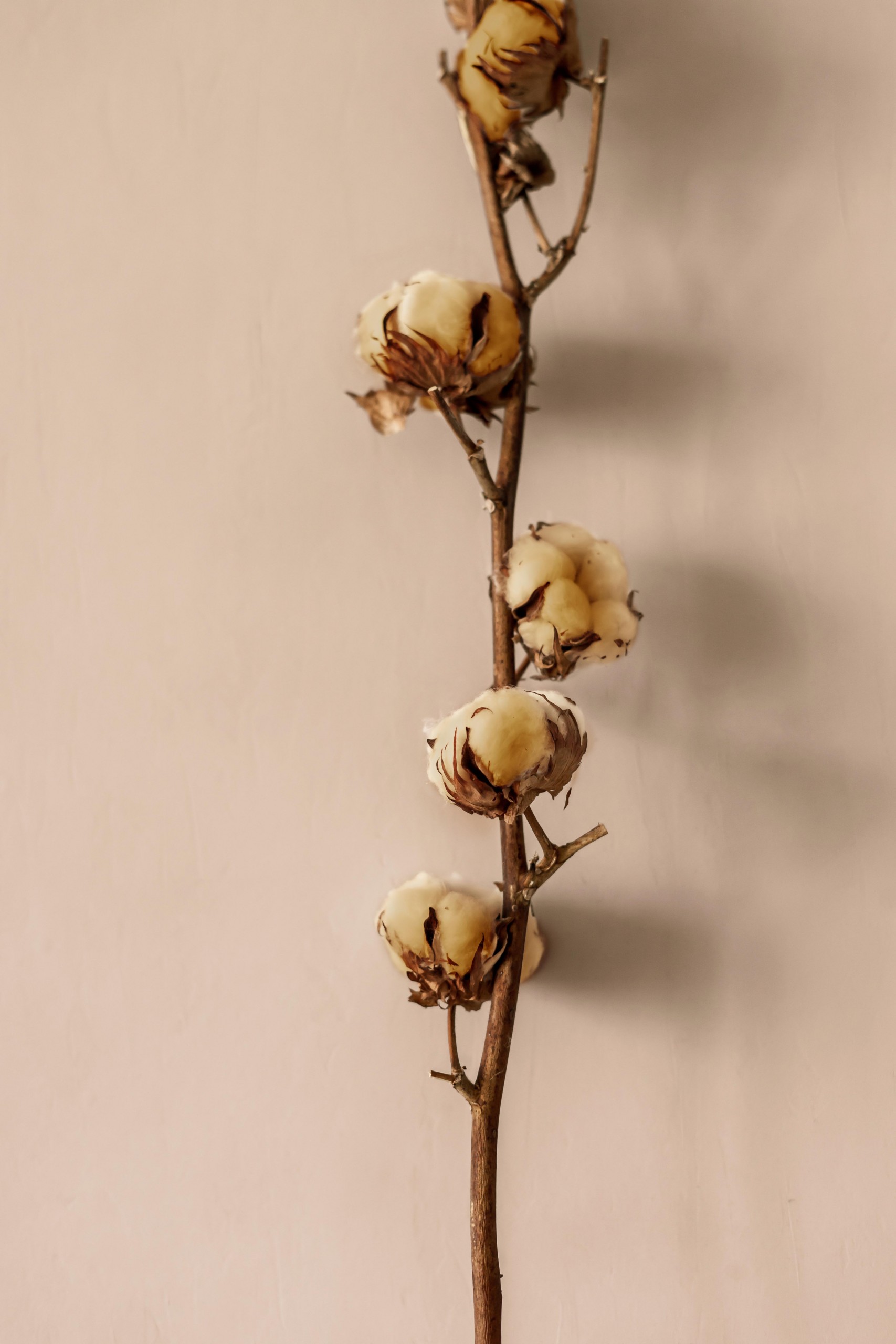 Long forgotten due to its low commercial value, brown cotton is experiencing a renaissance in popularity among those who want to rediscover the “home-made” aesthetic. Not as commercially coveted as white cotton, its cultivation has long been a family affair. Its shorter staple made brown cotton difficult to manage on a large scale, and therefore difficult to sell. The inhabitants grew brown cotton for their own consumption. The arrival of ready-to-wear clothing in stores, along with greater circulation of cash, could have signaled the end of the story for brown cotton and yet …

Growing brown cotton requires special attention and considerable physical effort. The seeds are planted one at a time an inch or two deep. Traditionally, planting took place after Easter, when the ground was no longer likely to freeze, and after that of white cotton. According to Gladys LeBlanc Clark, considered the greatest of the Master Weavers, her father Ambrose chose the hottest time of the day to plant. The first shoots appear three to five days later. You need to keep your hoe sharp to remove the weeds that threaten to smother the bolls before they bloom a few weeks after their release. Its growing season lasts about two months after flowering. Harvesting brown cotton is a little easier than harvesting white cotton because its stems are taller and therefore you have less bending over. But you need to do it more often.

Once picked up, the work is just beginning. Cotton must be de-seeded and combed, laborious tasks which mobilize the neighborhood. Often the youngest of the family were enlisted to separate the seeds from the cotton in a collective work, the graboterie. They also used to organize women’s gatherings called ecarderies. Ecardes are wooden boards with a handle and small combs. By rubbing the two boards together with the cotton in the middle you make a roll. Then, you put the roll on the spinning wheel to make thread. The thread goes on to the loom to weave it. Finally, we take the fabric to tailor clothes. It may take over a year for this process before you can wear a new skirt or shirt. It’s no wonder that when it became possible, people preferred to buy their own clothes.

A bit like ecarderies and graboteries, which are in the same vein of communal work as the boucherie, it is thanks to the efforts of a community of activists gathered around a common goal that brown cotton is back in fashion. No pun intended, but it’s in the fabric of our culture. Its rediscovery inspired a documentary, the aptly named “Coton jaune” (The French see it as yellow, not brown cotton), and exhibitions that attracted new followers. They even formed a group, “Field to Fashion in Acadiana”, dedicated, like Voltaire, to cultivating one’s garden of brown cotton.