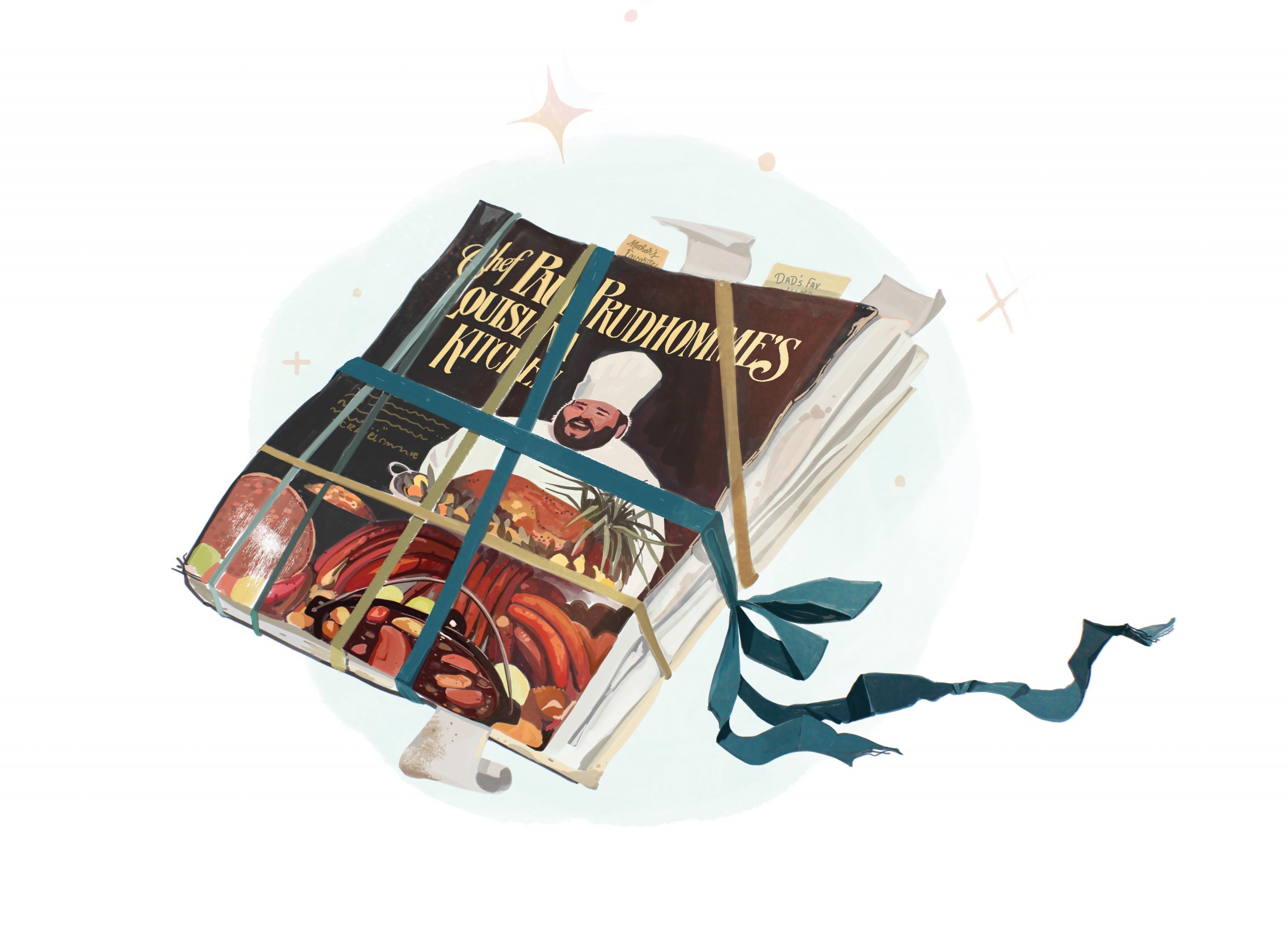 My mother may have been the only abysmal cook in Louisiana, a place where culinary acumen is pretty much a birthright. After confronting too many inedible meals that even my 6-year-old palate could identify as dubious, I began to cook in self-defense. Enticed by the pictures, I gathered the collection of full-color Better Homes & Gardens cookbooks my parents had been given as wedding gifts in 1950 and commenced studying. I am 13 years younger than my sister and 17 years younger than my brother, so my parents were tired and paid little attention as I used the household kitchen as my personal laboratory, sometimes with disastrous outcomes.

I was a sophomore in high school when my sister gave our dad a first edition copy of “Chef Paul Prudhomme’s Louisiana Kitchen.” Having grown up in New Orleans, Cajun cuisine was unfamiliar to me, and I spent hours poring endlessly over the book and salivating over the color images that were outstanding for their time. Detailed, image-driven explanations taught readers how to make blackened redfish — a dish my father adopted and perfected and one that gained such popularity as to have ultimately led to the outlaw of the commercial gathering of red drum — and the proper away to make all shades of roux, including the very, very dark one that has become standard in my kitchen despite my lack of Cajun heritage. Chef Paul’s first book included his family’s recipe for oyster dressing. My father became so enamored with Chef Paul’s version of a dish for which my dad had his own cult following that he allowed traces of the recipe to influence his own. The merging of those two recipes remains a cornerstone of my family’s “culinary canon.”

Years after my father’s death I had the opportunity to work with Chef Paul on several occasions. He was as kind and generous as I ever imagined him to be. He teared-up when I asked him to autograph my soup-stained copy of his first book, which is held together with rubber bands to keep all the goodness from slipping out, and when I told him about my beloved dad and how we cooked our way through the book together.

That book remains among my most treasured possessions. It is one of the few things I grab when forced to evacuate. It was in my bag recently when I was about to blow out of town for a Hurricane Ida evacuation, until I decided to just stay home, sit it out and read the cookbook yet again. Now it is back in my hands as I work my way through heaps of rapidly defrosting seafood and feisty andouille sausage from Wayne Jacob’s Smokehouse in LaPlace. By candlelight, I am starting up my gas range and distracting myself over the comforting labor of a good, dark roux.

JYL BENSON started cooking in self-defense at 6 and began writing for a living at 20. Over the years she has written for what feels like every publication on Earth. She is the author of several cookbooks. Her silks include utter servitude to her needy dogs and, more recently, cooking a dark roux by candlelight on a gas stove when there is no electricity.

Dinner is in the Bag