They've Come a Long Way to Be Close to Us 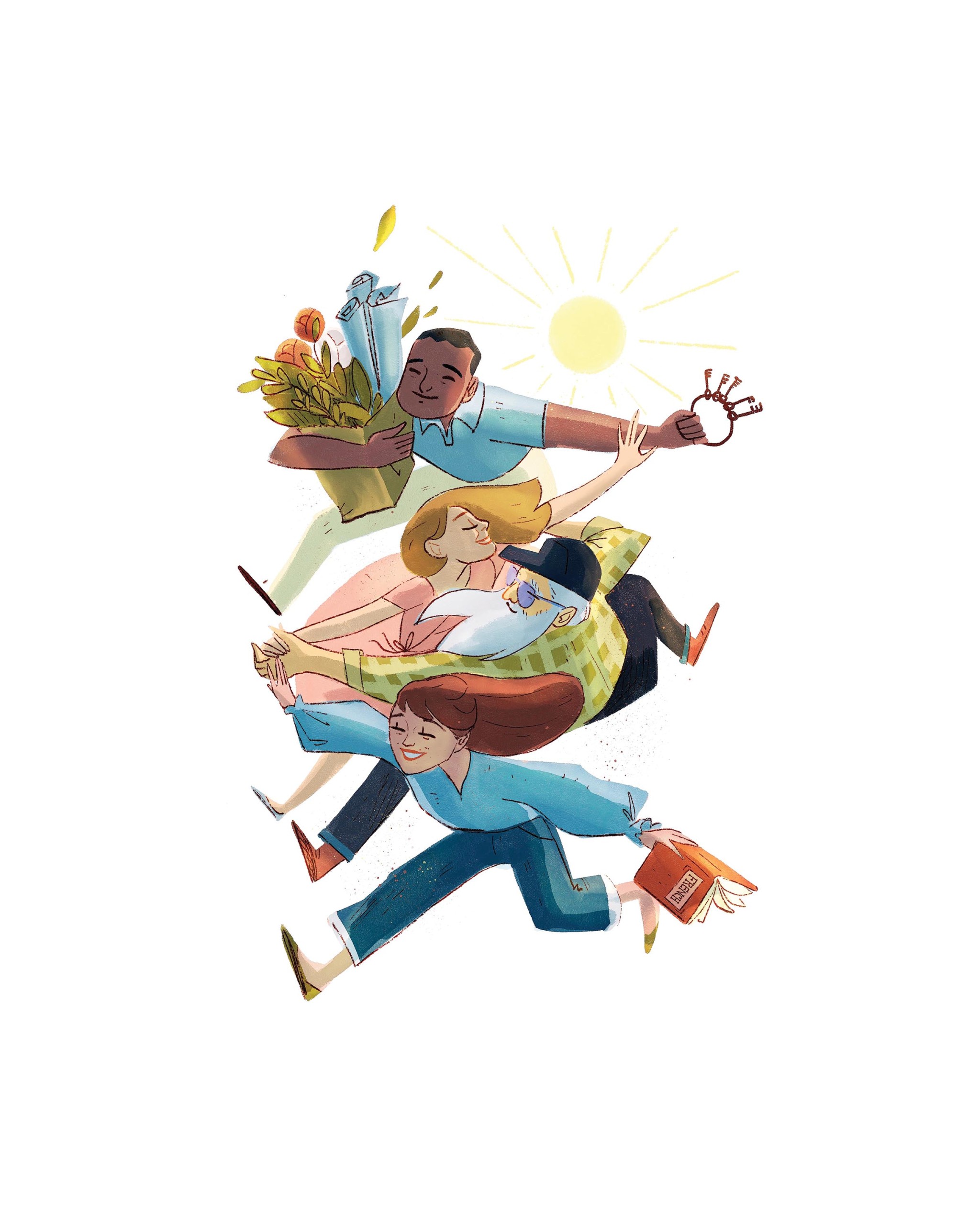 The waves of immigration that contributed to our culture in southern Louisiana did not cease with the end of the Grand Dérangement or with the last ship to transport enslaved Africans. More recently, the arrival of Vietnamese refugees or Spanish speakers from Central America is cited for their contribution of new ingredients to our societal gumbo. It is certainly the attraction of participating in our joie de vivre that attracts new residents, in addition to economic and political reasons, to embark on a new adventure. Here are three examples among many of the people who have chosen to live in Acadiana for our greatest good.

Jim Phillips and Christy Leichty have lived in Acadiana since 2006. They previously had a school in the San Francisco Bay Area. Already in love with the culture of southern Louisiana thanks to a lively music scene there and several stays with us, they decided to come and live this adventure—it’s their word—as soon as they settled their affairs in California. With purchasing power being greater in Louisiana, they were able to purchase a large piece of land near Sunset where they created space for the creative community. Both artists and educators, they have largely contributed to the development of music and theatre. They saw an opportunity not only to develop the arts, but also to improve the illiteracy rate.

Ravi Daggula came to study at the University of Louisiana at Lafayette over twenty years ago. When asked what motivated him to relocate from his native India, he puts it simply. “I came because I was offered a scholarship.” This return on investment has already paid fruitful dividends as he is now at the center of an economic revitalization in real estate. With his partners, he revives historic homes such as Maison Mouton or Nickerson House, as well as other places associated with tourism and hospitality.

The offer to teach French with CODOFIL prompted Peggy Somers to jump in her car and drive to Lafayette from New Brunswick in 1999. Having risen through the ranks from teacher to counsellor, today she is the executive director of the state agency that first hired her. Along the way, she changed her surname to Feehan. If that name sounds familiar to you, it’s because her husband is Festival International de Louisiane director Scott Feehan. When asked what attracted her the most, she echoes a remark that we often hear when comparing northern Acadia with southern Acadia: “When I go to the store, I see people who look like my cousins and neighbors back home in Kedgwick”. Despite more than 260 years of separation, the ties between the two Acadias remain strong.

We can lament the departure of young people towards other horizons, but as long as Acadiana inspires dreams, it will continue to attract dreamers who want to make positive contributions for a better life.

New exhibition at Acadiana Center for the Arts Showcases Artists from Martinique, Senegal, Guyana, and Louisiana