Building on the Past 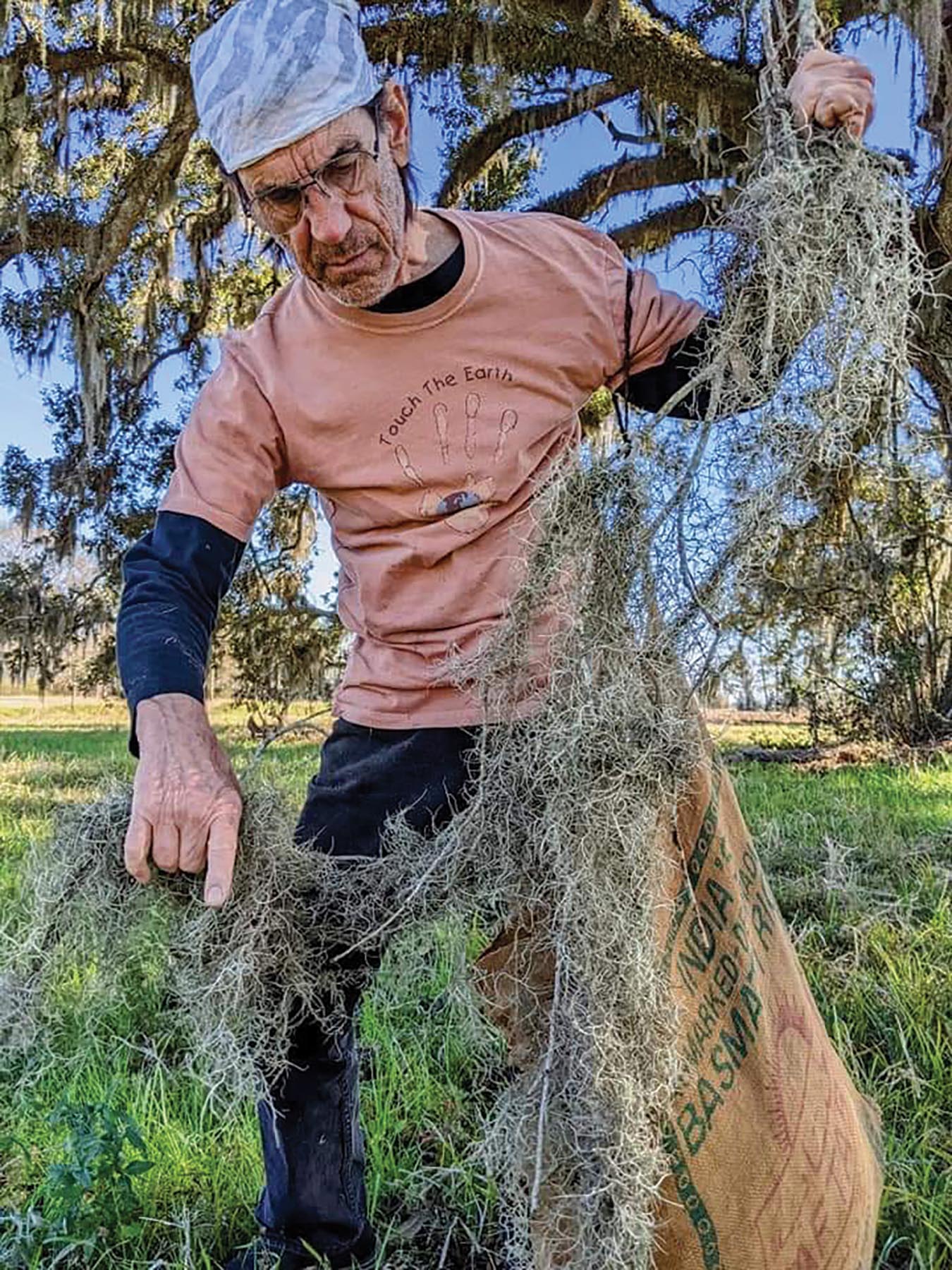 Dale Pierrottie is an artist, musician, preservationist, teacher and sometimes actor from Lafayette, but more importantly he is a master of an ancient Native American building technique that helped 18th-century French settlers build their homes in colonial Louisiana.

Pierrottie — he pronounces it Pair-o-t — has gained a considerable following for his iconic art and historic restoration work that employs the building method “bousillage,” a mixture of clay and dried Spanish moss once popular among early French settlers in the lower Mississippi River Valley. Back home in Canada and France, they used methods called “colombage-pierroté” and “briquette-entre-poteaux” (later used in Louisiana) whereby they constructed dwellings with timbers and then filled in the spaces between the posts with stones or bricks. Since those materials were not available to early Louisiana settlers, they used bousillage (boo-see-yah-ge) learned from local Native Americans.

Pierrottie’s skills haven’t gone unnoticed by preservationists. In 2020, the Louisiana Trust for Historic Preservation presented him with its “Living Trades Award” for his use of the “traditional technique.” A sample of his bousillage work is at the National Building Museum in Washington, D.C. He also conducted several “Pass It On” bousillage workshops sponsored by the Louisiana Division of the Arts’ Folklife Program and Bayou Culture Collaborative.

Over the years, Pierrottie, who resides north of Lafayette with his wife and writer Denise Harding, has helped restore notable buildings including the 1790s Armand Broussard House in Vermilionville, Magnolia Mound in Baton Rouge, Oakland Plantation near Natchitoches, the 1820s Kleinpeter House in Baton Rouge, the circa 1840s Hebert House (also Green House) near Lake Arthur and the 1757 French colonial LaPointe-Krebs House in Pascagoula, Mississippi.

It’s a labor-intensive process. First, he fluffs up the cured moss and applies layers of clay to each side. Once the patties have dried somewhat, he folds them over slats called “barreaux” fastened between the posts. The dried bousillage is covered with weatherboards. Sometimes he leaves the slats exposed for people to see how it’s done.

“I love the sense of time that shows,” says the 72-year-old self-taught Abbeville native who is part French, Italian and Chitimacha Indian. “It’s an old medium that I’m trying to introduce again. It’s green and it helps in cooling the house in the summer and heating in winter.”

Pierrottie’s introduction to bousillage was in the early 1960s in Lake Charles during summers with his maternal grandparents in Basile. One day he was watching his grandfather, Leras Darbonne, dig a well when up came a shovel full of red clay. His grandfather told him in Cajun French that when he was a young man local folks built their chimneys with layers of clay mixed with moss packed around an ascending framework of sticks.

“I knew then I wanted to do something with that, but didn’t,” Pierrottie says. “It stayed in my mind for years.”

The opportunity came in 1985 when Louisiana filmmaker Glen Pitre was making “Belizaire the Cajun.” Pitre hired Pierrottie to help make movie sets at the Acadian Village in Lafayette and repair the bousillage chimney on an old Acadian cabin at Longfellow-Evangeline State Historic Site in St. Martinville. Pierrottie played a small part in the movie and made bousillage “gris gris” figures for Belizaire’s cabin.

“I feel pride in passing on the art of bousillage,” says Pierrottie, “It is a connection to my Acadian culture and [honors] my grandfather. I wanted to bring bousillage into the future beyond historical restorations. There are only so many old houses left to restore, but by teaching the process, it can be used for building and art. It keeps this historical medium viable.”