Building your house without forgetting where it is. 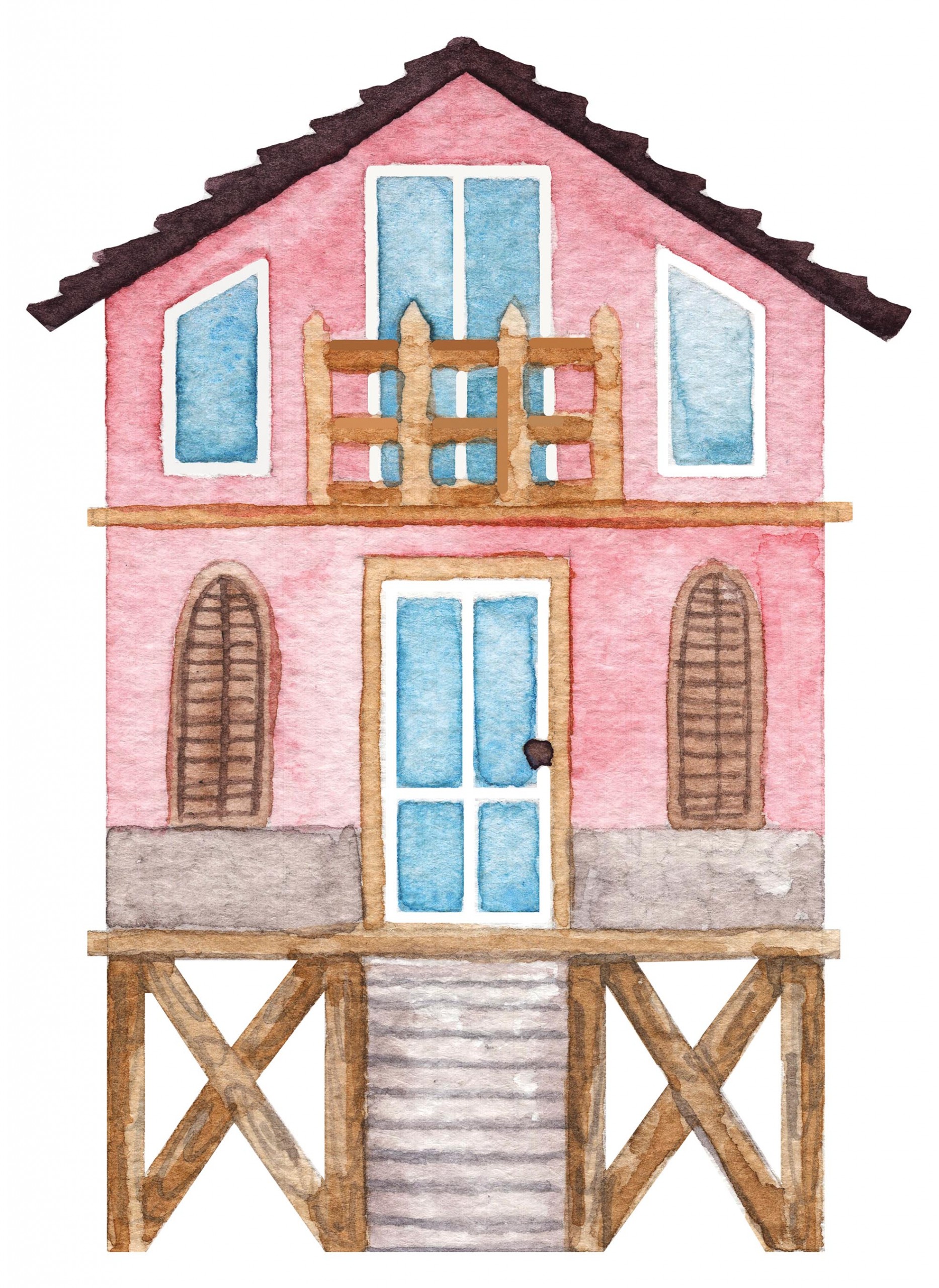 My parents’ house, where I grew up, was right behind my grandparents’ house. With my childish eyes, I saw a huge house, almost a palace, with a brick staircase that climbed up to the sky. In reality, it was a modest house, but mounted high on pilings. Its height was more the result of an elevation higher than that of other neighboring houses than of a life of great luxury led by my grandparents. My cousins and I would spend hours playing in the cool half-light of the large space under this house, cobwebs as a bonus. The reason we had this covered playground was because my grandfather, a survivor of the 1893 hurricane at the age of six, respected nature. That’s why he built it so high, at least four feet, with a cistern that collected rainwater. He knew what nature was capable of, for better or worse. Years later, my mother told me how Pépère shook his head sadly when he saw ranch-style houses being built on concrete slabs. “They are crazy, those young people” he lamented. And he was right, as successive floods have proven. The old houses stood above the waves, while “those young people” bailed out theirs. With the entry into American modernity, we have forgotten these lessons and moved away from the types of houses that considered the forces that nature could carry.

When they arrived in 18th century Louisiana, the Acadians experienced four different generations of construction. According to Jay Edwards, in Acadia, they used methods that served them well in Canada’s cold climate: small windows, small doors and building directly into the ground, a technique called “poteaux en terre”. In the sub-tropics, they quickly realized that they needed the opposite. The first dwellings were temporary, built in the style of the Native American huts made with palmetto fronds. Next, cottages which recalled the constructions in Acadia, but which were also temporary. Then, the Creole style, which existed before their arrival, begins to make its influence felt by adding, among other things, a space below the house to let fresh air and the floodwater passe Finally, the generalization of the front porch marked the houses of the fourth generation. With the “garçonnière”, that room in the attic reserved for young males they already had in Acadia, probably the best-known feature, they gave the style that is now associated with the typical Acadian house.

If we want to continue to build and live in the region, we have to reimagine our relationship with the environment and see nature not as a wild beast that can be tamed, but as my grandfather saw it: With the eyes of someone who has seen what she is capable of.