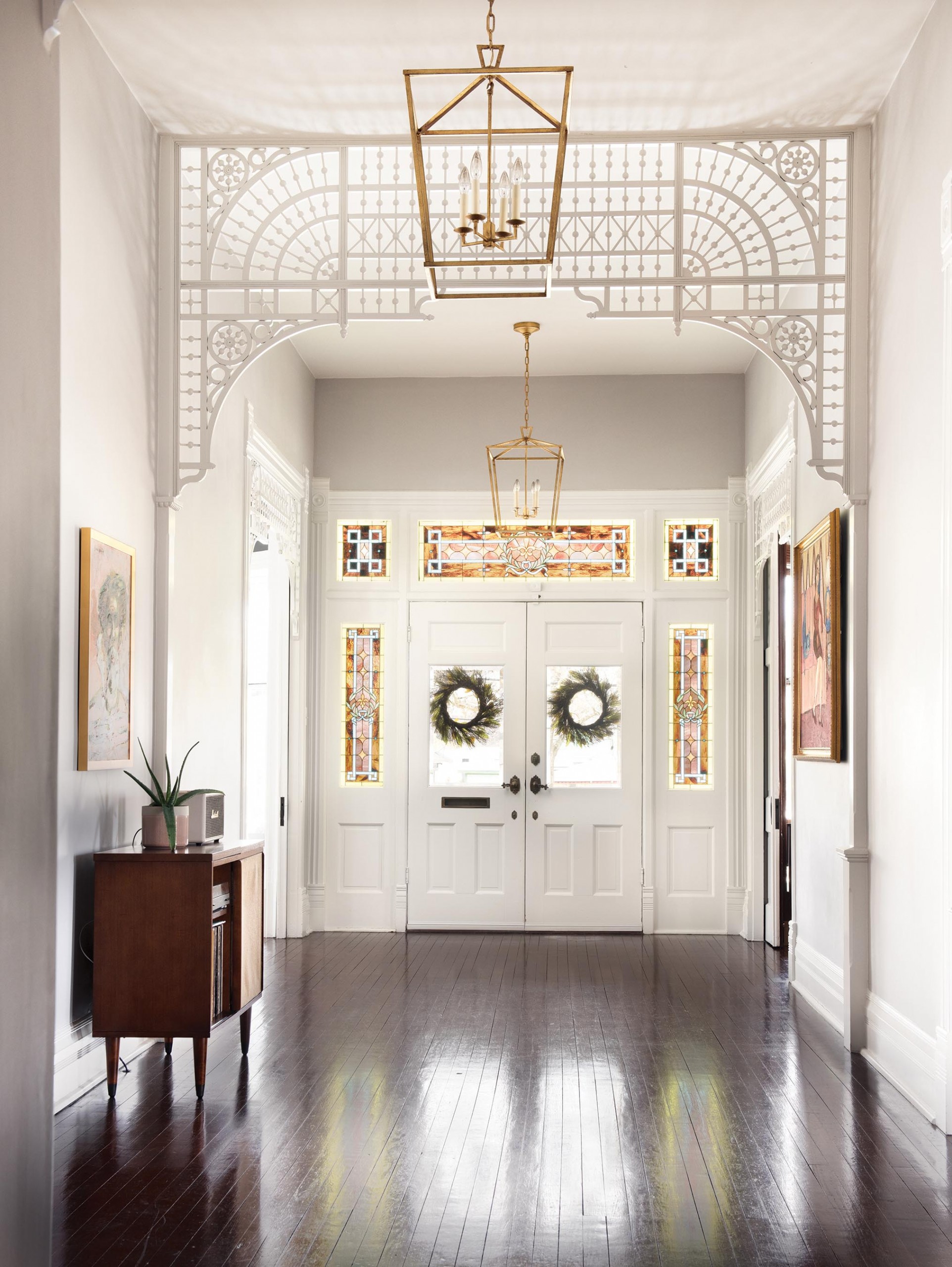 The milled trim and fretwork adorning several doorways were originally stained dark brown, and Granger repainted in white for a lighter, airier feel. The vintage record player and album collection belonged to Granger’s father-in-law, while the portrait above was purchased on a visit to Old San Juan. 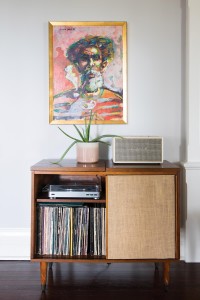 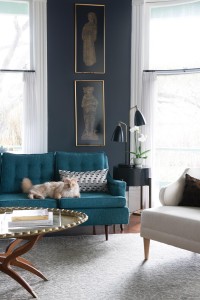 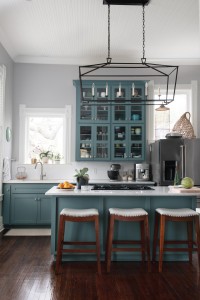 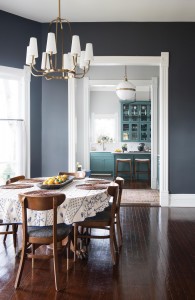 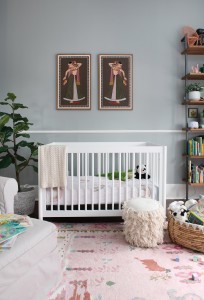 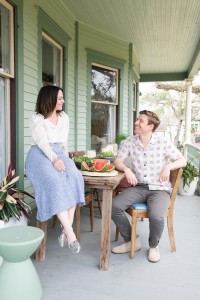 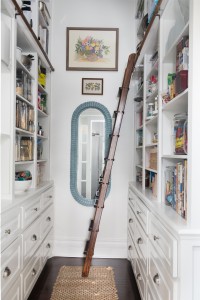 Lauren Granger has always gravitated toward “old things.” But the former registered dietitian never imagined that her personal home renovation would lead to a new career in design, allowing her to share her love of midcentury and vintage items with others.

After the birth of their first child, Granger and her husband Dustin found themselves outgrowing their small Lake Charles home – and its single bathtub. Granger would drive around during the baby’s daily naps scouting houses for sale. One day she got lucky.

“I saw this house and flipped out because it’s always been our dream house,” says Granger.

The Mill Street home, which the Grangers purchased in 2015, offered more than just extra bathing space (three tubs, to be exact). The 5,000-square-foot house also came with five fireplaces and four living rooms that needed filling — no small task.

According to Granger, the house was built in 1902 by one of the city’s founders, a lumber mill owner. Though the bones were good, the home hadn’t been updated since the 1970s and needed some design TLC.

She reached out to local professionals for help, but the architects and designers were booked solid, so Granger tackled the project on her own.

“At the time I didn’t have any idea what I was doing,” she says. “I got a 3D rendering program and graph paper and went to town.”

Granger’s goal was not just to fill the large space but to do so in a way that married her penchant for midcentury style with the stately Victorian surroundings.

Through the renovation process and in her professional design work, Granger has honed her talent for blending eras. She routinely scours flea markets, garage sales, vintage shops and even Etsy, mixing found treasures with brand-new pieces.

“I like the style of old furniture,” says Granger. “I feel like it’s more durable, and I like to reuse and repurpose. I try to go to as many estate sales as I can. You can see [a piece] in its habitat… I imagine how the homeowner used it. I find it interesting when things have a history.”

As the family expanded — the Grangers now have two daughters, ages 2 and 6 — they have also grown into their space. The four living rooms now include “his and hers” home offices as well as a playroom. These downstairs rooms can be closed off with the home’s seven original pocket doors, a privacy feature that came in handy during a year of stay-at-home living.

“Every room has a purpose,” says Granger. “We are in every room every day.”

The Art of Not Letting Go

Catching Fish in the "Dead Zone"