The Bible tells us the prayer “of a righteous man is powerful and effective.” Now witness “soulful impressions” and prayerful paintings by St. Martinville artist Dennis Paul Williams, a righteous man.

The Louisiana music world knows Williams as the guitarist in his brother’s band Nathan & The Zydeco Cha Chas. St. Martinville residents know him best as a member of the city council. Yet in the visual arts, galleries from Los Angeles to New York as well as in Canada and Japan have featured Williams’ mystical paintings inspired by his Creole Catholic upbringing along Bayou Teche.

To Smith, Williams’s paintings are “something divine and spiritual” and “simply beautiful.” To Bourque, they have a “disarming beauty next to the unknowable, unspeakable and inarticulable void.”

The 61-year-old St. Martinville native’s mixed-media paintings are indeed spiritual. He begins each painting with a prayer and meditation. If an image rises in his imagination, he paints. If it doesn’t, he walks away. These images, and the colors he chooses, must be spiritually significant. To him, they represent the “powerful tool” of prayer.

“My art is a meditation, not just a painting,” Williams says. “They are prayers. A painting must have a voice or it means nothing. I am so moved by the power of prayer. They are more spiritual than religious. They Lord shows me how to do this.”

His Zenlike imagery, perhaps influenced by his time in Japan with the Marine Corps, takes the spectral form of a Madonna and child, or an African-American Creole woman wearing a “tignon,” rising in cloudlike mists much like the iconography of his beloved Catholic church. His inspirations are the Virgin Mary, his grandmother and his mother, who raised 10 children after his father died at the age of 39. Williams was then only 10. Like the Rosary he recites daily, Williams’ paintings are healing bouquets offered up to motherhood.

“My mother and the Virgin Mary are indelible impressions of inner strength,” he says. “My work expresses movement of life. Every mother is a creator. I am blessed that God has allowed me to see things.”

Williams’ spiritual meditations and “soulful impressions” become a transference to the viewer, thereby completing the circle. 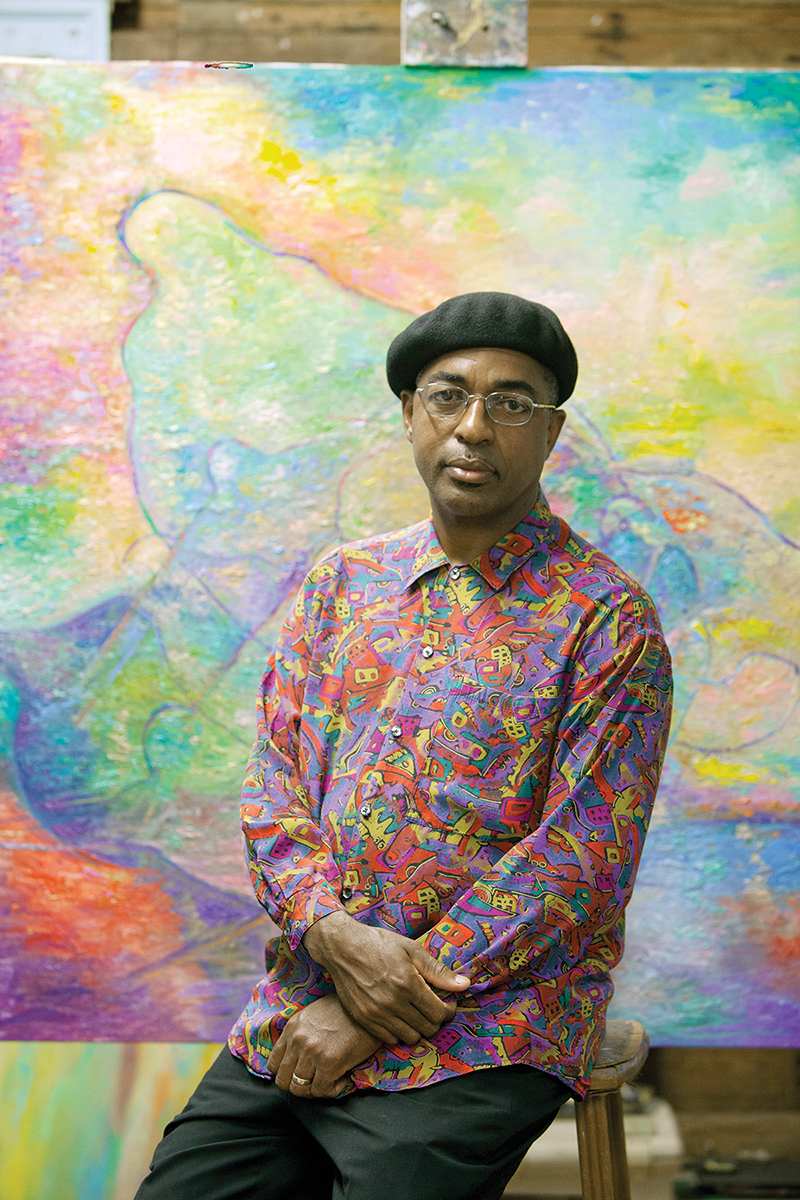 To see more of his work visit dennispaul-williams.com