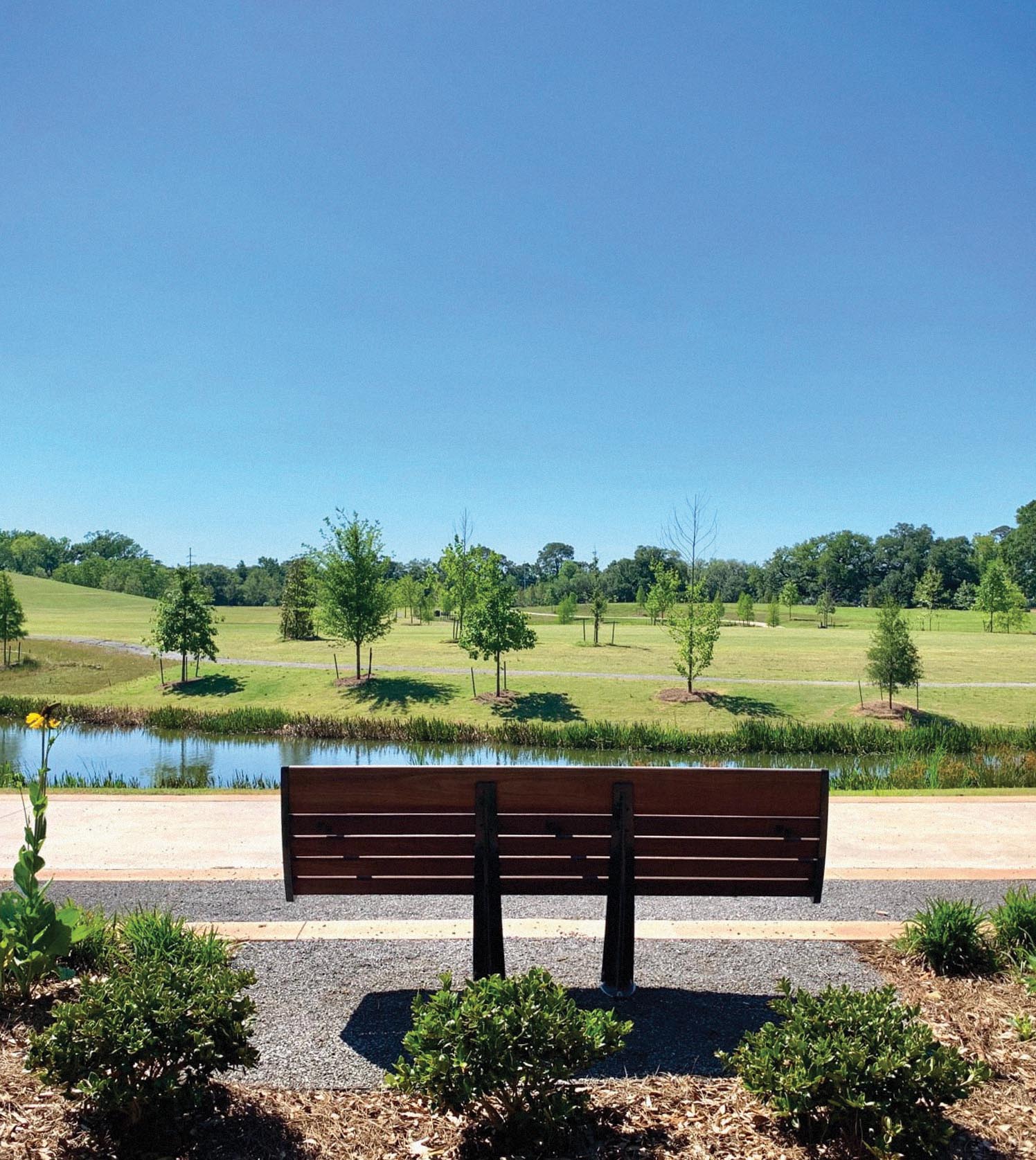 New Dancehall Museum
The Acadiana Center for the Arts is planning to turn the 10,000 square-foot, two-story Lafayette Hardware store built in 1880 (121 W. Vermilion St.) into the Louisiana Music Museum and Dance Hall. Designed to portray the story of Louisiana’s music including jazz, blues, Rockabilly, Dixieland, Cajun and zydeco. Listed on the National Register of Historic Places.

Apartments Named After Judges
Residents will soon be moving into the old former federal courthouse downtown (along Jefferson and Main Streets). Renamed The Municipal, the building sat vacant for 20 years. It has been renovated into an art-deco and mid-century modern living space equipped with a swimming pool, clubhouse and pet-washing station. Some of the apartments will be named after judges that once sat on the bench (themunicipalla.com/).

Beloved Bakery is Back
A staple for 30 years, Pronia’s Deli and Bakery recently reopened after hurricane Laura forced it to close and undergo massive repairs 17 months earlier. Initially opened as a New Orleans-style muffaletta shop, the business gradually expanded to include a popular bakery. Featuring specialty Mardi Gras king cakes, Pronia’s has a completely new look with the bakery and deli now combined in one location (proniasdeliandbakery.com).

Water Meters that Wow
All of the 35,000 outdated, 30-year-old water meters throughout Lake Charles will be replaced with new automated meters over the next 16-18 months. The new meters will provide more accurate water bills and won’t require meter readers. Data will be relayed via radio to quickly identify leaks. Utilities manager Kevin Heise said it will be “the most advanced metering system” on the Gulf Coast. Bill payment assistance will be extended through June or until funds run out.

The team at Bourée Restaurant is optimistic they will reopen in March. The two-year-old brunch haven was forced to close in February, 2021 when freshly laundered aprons and towels spontaneously caught fire. The damage required a complete gutting of the interior. The renovation includes an all-new custom cypress bar (facebook.com/BourreeRestaurant/).

The new 9,000 square-foot location of Fat Pat’s Bar and Grill is under construction in Breaux Bridge (1510 Rees Street). It will include a hybrid indoor/outdoor space with turf, games and abundant TVs and two 1,500 square-foot spaces available for future tenants. Slated for completion this summer (fatpatsbarandgrill.com).

NUNU’s live music series returns February 14 when the Grand Coteau Front Porch brings Dylan LeBlanc performing at Singleton’s Pure Magic Stage (BYOB; eventbrite.com/e/dylan-leblanc-live-at-nunu). Beginning in February, the new Work of Art Café will meet every second Sunday of the month, designed to inform participants about the business side of art; led by gallery owners, grant directors and others (nunucollective.org).

When Houma resident Nick Price started cleaning two of the catfish that he had caught in the same spot at the Houma Intracoastal-Waterway Tunnel, he noticed they had unusually large bellies. As he began to filet the 19-pound and 20-pound catfish, ducks started pouring out. One was filled with baby ducks and the other one had the momma duck and a baby. “I actually jumped back,” Price said. “It’s surprising what catfish will eat.”

A program for Nicholls State University’s filmmaker students is the latest recipient of an award from Louisiana’s Entertainment Development Fund. Nicholls will receive $47,171 to set up a Film Studies Suite equipped with new production tools to enhance training in a range of filmmaking techniques. The Suite will be developed with the latest technology in Peltier Hall (nicholls.edu).

After years of litigation and closures, Lake Martin’s boat launch will soon be restored and will feature a new kayak launch, thanks to an agreement between the St. Martin Parish Government, the Louisiana Department of Wildlife and Fisheries and private landowners. The boat ramp will remain open to the public during construction, which will be completed this spring. The $100,000 project will include the repair of piers, public parking areas and constructing a kayak launch for public use.

Categories: Events, Homepage, Things To Do