Where do you go when home leaves you? 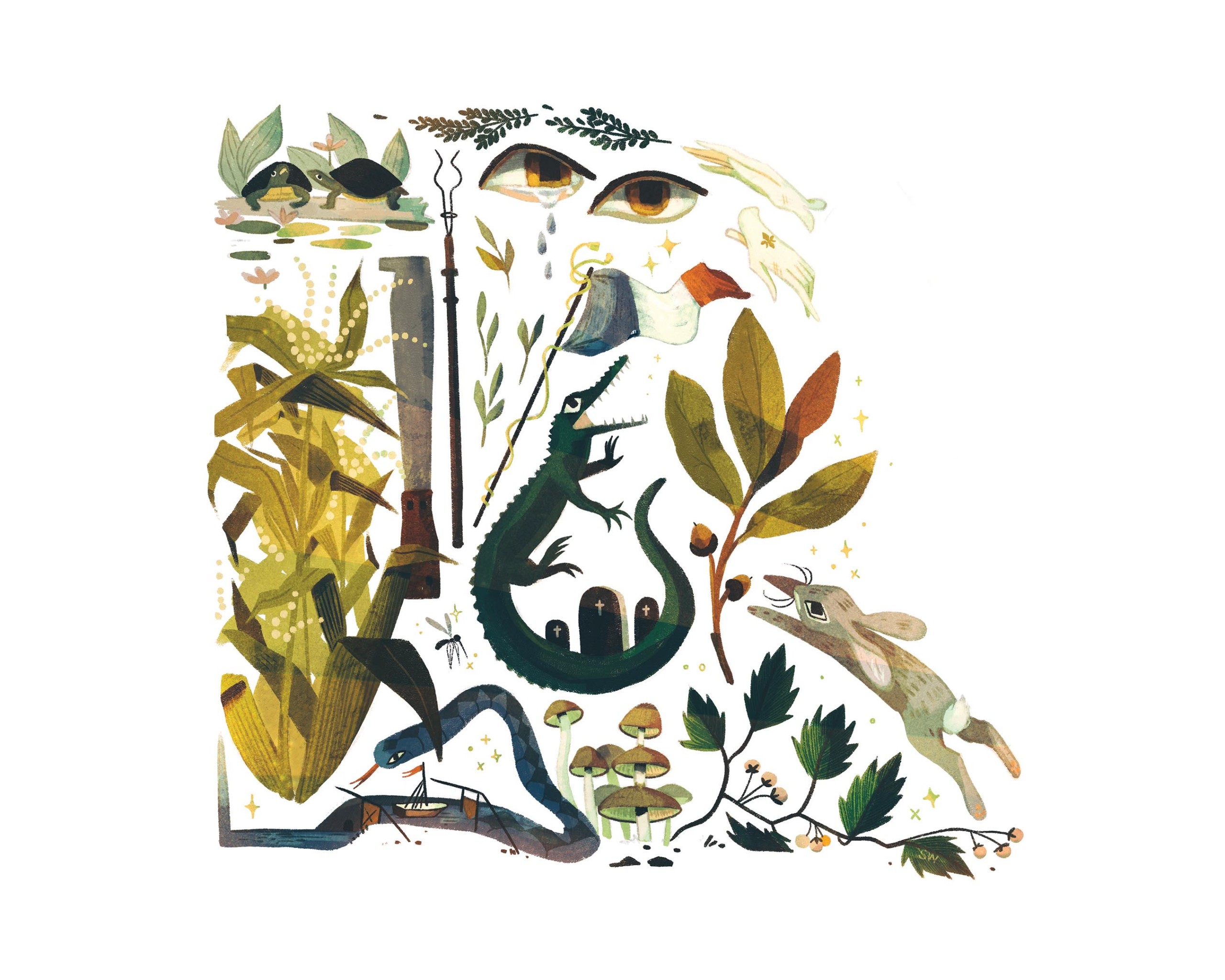 The story of south Louisiana is one of constant flux and migration, going all the way back to the end of the Pleistocene Epoch when the melting Laurentide Ice Sheet allowed the freed waters to carve what would eventually become the Mississippi River and its tributaries. The receding ice also left behind rich sediment that formed the Mississippi Valley, the end of which we inhabit today, allowing for fertile harvests and a healthy ecosystem. It was nonetheless a harsh environment, filled with animals that would just as soon eat you as look at you, where people decided to make their home for thousands of years, adjusting and adapting to their surroundings, long before Cavelier, Sieur de la Salle planted a flag to claim all the land that drains into this vast delta for the far-off king of France. Not surprisingly, upon their arrival, the early French explorers’ first accounts mention the size and quantity of the mosquitoes, which according to one Jesuit chronicler “have already caused more Christians to curse than in all of history.” Yet, we decided to stay here, make it our home, raise our families and bury our dead in and on this ever-shifting, never-a-dull-moment, slow-motion roller coaster ride of a country. We have tried to tame the landscape and the waterways through levees and canals to accommodate our needs and desires, all the while being molded by the limits and constraints nature has imposed upon us.

Our sense of place comes from events that preceded our arrival, whether by birth, choice, force or exile, and will continue to influence those who, hopefully, will occupy this land after us. But that proposition is by no means a foregone conclusion. The natural phenomena that formed the land beneath our feet are now working to take it away, despite our best efforts to engineer ourselves out of the seemingly inevitable. Recurrent hurricanes and flooding, land erosion, rising sea levels and simple subsidence, not to mention the damage we have incurred ourselves in the exercise of our livelihoods, are all pushing us away not only from the land, but also from the means of living we extracted from it. Home, that physical and emotional space our forebearers have provided for us and hopefully we will pass on to those who will follow us. Where we go next will be determined by our answers to the same questions the residents of Isle de Jean Charles are facing. Mostly descendants of the people who roamed this land alongside mastodons and bison, they are the first official American climate refugees and some refuse to leave. Who’s to blame them? As one of the last holdouts says, “We were born here. We are going to die here.” Most have decided to move further inland. Our idea of what home means to us in south Louisiana may just one day boil down to, as The Clash sang, “Should I stay or should I go?” Whatever we chose, we will still have to make it our home.