The sweet treats of my childhood were quite humble. Many afternoons when I arrived home from school during the winter months, Mama had sweet potatoes, still warm from the oven, on a tray along with a can of Steen’s 100% Pure Cane Syrup, softened (homemade) butter, and a few chunks of cheddar cheese. Between mouthfuls, we talked about our day. Mama and I loved our shared sweet potatoes so much so my father nicknamed me Patate Douce (sweet potato).

Nan-Nan (Tante Belle), who lived next door to us, often lured me and my brother Henri Clay over to her house for a visit with the promise of les oreilles de cochon (literally pigs’ ears), crispy fried dough drizzled with the ubiquitous cane syrup and toasted pecans. 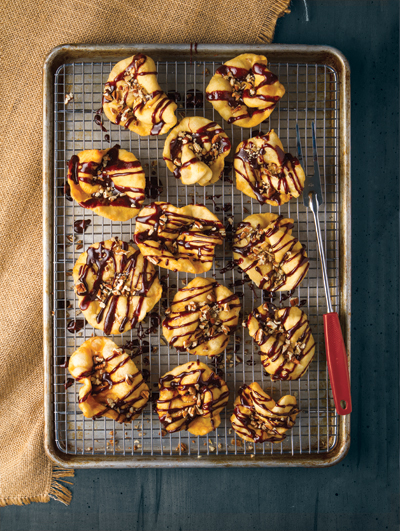 It was on special occasions, like my birthday (in February), that Mama, Nan-Nan and Tante May went overboard and treated me to what they called crème d’ange (cream of the angels). This wonderfully rich delicacy was nothing more than cooked sweetened condensed milk topped with hand-whipped sweet cream, toasted pecans AND a big maraschino cherry. It was indeed heavenly. 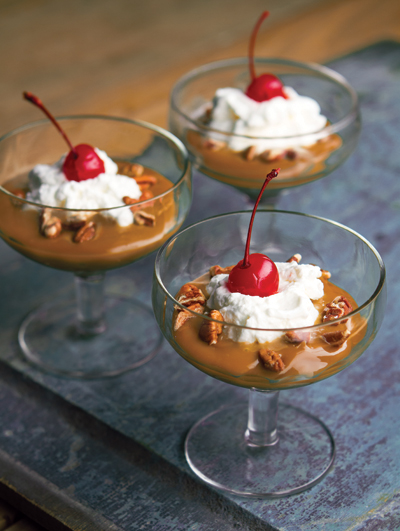 On cold, clear days Mama and the aunts spent the better part of the afternoon whipping up fudge (Mama called hers Russian taffy), pralines and one of my favorites: chocolate cream candies. 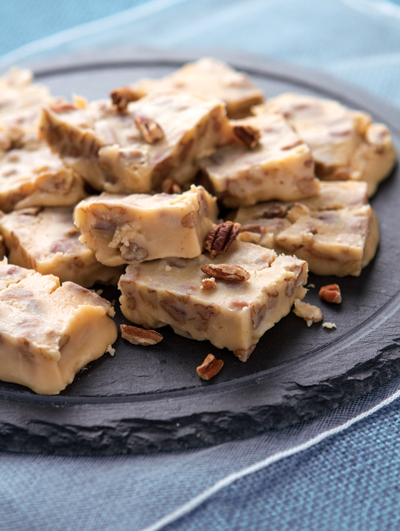 The house in which I live was once owned by my mother’s friend, Ms. Doreen, who was an excellent cook. She and her husband had no children and she often invited my sister and me to help her make chocolate cream candies. This was one of our favorites. It’s a little tricky to coat the balls with the chocolate but with a little practice, anyone can do it. 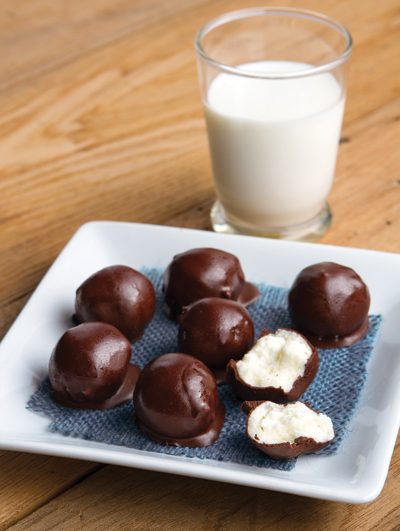 The cooks were quite frugal. Nothing went to waste. If there were extra egg whites, they often made soupirs, which I learned later were meringues. They were delicate, sugary-sweet and resembled white puffy clouds. They were sometimes dusted with cocoa powder or filled with seasonal fresh fruit. I distinctly remember La Vielle plopping the stiff egg whites on brown paper bags before gently shoving them into the warm oven. 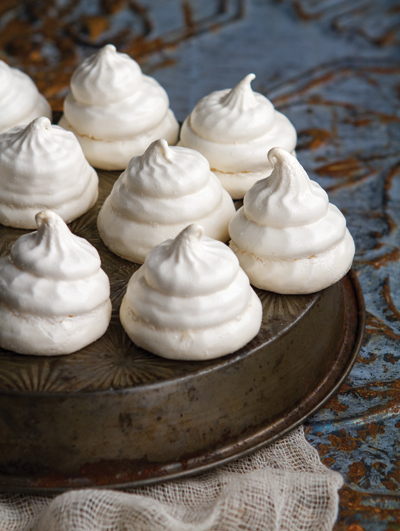 Beat the eggs until foamy.  Add the milk and blend.  Sift the flour baking powder and salt together twice.  Add this to the egg mixture and blend.
Cut off a small portion about the size of a walnut and roll out on a lightly floured board until very thin.
Drop each piece into hot oil and give each piece a twist from the top with a fork and fry until light brown and drain on paper towels.
Boil the syrup until it forms a soft ball in cold water and drizzle over the fried pastries.  While the syrup is still warm, scatter the chopped pecans over the pastries.

Remove the paper labels from the condensed milk cans.  DO NOT OPEN THE CANS. Put the cans in a large, heavy pot and add enough water to completely submerge the cans. Bring the water to a boil. Watch carefully and add more water as necessary to keep the cabs submerged. Note: If the cans become exposed, they will explode. Boil for 3 hours. Remove the cans from the hot water and cool to room temperature, then store the unopened cans in the refrigerator until chilled, at least 2 hours.
To make the sweetened whipped cream, whip the cream until soft peaks begin to form. Add the sugar and continue to whip until stiff peaks form. Refrigerate until ready to serve.

To serve, open the cans and spoon equal amounts of the condensed milk (it will be the color of taffy) into dessert bowls (Mama used her crystal sherbet glasses for this.), and garnish with whipped cream, a sprinkle of the pecans and a cherry.
Rather than boiling the cans in water, the condensed milk can be poured into an ovenproof six-cup baking dish. Press parchment paper on top of the condensed milk and then cover the dish tightly with aluminum foil. Place the dish in a deeper baking dish and fill with boiling water until it comes two-thirds up the sides. Bake for 1 ½ hours. The condensed milk should be a golden caramel color. Cool and chill in the refrigerator until ready to use.

Combine the sugar, milk, and condensed milk in a large, heavy pot over medium heat.  Cook, stirring, to the soft-ball stage.  Remove from the heat, then add the pecans, butter, and vanilla.  Beat until the mixture becomes thick.  Pour into a buttered 9-x12-inch pan.  Cool, then cut into 1-inch squares. If you want to make chocolate fudge, use this same recipe, but add 1/2 cup cocoa powder when mixing the sugar, milk, and condensed milk.

Cream the butter and gradually add the sugar and salt, beating until lightly and fluffy.  Add the vanilla and blend well. Cover and freeze the mixture for about 30 minutes.
Shape the mixture into 3/4-inch balls and place them on baking sheets lined with waxed paper or on a metal rack.
Place the chocolate in the top of a double boiler over hot water, stirring until it melts.
Using two forks, quickly dip the balls, one at a time, into the chocolate mixture.  Return to the baking sheets or wire rack.  Chill until the chocolate is firm.  Store in an airtight container in a dry, cool place until ready to serve.

Preheat the oven to 350 degrees. Line a baking sheet with brown paper bags or parchment paper.
Beat the egg whites, cream of tartar and salt in a bowl until the eggs hold soft peaks.  Continue beating, gradually adding the sugar until the stiff peaks form. Add the vanilla or almond extract and gently blend. Drop by teaspoonfuls on the prepared sheet pan. Bake until lightly browned, 15 to 20 minutes.
Remove from the oven and cool away from any drafts. Or, turn off the oven and leave a crack in the door and let them cool gradually in the oven.