Now that the tables have turned, and the spotlight beams down on the man who made his mark pointing it at others so that they may shine, Lafayette transplant Brian Schneider punts on the notion of calling himself an artist…even though he clearly is.

“I struggle with the term ‘artist.’ I really do,” Schneider says, without false humility. “I’m not entirely comfortable with it. It’s like adding something else to your identity.

“I was someone who for a very long time was comfortable in the background,” Schneider continues. “A supporting role — helping the vision of someone else come to fruition. Doing this, having my work be the center of attention, was definitely a mindset change.”

After spending years honing his craft as a lighting designer for on-stage productions and museum exhibits both here and in his previous home of New York City, Schneider went one step further this spring with his first public art exhibit.

Housed at the downtown Acadiana Center for the Arts, “And The Stars Aligned” featured several Schneider-built light installations/lamps shaped in the form of constellations that are becoming increasingly difficult to identify in the night sky because of light pollution. Schneider credits the Paul Bogard book “The End of Night” as his inspiration and a portion of the profits from the exhibit were donated to the Dark Sky Association – a 501(c)(3) whose goal is to protect the night sky for current and future generations.

The creative process for these art pieces was unlike anything Schneider had done before. While designing custom lamps for specific residential projects isn’t anything new to Schneider, those were always single-bulb items designed with functionality first and foremost to fit a unique space. These “star lamps” were a different animal — multi-bulb items created to be as true-to-scale as possible.

Schneider used The Audubon Society’s Field Guide to the Night Sky as a template, referencing it often as he sketched these lamps on paper and later rendering them on the 3D CAD software. From there, Schneider hand-built and hand-wired every constellation for the exhibit.

“I’ve always been interested in lamps and design, in general,” Schneider says. “That dates back to college days, high school days. I have sketchbook upon sketchbook of lamps that I’ve created before. But not until I got to Louisiana, and I opened my own business, did I find the confidence to make custom lamps.

“These [museum exhibit lamps] were for me, for my imagination, for the love of something I wanted to do for myself as opposed to anybody else. Like I said, it was something new for me. It’s not for a client, not a collaboration, not for anyone but myself, even though I obviously hope others love them as well.” 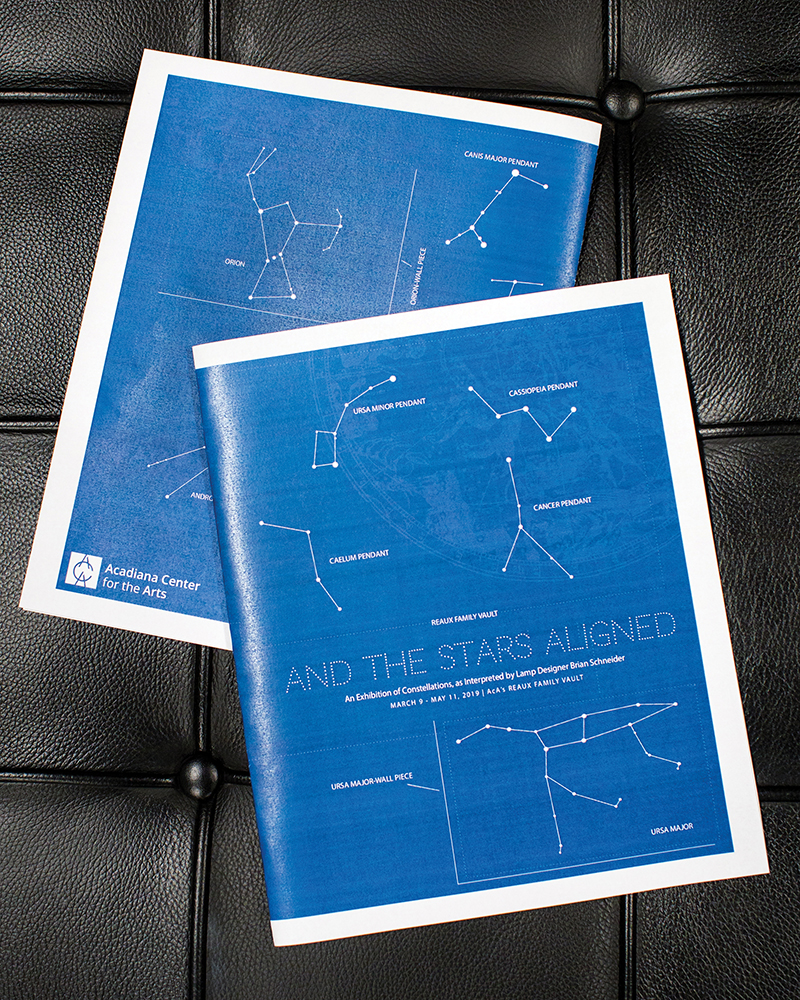 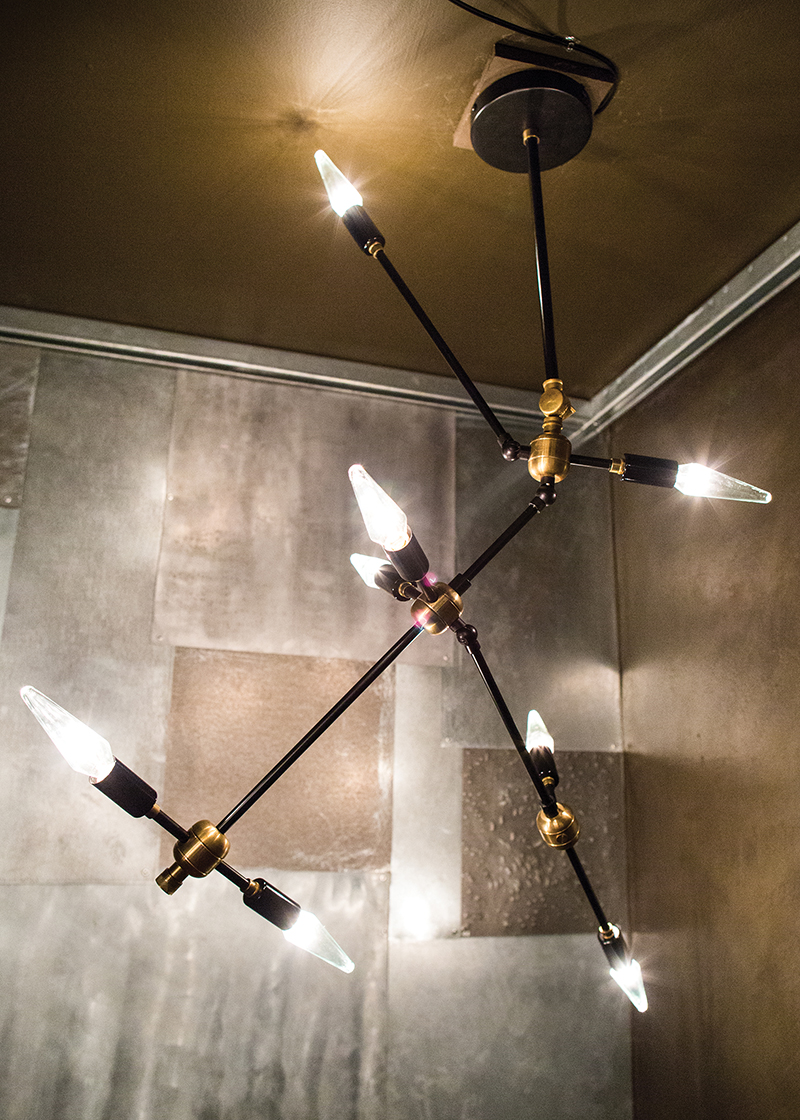 ❶ So how does an NYC native find his way down to Acadiana?

I married a Creole woman. And as I learned, the women here and many of the men find their way back to Louisiana. No matter what, they always come home. Most of the people I’ve met here who aren’t from here, they’ll say the same thing, ‘Well, there was this woman…’ And I’ve been here for about eight years now.

❷ The exhibit at the ACA was the first time you used light as an art piece, but is there an art to what you were doing before — both in NYC and Lafayette?

Lighting for theatre absolutely is art form. Working with light, in general, is an art form. I can wax poetic about light forever. For me, lighting is the great mystery of the world. It’s particle, it’s wave, it’s there, it’s not there. You can see it, but you can only see it if it’s bouncing off of something else. It’s endlessly fascinates me.

Being able to use light to manipulate spaces and emotions and create energy or silence…You can do so much with light.

❸ Take me to the opening night of your ACA exhibit. What was that like?

It was surreal. The turnout was wonderful. The feedback was wonderful. It was a whirlwind. It was almost like your wedding day and the feeling you get and you’re trying to capture it all. 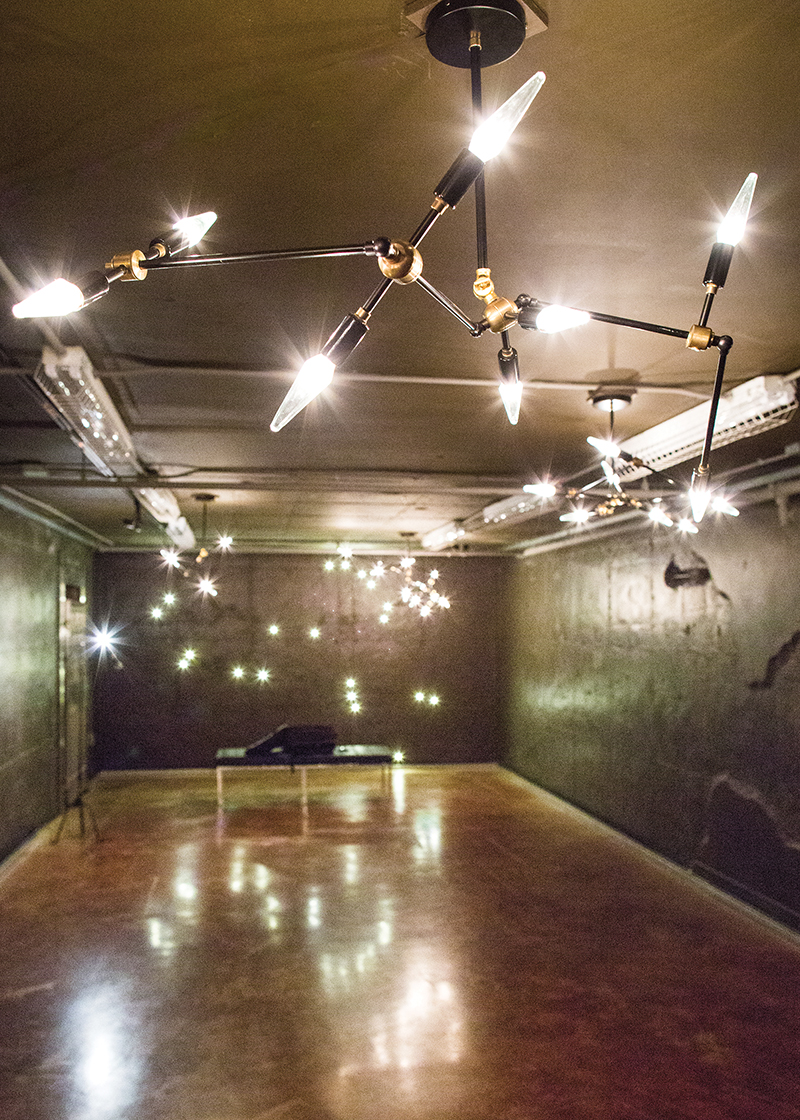