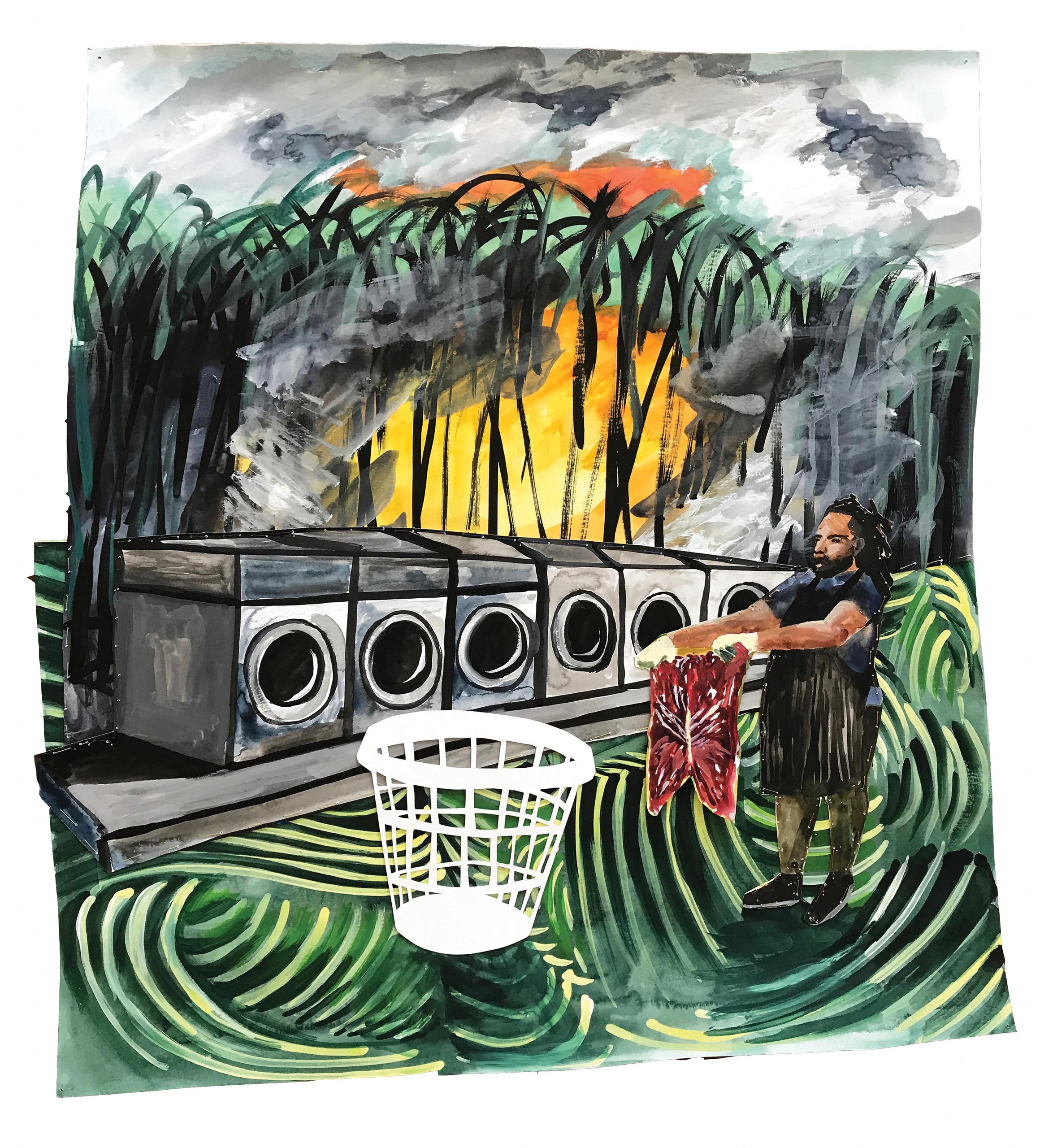 Dreams are like waves washing upon a sandy beach. They leave impressions that quickly disappear. Not for Lafayette artist Kate Gordon, however. Those enigmatic images conjured in Gordon’s dreams often cross the subconscious threshold to become visual realities in her art.

“I consider my work to be a composite of consciousness — a layering of imagery from day-to-day experiences, memories and dreamscapes,” says Gordon. “I try to not censor any of the information that comes from observing.”

That combination of ordinary life experiences, memories and dreamscapes comes together to create bright and puzzling imagery that demands the viewers’ attention and challenge their imaginations. Her collages are not literal stories but a series of familiar images juxtaposed to create visual and often dark effects.

“Although I recognize that my translation of the world is idiosyncratic,” she says, “I naturally gravitate towards imagery that is comically dark. I feel that there is something humane in seeing both the dark and the light aspects of the human condition, while trying to find the humor in both.”

In that sense, Gordon says she is a “storyteller steeped in the language of painting.” But, she continues, those stories “are neither rational nor linear, their beginnings unpacked from dreams.” As Gordon said in an earlier interview by Ben Hickey, curator at the Paul and Lulu Hilliard University Art Museum in Lafayette, she wants viewers to see in her work a “sense of play, a sense of fun.”

To create these “neither rational nor linear” stories, Gordon executes watercolor renderings of random and unrelated images as they come to her. She then cuts them up and juxtaposes them against cuttings from other paintings to create, as she says, “a new version of reality.” Next she stitches these elements together with embroidery floss, thus giving her the ability if necessary to rework the final composition.

“In a dream space anything is possible,” she says. “It is not bound by the laws of science, rules of social engagement, or the practicality of being present for the vulnerability of the human body.”

The 32-year-old Gordon, a graduate of the Pratt Institute in Brooklyn and the University of North Carolina at Greensboro, is a relatively new voice in Louisiana’s Acadiana art world. Born in Queens, New York, and raised east of Brooklyn in the village of Lynbrook, Gordon made the cavernous leap to Louisiana in August 2019 to teach art at the University of Louisiana at Lafayette. That transition came with adjustments.

“Initially,” she says, “I felt as though I was in sensory overload, attempting to recalibrate to the food, music, pace, language, culture and vegetation. My arrival was only seven months before the start of the pandemic shutdown, which further added to a sense of disorientation. During the shutdown, my artwork and the world I inhabited were cosmically aligned in that everything felt like a dream state and at some moments a fever dream. What I have come to appreciate is that New Yorkers and Cajuns have a lot of similarities. For instance, both believe in hard work and pride of place.”

Since moving to Louisiana, Gordon has done well. Among other honors, her work has appeared in exhibitions across the nation, including the Ogden Museum of Southern Art’s 2021 juried show, “Louisiana Contemporary.” Last year, Gordon created a one-artist installation, “Alligator Naps,” at the Hilliard Museum. When not in the classroom or studio, she lectures and gives art workshops to various organizations.

Yet, creating art and observing the world remain driving forces in her life.

“I can’t imagine my life without the constant thread of images, creation, and investigation,” says Gordon. “It is less ‘why’ and more of a sense of being completely and incandescently present for the world as it unfolds around you and then trying to capture it both consciously and subconsciously.”

Borrowing a line from Sam Spade in “The Maltese Falcon,” Gordon’s art is “the stuff that dreams are made of.” 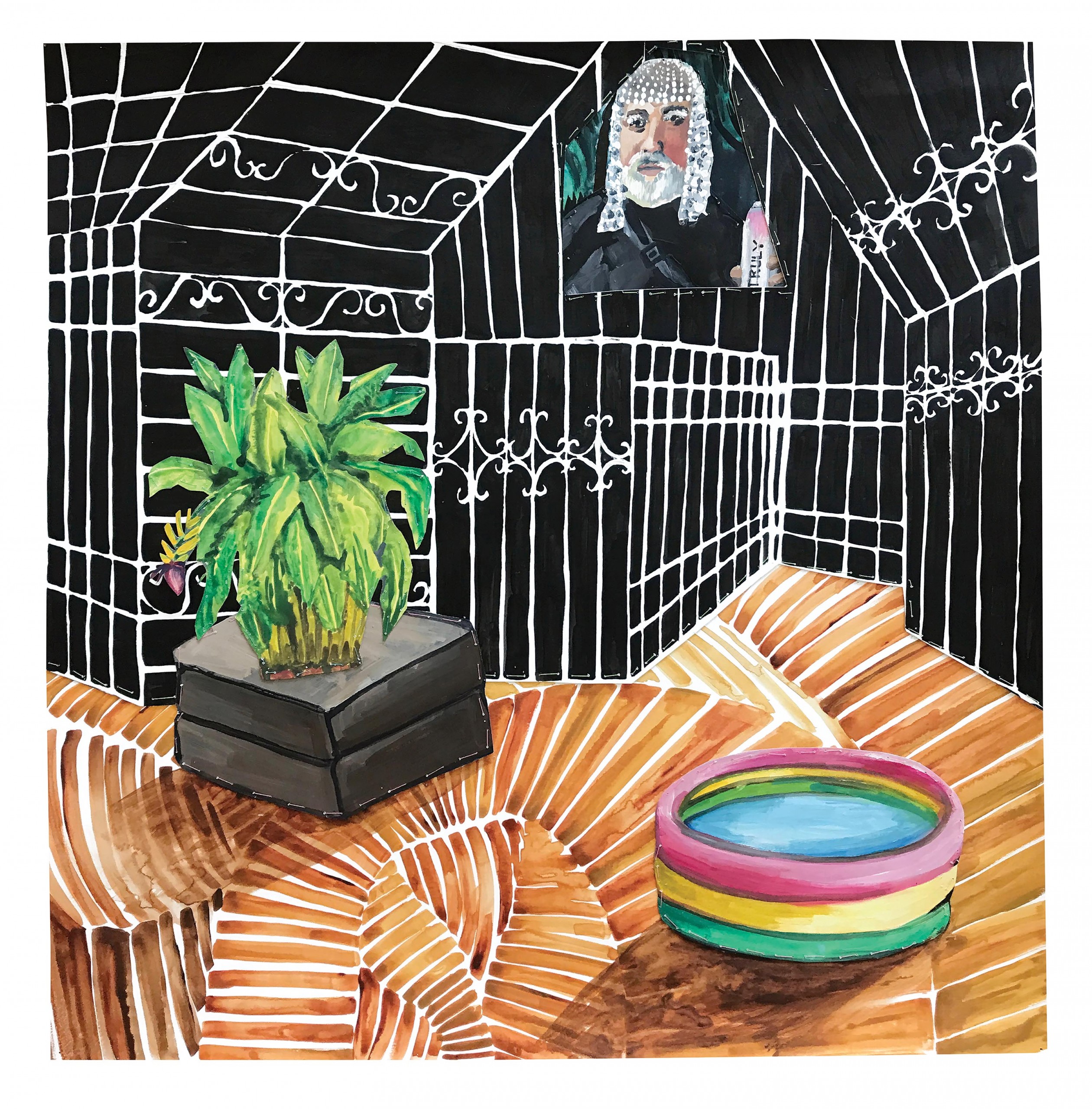 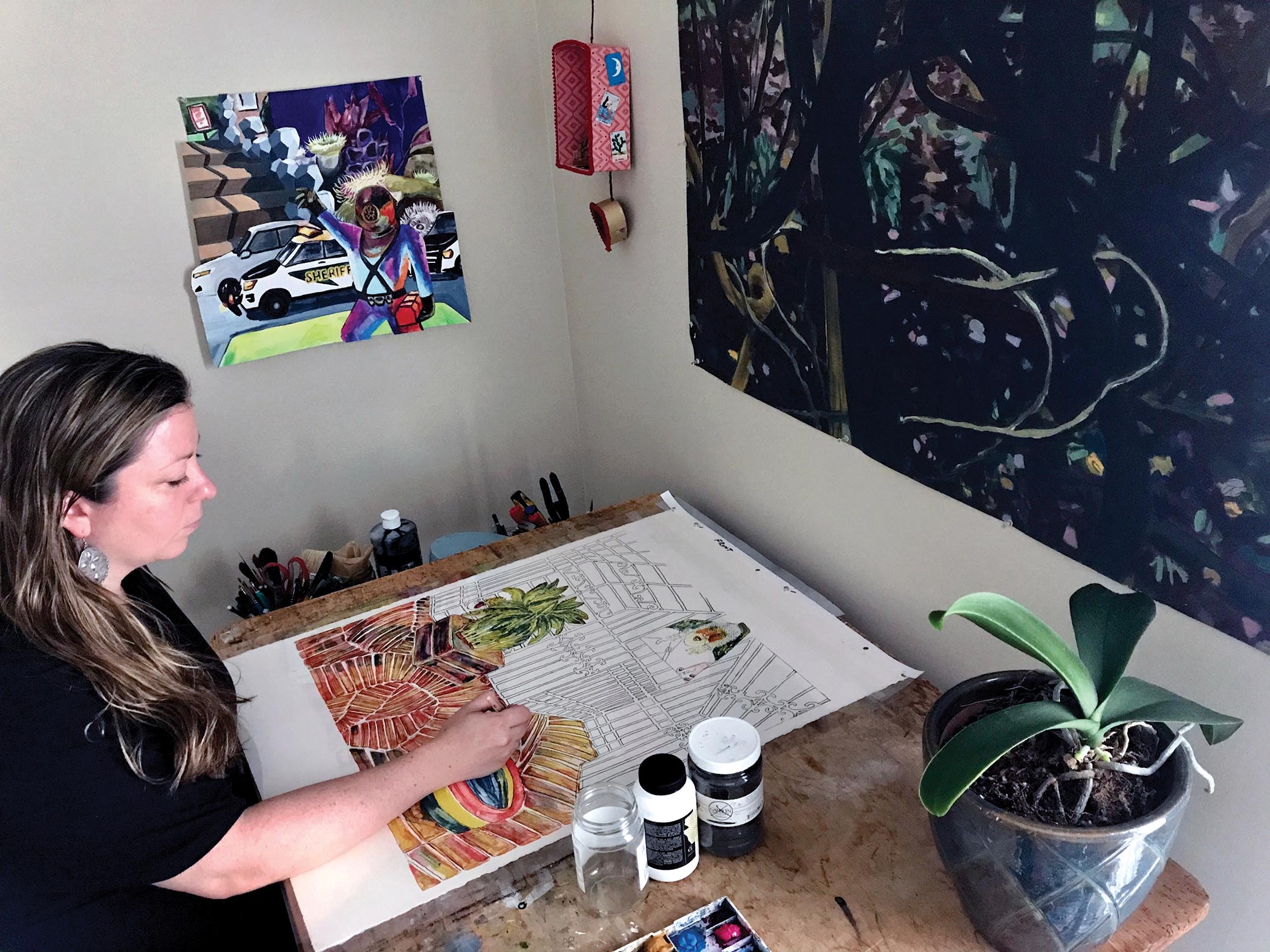