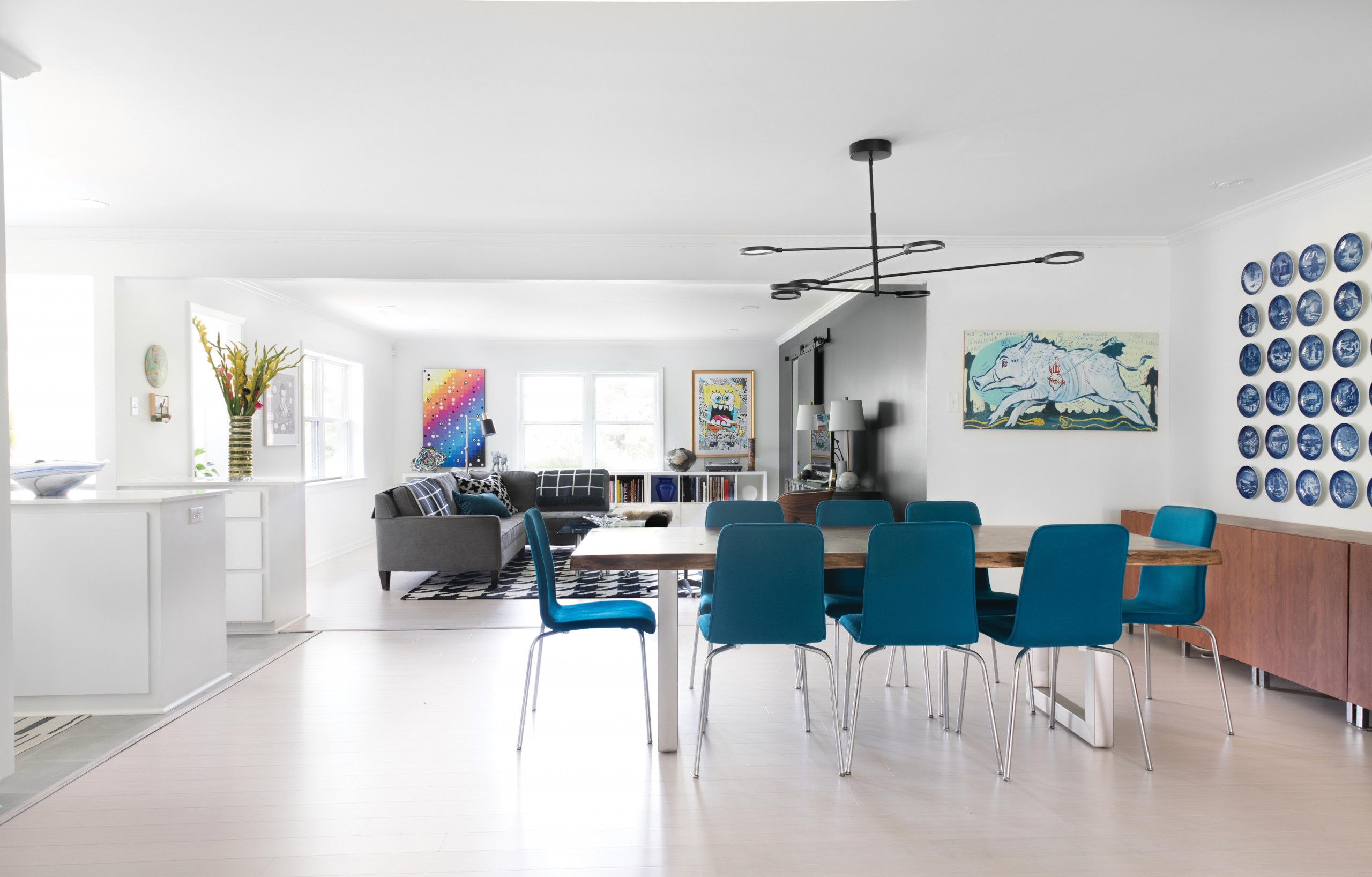 When Raphaël and Susie Gottardi moved to Lafayette, they wanted a home that could house their growing collection of art and midcentury modern furniture.

“I would say it probably influenced every decision we made,” says Susie Gottardi.

The couple bought a solid, 1950s ranch with a sun-drenched backyard for their future vegetable garden. But that’s where the bright sides ended. The interior was dark, dated and far from the sleek, functional space they envisioned. Enter Ursula and Michael McClure of EmeryMcClure Architecture.

The McClures spun up a master renovation plan, featuring a bedroom suite with a dramatic vaulted ceiling. They dubbed the addition to the home’s otherwise horizontal footprint the “Geode”— a nod to Raphaël’s work as a geologist.

“Part of renovation is understanding the value of what already exists,” says Michael. “Celebrating the value, but challenging the condition. That contrast makes everything more vivid.”

Ursula says they opted to remove a wall in the main living space to maximize the home’s natural light in a way that “didn’t require a lot of structural gymnastics.”

“If you want to make the ranch house brighter and more connected to the outside, find the one structural move that will get you the most bang for your buck,” says Michael. “Know where the sun rises and sets.”

Painting the interior an arctic white helped to cast the hard-earned light throughout the home without sacrificing more precious wall space. “The color is doing 50 percent of the work of opening up that space,” explains Ursula.

The second priority involved reimagining the kitchen, which Ursula described, lovingly, as, “the worst kitchen ever.” The result is a remix of the traditional, fridge-sink-stove triangle that allows Raphaël, the primary chef, to prep and cook, while Susie handles the dishes on the other side of the island.

“We can both have our zones without bumping into each other,” says Susie.

As much as she loves the kitchen, Susie says ultimately, the renovation was about figuring out “how can we live in this space with our art, and how can we allow the art to be the centerpiece.” She says the changes have allowed them to add larger scale pieces to their eclectic collection, which includes everything from a life-sized cypress tree sculpture to a bulbous, Gaetano Pesce “Up” armchair.

Both the Gottardis and the McClures say, as advocates of sustainability, one of their favorite aspects of the project was creating something so unique out of an older home.

“It doesn’t take a lot to take existing houses and transform them into their new life,” says Ursula. “Find the right designer, and make it the home you want it to be.”