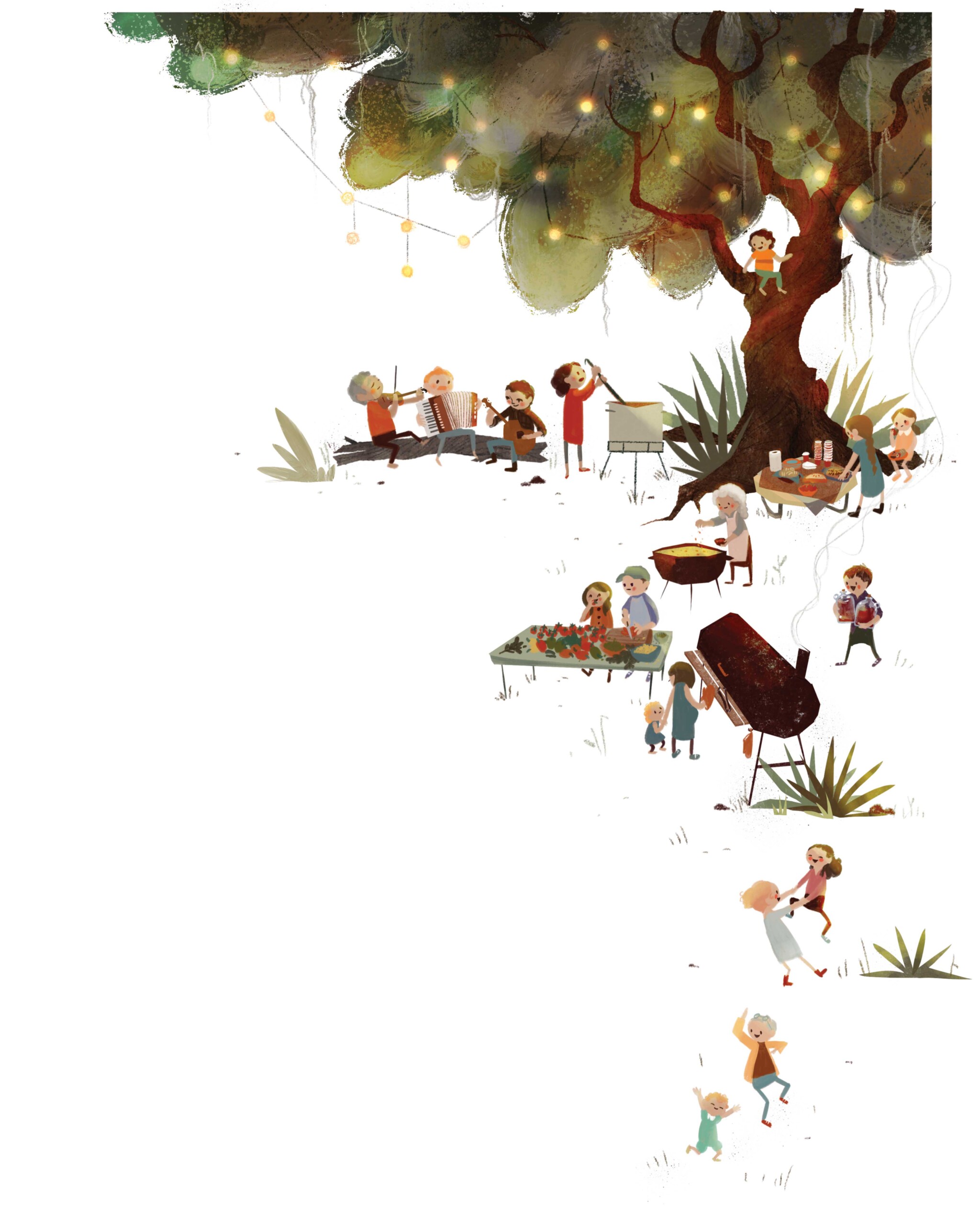 Before setting foot in Acadiana, I knew I loved it. In 2011, I watched the “Cajun Country” episode of “Anthony Bourdain: No Reservations.” Bourdain takes part in a boucherie with Toby Rodriguez. At the time I was living in Texas and had no idea that in two years, I’d live in Louisiana or that I would one day meet Rodriguez and join in one of his boucheries. But as I watched the boucherie and witnessed the celebration of Cajun culture unfolding on my TV screen and that day, something deep in my DNA was activated. I had such an intense feeling of longing to be there, that I cried. Now, looking back, it’s no surprise that I ended up here and have trouble envisioning myself living in any other place. From the first time I set foot in the region, I’ve felt a sense of something familiar.

Perhaps it’s because I’m originally from a part of Kentucky that has its own version of a boucherie — a pig roast. We gather in the fall, dig a pit in the ground and cook a hog. The primary difference is, rather than butchering the hog first and cooking, smoking or otherwise preparing and preserving the various parts, we cook it whole, feast on what can be eaten that day and send the rest home with participants. Clearly, it’s not as forward-thinking as the Cajun version, because everything has to be eaten within a few days and not stored. But having attended both, I can say the two practices share the same spirit of community. Oh, and music is a big part of each, too. Don’t even get me started on the similarities between Cajun music and bluegrass.

The longer I live in South Louisiana, the more likenesses I discover between where I’m from and my chosen home. For example, my grandmothers were both Appalachian. My father’s mom would sometimes talk about “the old women” who’d suggest certain practices to, for example, get rid of a wart, or cure some other ailment. I know now that these women were “granny women” or deeply Christian women of faith who were also herbalists, or folk or faith healers. They ministered to the Appalachian people who were ill or who had been injured. Much like Cajun traiteurs and traiteuse. These practices were brought with the Appalachians from Scotland and Ireland (and enhanced by Native American practices), where many in the region had emigrated from in the 1700s and 1800s, fleeing everything from famine and poverty to religious persecution. Much like the Acadians who were driven out of Acadia and settled in southern Louisiana to build a new life.

While the deep love and respect of the land, animals and community, and intense love of food I saw reflected on my TV screen that auspicious day are what drew me to this place, it’s that, the people and so much more that turned it into my beloved home.

Melanie Warner Spencer is the managing editor of Acadiana Profile and three of its sister publications, as well a photographer, book editor and coauthor. Spencer is a more than 20-year veteran reporter and editor, having worked on staff and freelance for various city newspapers, magazines, news wires. A native Kentuckian, she got got to Louisiana as fast as she could.

Categories: Around The State