A Man & His Pirogue

Take away all the petroleum plants. Remove the ship-builders, the medical centers, the high-tech dreamer, the hot pepper packers, the doctors, the lawyers and all the folks in the service industries. Take away all of them and go back to the ancient days when business in Acadiana was at its simplest: man relating to the water. Back then, the hum of industry was the pounding, sawing, sanding and chiseling of the pirogue builder.
If ever Acadiana forgets about the pirogues and the role the slick craft played in its in its history, it will have lost its soul. From the beginning, pirogues were the chariots of the bayou entering channels and navigating stumps where few other crafts could go.

Building pirogues is a lost art, but an art nonetheless. Though the experience is endangered, it’s not extinct. There is hope. On these pages, Henderson resident Tony Latiolais shows how it is done. There are many bigger and more prosperous businesses in Acadiana, but none, like a vine encircling a cypress knee, so wrapped to our past. Perched on that knee a spoon billed roseate watches a pirogue silently glide by. 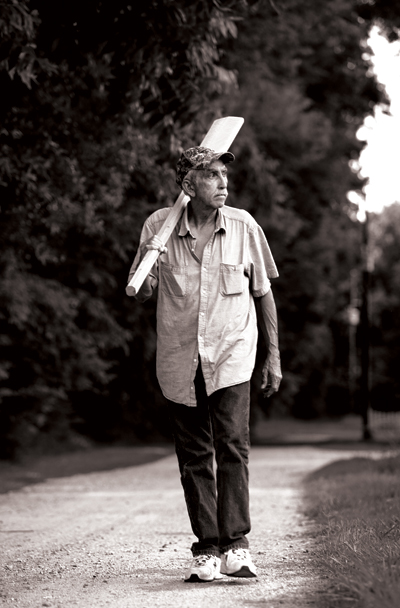 At age 62, Henderson native Tony Latiolais has been hand-crafting cypress pirogues for decades. It’s a skill, a Cajun tradition and a labor of love passed down from his father, who taught him carpentry. Tony’s late older brother, Albert, was also a skilled craftsman who participated in the boat-building exhibition at the 1984 World’s Fair. 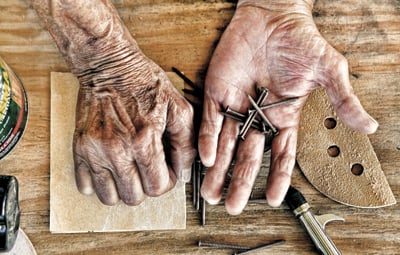 The high-quality, durable bronze nails that Latiolais uses are ordered from Jamestown Distributors in Virginia. He says one pirogue will contain somewhere between 400 and 500 nails. 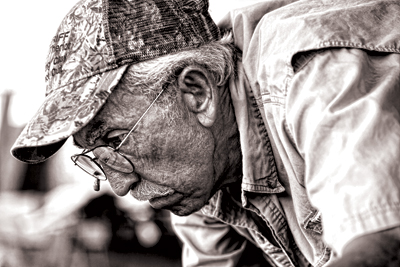 Here, he is pictured measuring the two pieces of cypress to a point for the bow of the boat. This requires full concentration, fine-tuning and occasionally starting over. 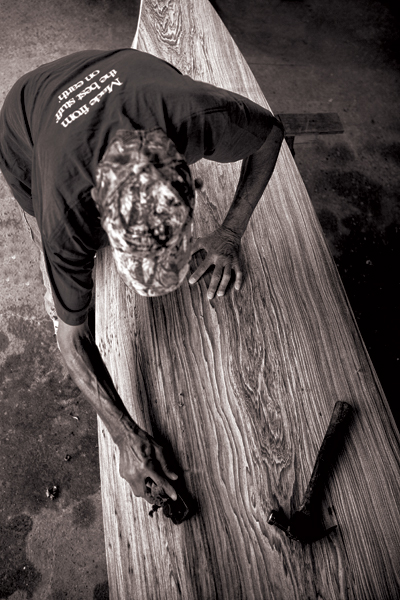 Always a perfectionist, Latiolais sands the cypress wooden pirogue to get it as smooth as possible before applying a lacquer coat, which must be done early in the morning under prime conditions – little or no breeze, so that no debris, leaves or bugs get stuck in its coating as it dries. 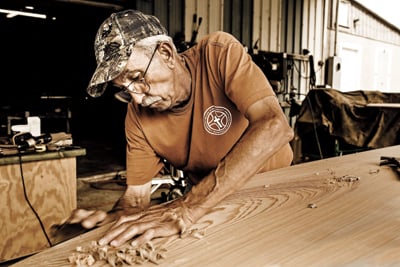 Latiolais meticulously shaves the cypress wood down with a planer. to even out the texture. 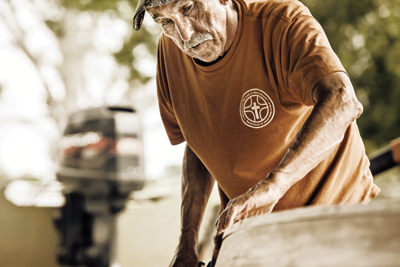 Most of the cypress boats that Latiolais creates are collector’s items, to be displayed rather than taken on the water for daily use. Most hunters and fishers these days use pirogues made out of steel, though some of his clients take the cypress boats out for special occasions. 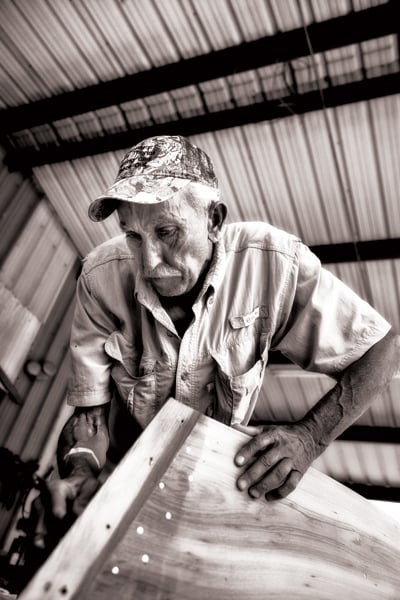 Latiolais’ pirogues are made of cypress planks from Atchafalaya Basin bayous and rivers. Pictured here is the sharp bow of the boat that can seamlessly glide through the water – often the same water from where it originated. 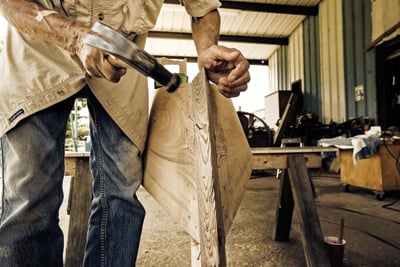 Each pirogue measures 14 or 15 feet long and takes around-the-clock work for about two weeks. 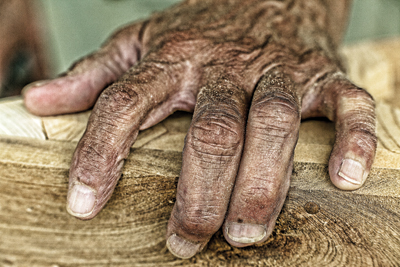 Latiolais’ hands are one of his most prominent physical features, weathered and tough. They are also the hands of a musician – he once played in the band Beausoleil and has performed alongside numerous other Cajun artists. 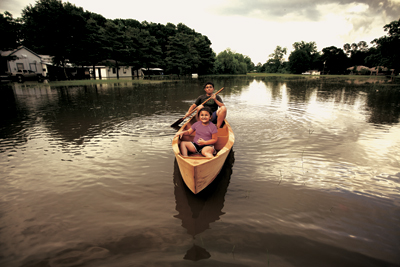 Latiolais’ grandson, Ryland Calais, steers the pirogue in a nearby bayou with his cousin, Taetan Latiolais. 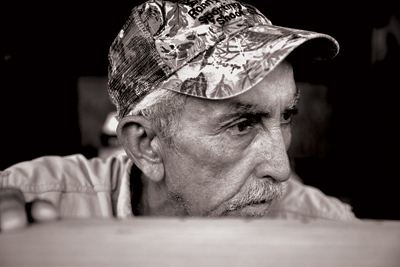 Latiolais concentrates on the physical details of the boat, along with the mechanisms. Each boat is both fully functional and visually appealing. “I don’t build them all the time,” he says. “I used to build houses and I did this in my spare time.” 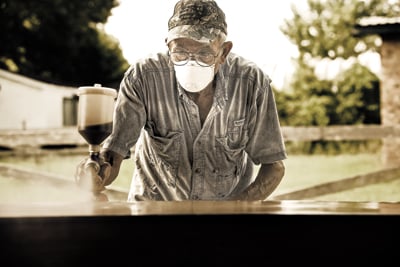 Here he applies another coat of lacquer onto the pirogue. He estimates that he has built about 75 or 80 boats in his lifetime.