Nearby Rockport is a top birding destination with more than 500 feathered species on record. Every fall, Rockport and neighboring Fulton draw thousands of bird buffs for the Hummer/Bird Celebration, spotlighting the annual migration of hummingbirds, but spring visitors will also see these fast-moving birds returning through the area on their way north to their summer homes. Near Rockport, the Aransas National Wildlife Refuge is a birding hot spot, known as the prime wintering ground for the endangered whooping crane, and home year-around to hundreds of other bird species.

Grab a towel and head for Galveston Island. The city itself, located on the island’s eastern end, is home to The Strand, a 36-block business district that in the late 19th century earned the nickname the “Wall Street of the Southwest.”

Today, trolleys clang along the historic streets, passing specialty shops and restaurants housed in one of the nation’s largest collections of Victorian commercial architecture. The district is also home to the Elissa, a restored 1877 tall ship berthed at the Texas Seaport Museum. The museum showcases the history of this port called the “little Ellis Island,” second only to the New York site as an immigration station.

The energy level at beaches on the island varies from quiet “pocket parks” on the west end to bustling East Beach, nicknamed the Party Beach. Families often head to Stewart Beach where it’s not uncommon to see sandbuilding competitions underway.

Along with the island’s beaches, schedule a day for a visit to Moody Gardens, one of the coast’s largest attractions with a resort hotel, spa, restaurants, and plenty of activities. Take your choice between an aquarium housed in a pyramid; IMAX 3-D, 4-D,and Ridefilm theaters; a golf course; the fun-filled science Discovery Museum; and, on Palm Beach, blue water, waterfalls and some of the island’s whitest sand. One of the biggest draws here is Moody Gardens’ Rain Forest Pyramid where you will see 1,000 species of exotic plants and animals from the rainforests of the world. 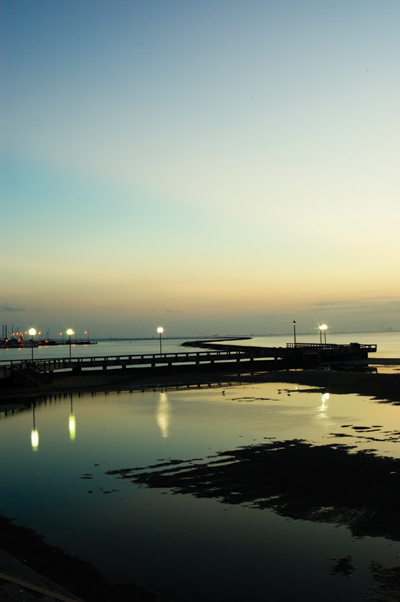 Heading south along the coast, the Coastal Bend is another top getaway destination, spanning a stretch that includes Corpus Christi as well as small beach communities such as Rockport/Fulton and Port Aransas.

Corpus Christi was charted in 1519 by Spanish explorer Alonzo Alvarez de Pineda, and for several years the coastal area was of interest mainly to pirates who used its bay and islands as hideouts. With that rich maritime history, it’s natural that the city should be home to the Ships of Columbus at the Corpus Christi Museum of Science and History. These life-sized recreations of the Columbus fleet were built by the Spanish government to commemorate the 500th anniversary of the explorer’s voyage. You can board several of the vessels, and tour museum exhibits that explain more about the Spanish voyages. Also downtown, visit the free Texas Surf Museum to view displays and watch film clips on hanging ten, especially along the Coastal Bend.

Across the Harbor Bridge, the U.S.S. Lexington Museum on the Bay can’t be missed. Self-guided tours of the most decorated aircraft carrier in U.S. naval history explore many of the ship’s levels. Nearby, the Texas State Aquarium showcases the sea life of the Gulf with many hands-on exhibits and spectacular displays like Dolphin Bay, a protective habitat for dolphins that cannot be released into the wild.

Corpus Christi is also the gateway to Padre Island National Seashore, named for the priest who managed a ranch on the island in the early 19th century. The beach is known for its seaside fun as well as four-wheeling. Of the island’s nearly 66 miles of beach, 55 are accessible only by four-wheel drive.

Although much of Padre Island is undeveloped, you’ll find many commercial establishments on neighboring Mustang Island. One of the best stops is Mustang Island State Park, where showers, restrooms and camping are available. Nearby lies Port Aransas, a laid-back community with a resort atmosphere. Drive along the beach (you’ll need to purchase a permit to park), romp in the waves, rent a condo and dine on fresh seafood. If you’re traveling with your dog, Port Aransas is also one of the most dog-friendly coastal destinations with fido-friendly condos, and many al fresco restaurants that welcome your four-legged family member. One resort, A Laughing Horse Lodge, especially appeals to travelers and their canines with special features like self-service dog washes after a sandy day on the beach. 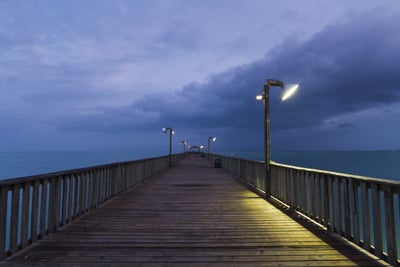 All too often, this southern island is mistaken for her sister, Padre Island. Originally, the two were one single island. In 1964 South Padre Island became a separate entity with the completion of the Port Mansfield Gulf Channel. Today South Padre is the capital of tourism in this tropical tip of Texas.

South Padre stretches for 34 miles, hugging the Texas coastline as a protective barrier against Gulf storms. At its widest point, the island is only a half-mile across, providing every one of the 5,000 hotel rooms with an unbeatable view. For some visitors, the chance to enjoy miles of pristine beach is reason enough to journey to South Padre. Miles of toasted sand invite travelers to enjoy some wave hopping in the surf.

Your entrance to South Padre will be through the community of Port Isabel. Since 1853, the Port Isabel Lighthouse has overlooked the Gulf of Mexico, South Padre Island, and the surrounding region. Today the lighthouse, the only historic lighthouse in Texas open to the public, invites you to visit. The lighthouse is part of the Museums of Port Isabel, which also include the Treasures of the Gulf Museum and the Port Isabel Historical Museum, focusing on three Spanish shipwrecks and artifacts from the U.S. – Mexican War.

From Port Isabel, it’s a quick hop over the causeway to South Padre Island. Hotels are connected by a trolley system so you can park your car and explore attractions like Schlitterbahn Beach Waterpark on South Padre Island, filled with hundreds of palm trees and rides that range from slides to bodyboarding.