While there will be no “dashing through the snow,” in Louisiana, a traditional table setting is a dashing choice for Christmas. Luxuriant greens and reds pair beautifully with gold accents and will never go out of style. A charger plate like this one adds more texture — and glam! 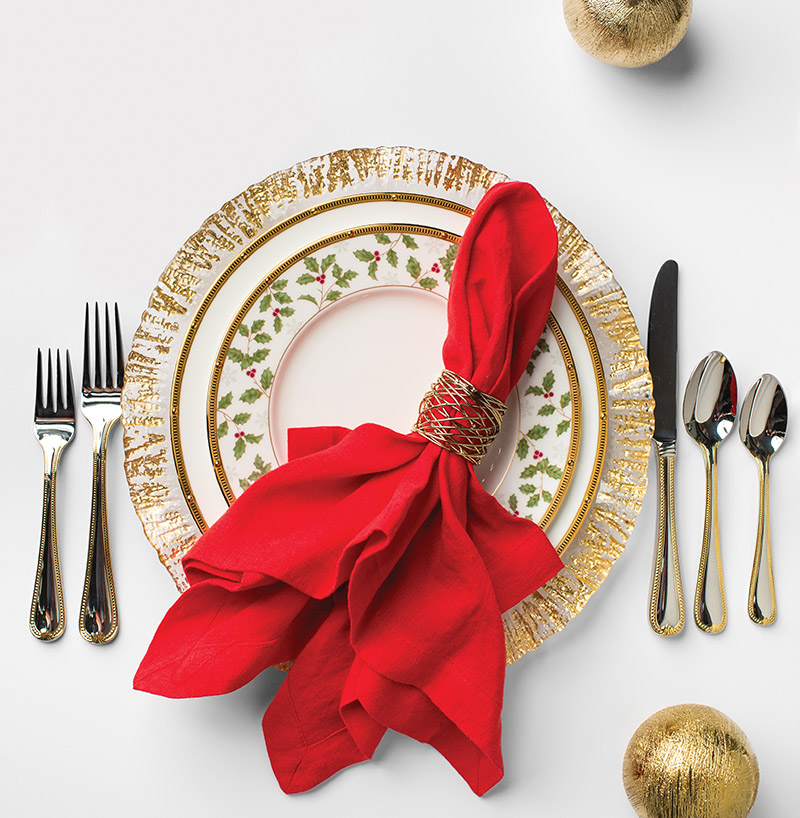 A TOUCH OF GOLD

Taking traditional Christmas décor up a notch this year? It is easily — yet opulently — achievable with gold accents. The warm metallic exudes comfort and luxury at once.

by Philippe Calais at Pamplona

Shake in a cocktail shaker, strain over ice in a Collins glass and top with Prosecco.

We have officially entered our modern roaring ‘20s! A New Year’s Eve setting with geometric designs in black and white is an artful way to incorporate art deco style without going into Halloween territory. Cocktail glasses with added sparkle and gold ornaments nod to the lavish lifestyles depicted in “The Great Gatsby,” and the tiny daisy plate is a nod to the novel’s own Daisy Buchanan. 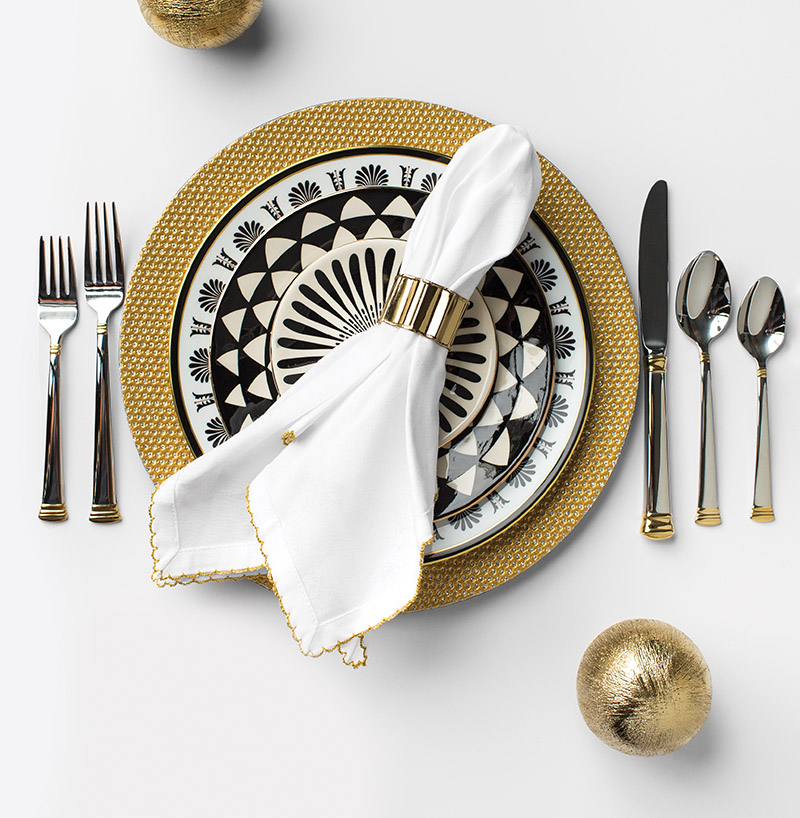 Playful and cool, mixing prints with geometric shapes is a modern move reigned in by a sharp and understated black and white palette.

by AJ Gribble at Tap Room

Shake with ice then strain into champagne flute, top with Prosecco. Garnish with expressed lemon peel.

Mardi Gras colors are high contrast, offering royal purples, lush greens and happy yellows to play with in your table setting. Playful yet elegantly dyed linens are a delight, as is the addition of the fleur-de-lis and mask ornaments to the table. Complete the setting with utensils with touches of gold for a regal touch. 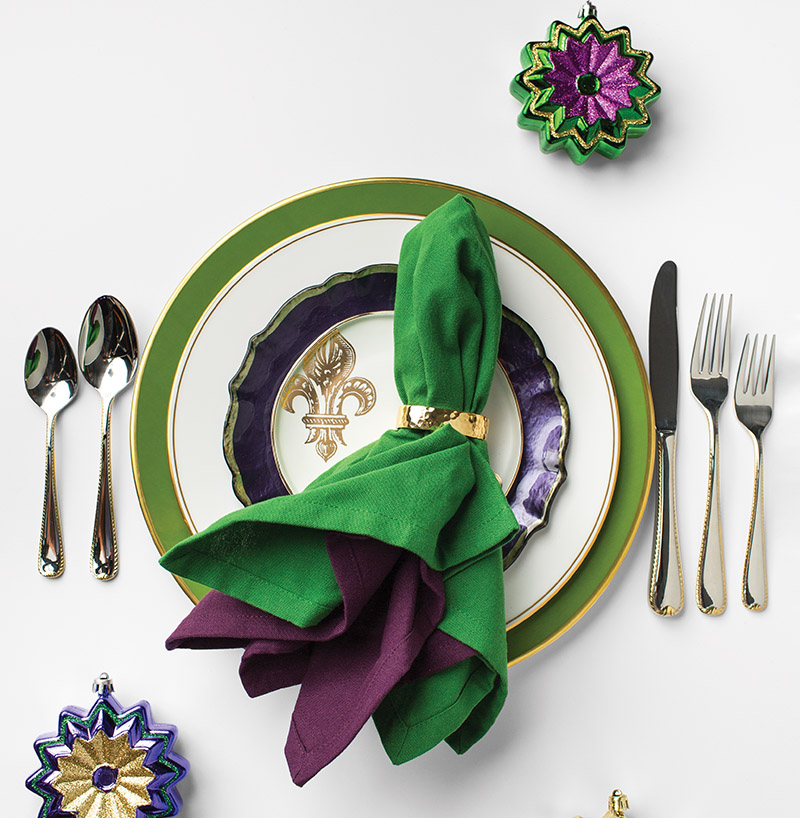 Mardi Gras’ royal roots are evident in the holiday’s prevalence of purple. Play with color. Forget go-cups and go for sparkling crystal.

by Erica Espinoza at Spoonbill

Shaken and served up into a coupe glass and garnished with a lemon twist.